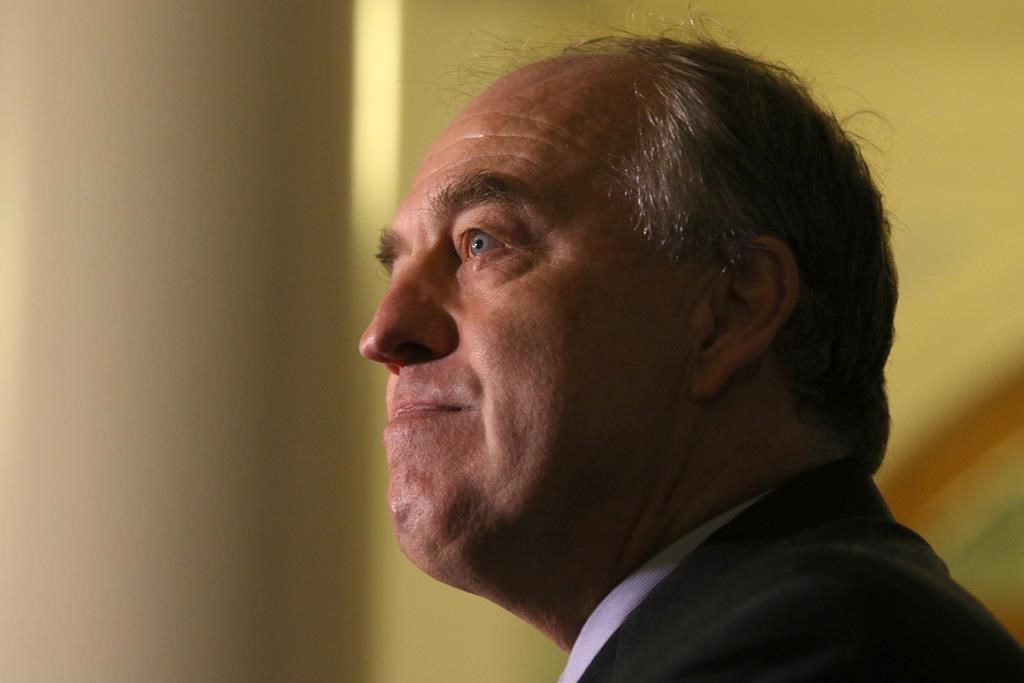 B.C. Green Party leader Andrew Weaver announces that he won't be running as leader in the next provincial election during a press conference at the Hall of Honour at B.C. Legislature in Victoria, B.C., on Oct. 7, 2019. File photo by The Canadian Press
Previous story
Next story

A former Green leader in British Columbia who made history when he won a seat in the legislature is leaving the party to sit as an Independent.

Andrew Weaver said Wednesday he wrestled with the decision about his future for months before finally deciding he needs more time to focus on health issues facing his family while still fulfilling his duties as a member of the legislature.

The Greens said Weaver's decision to leave does not threaten the deal the party has to support the minority New Democrat government.

"MLA Weaver has been very clear to our party that he intends on continuing to sit as MLA for Oak Bay-Gordon Head and that he continues to support the stability of the minority government," said Interim Green Leader Adam Olsen.

Weaver did not attend a news conference at the legislature about his departure.

Olsen said Weaver approached the party about sitting as an Independent because he needed to better balance his work and health obligations.

"We were notified that he intended on leaving caucus to sit as an Independent and the rationale was that he felt this was the best way for him to be able to address the significant health challenge," Olsen said. "We support that decision and we helped facilitate the transition."

Details of the health challenges facing Weaver's family were not released.

Weaver was diagnosed with an inner ear inflammation that affected his balance after going to the hospital in September.

The B.C. Greens, who held three seats in the legislature prior to Weaver's announcement, reached a confidence and supply agreement with the NDP following the 2017 election that resulted in the New Democrats forming a minority government.

When Weaver takes his seat in the legislature as an Independent, there will be 42 B.C. Liberals, 41 New Democrats, two Greens and two Independents. The other Independent is Speaker Darryl Plecas.

The Greens plan to choose a new leader this summer.

Last October, Weaver announced he will not seek re-election in 2021. Weeks later, he announced he was stepping down as leader, paving the way for B.C. Greens leadership contest.

Weaver said he will start sitting as an Independent member of the house on Monday.

He is an internationally recognized climate scientist who was first elected to the legislature in 2013. He became leader of the party in 2015 after he was elected as the first Green in the legislature.

Weaver also announced he will return to the University of Victoria to resume his academic career following the completion of his term in office.

Olsen said Weaver has had a wide-ranging impact on the legislature and he looked forward to working with him.

"I'll just say that I worked closely with Andrew over the last few years and I certainly appreciate his bringing some very important issues around climate change to the table."

B.C. Green Leader Andrew Weaver steps aside, party to elect next leader in 2020