Climate activist refuses Siemens' offer of seat on energy board 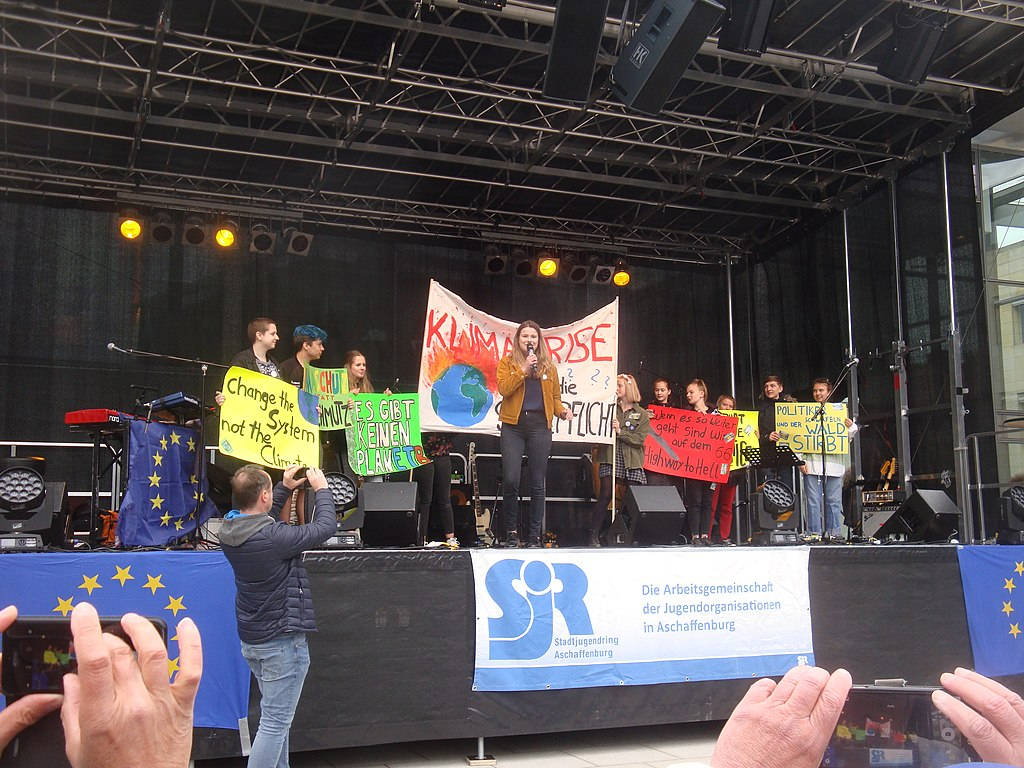 The leader of Germany’s Friday for Future climate protests has said she turned down a seat on the board of Siemens’ new energy business amid growing anger over its role in a controversial coalmining project in Australia as she feared she would lose the right to criticise the company.

Luisa Neubauer, 23, the German face of the campaign group inspired by Swedish activist Greta Thunberg, who has campaigned alongside her, said on Monday the position would jeopardise her independence if she had taken up the offer from its chief executive, Joe Kaeser, made at a meeting in Berlin on Friday.

The two met as protests by Fridays for Future and Extinction Rebellion were held in 40 cities across Germany, including outside Siemens’ Munich headquarters, against a central Queensland coalmine that will open up one of the world’s biggest untouched coal basins. Neubauer had hoped to persuade Kaeser to withdraw from the project, for which Siemens has won an €18m contract to provide the rail infrastructure.

At the meeting in Berlin, Neubauer was offered a position by Kaeser in either the supervisory board or leadership council of Siemens Energy, a spin-off business which hopes to head a new generation of energy-efficient technology. It is due to split from the main company in the spring and to go public in September on Germany’s Dax index.

She said on Monday she had turned down the offer. “If I were to take it up, I would be obliged to represent the company’s interests and could never be an independent critic of Siemens,” she explained. “That is not compatible with my role as [a] climate activist.”

The Carmichael mine was approved by the Austalian government in June and will be run by the Indian company Adani. It has become a cause for climate protesters who disapprove of a project which will contribute to global heating – especially at a time when large parts of Australia are already being wracked by bushfires blamed on the climate crisis.

Kaeser, who has made much of the company’s pledge to become carbon neutral by 2030, last month tweeted his recognition of the activists’ complaints about the mine, promising he would “diligently look into the matter” and “get back” to the protesters. He pointed out a decision would “not be easy” due to the various interest groups involved, including shareholders, customers and the public.

But on Sunday, following an extraordinary meeting of Siemens management, Kaeser announced the company was to go ahead with the project as it was legally obliged to remain committed to it, adding that at the same time it would become increasingly watchful of environmental concerns.

“We have evaluated all the options and have concluded that we must fulfil our contractual obligations,” he tweeted. He promised the company would improve its future management of “protecting the environment” by establishing what he called “an effective Sustainability Board”.

Activists say the coalmine project will produce an annual 27.5m tonnes of coal and will contribute to global heating. They also point to the vast amounts of water it will require, as well as destruction of habitat and the need to transport the coal via the Great Barrier Reef, the largest coral reef in the world.

The Australian Conservation Foundation called the decision “disastrous”, and pledged to continue its protests against the mine. It added: “With this decision, the company is showing its true face ... its climate change strategies have been revealed to be meaningless and hollow.”

Neubauer has referred to the Siemens’ project as an “inexcusable mistake”.

She told the news agency DPA: “We asked Kaeser to do everything possible to stop the Adani mine. Instead he will now profit from this disastrous project.

“This is so last century, and Joe Kaeser is making an unforgivable mistake,” she added, emphasising that Siemens’ decision threatened climate goals to reduce the rise in global warming by two degrees.