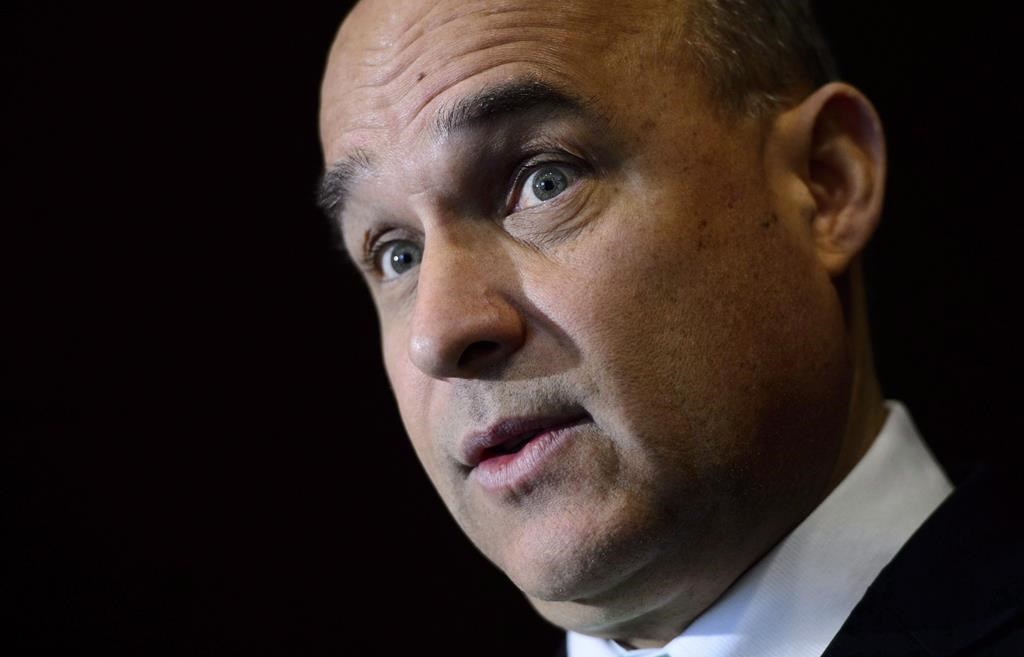 Jim Balsillie, Council of Canadian Innovators, arrives to appear as a witness at a Commons privacy and ethics committee in Ottawa on Thursday, May 10, 2018. File photo by The Canadian Press/Sean Kilpatrick
Previous story
Next story

Canada's competition watchdog is looking into a complaint about the data-harvesting practices of the main federal political parties.

In its complaint to the commissioner of competition, the Centre for Digital Rights flagged what it calls the large-scale misuse of big data and targeted digital advertising of the Liberal, Conservative and New Democratic parties.

The centre, established by businessman and philanthropist Jim Balsillie, released a letter Wednesday from the Competition Bureau saying it had begun an investigation of the complaint.

Information about prospective voters is helpful to political parties for everything from door-to-door canvassing to shaping platforms. In the age of algorithms and vast databases, there are new concerns about how parties use such information to track and target people.

The centre says the parties' use of personal information undermines the trust of Canadian voters "in the marketplace of goods, services and ideas" and contravenes the prohibition on deceptive marketing in the Competition Act.

It argues that while a political party conducts "a different shade of business" from a company that sells regular products or services, it is not excluded from competition law, said Bill Hearn, a lawyer for the digital-rights centre.

It awaits responses from those agencies.

The centre is pushing for revision of the federal privacy law covering the private sector, the Personal Information Protection and Electronic Documents Act, to apply expressly to political parties, constituency associations, candidates and candidate nomination contestants.

Even now, the centre argues, the federal parties use and disclose the personal information they collect from Canadians for purposes a reasonable person would consider contrary to their respective privacy policies, a violation of the requirements under the privacy law that people give "meaningful consent" for what happens to their data.

The digital-rights centre will "go to the courts" if privacy commissioner Daniel Therrien decides he lacks authority to investigate the complaint, Hearn said in an interview. Therrien is not the ultimate arbiter of the jurisdictional question, he said — the courts are.

An internal analysis by the privacy commissioner found last year that the major political parties failed to ensure people gave valid consent to the collection and use of their personal information.

The policies also fell short on setting out specific limits on use of the data, details of how long information is kept, the use of security safeguards on storage systems and the ability of people to see the collected information to check its accuracy, said a report on the findings.

The Canadian Press obtained a copy of the internal report, completed in late August, through an access-to-information request.

Experts call for transparency, oversight around how political parties mine data