Volkswagen pleads guilty to all Canadian charges in emissions-cheating scandal 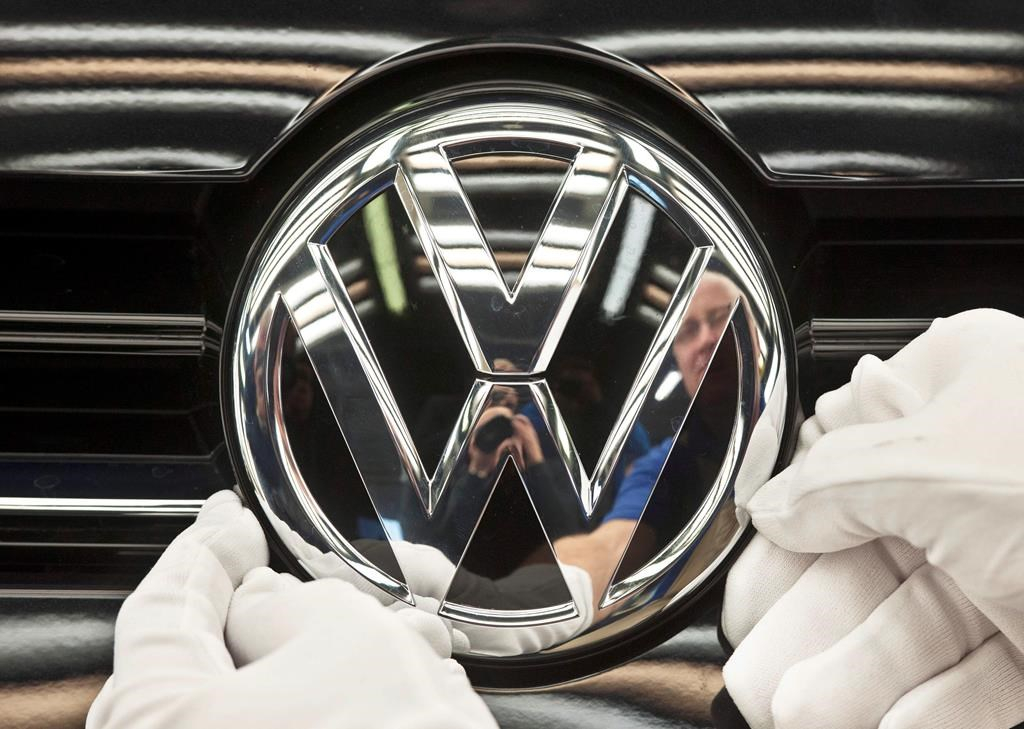 A worker fixes a sign at a Vlkswagen Golf car during a press tour in Zwickau, central Germany on Nov. 9, 2012. File photo by The Associated Press/Jens Meyer
Previous story

Volkswagen pleaded guilty to dozens of Canadian charges in a wide-ranging emissions-cheating scandal on Wednesday, admitting — among other acts — to secretly importing cars that violated polluting standards.

The German automaker and the Crown submitted an agreed statement of facts in a Toronto court, acknowledging the company imported 128,000 Volkswagen and Audi vehicles, along with 2,000 Porsches, that violated the standards.

Reading from the statement, prosecutor Tom Lemon noted that certain supervisors and other employees at Volkswagen "knew that VW was using software to cheat the U.S. testing process," the results of which are used by Canadian authorities.

The federal government charged the auto giant last month with 58 counts of illegal importation under the Environmental Protection Act and two counts of providing misleading information.

The statement of facts notes that the automaker has already tried to make some amends in Canada.

Volkswagen "has devoted significant resources to, and undertaken extensive measures for, the remediation of the subject vehicles," Lemon read in court.

"VW settled Canadian consumer claims by providing compensation and benefits for emissions modification and buyback options to remediate the subject vehicles ... or remove them from the road."

Those settlements, according to the document, provided benefits "of up to a potential maximum" of $2.39 billion, and were completed by Aug. 31, 2019.

In court last month, defence lawyers said they intended to plead guilty, but the resolution was delayed while three people sought to make victim-impact statements and provide other input.

Ontario court Judge Enzo Rondinelli ruled against them, saying it's not their role to prosecute the company accused of harming them.

Lemon said at the time he would gather victim impact statements and review them before submitting them to the court on Jan. 22, in line with the typical process.

On Wednesday, prosecutors argued that the "community impact statement" turned in to them was not admissible in court. The seven-page document — accompanied by 520 pages of reference materials — was an attempt to enter untested expert testimony into the record, they said.

Rondinelli will now weigh whether to accept that document.

Volkswagen previously pleaded guilty in U.S. court to three felonies in 2017 and was fined $4.3 billion. German prosecutors fined the company one-billion euros in the emissions-cheating case in 2018.

Several company executives and managers were also charged in the U.S. and Germany, and some were sent to prison.

Volkswagen to plead guilty on environment charges in Canadian court