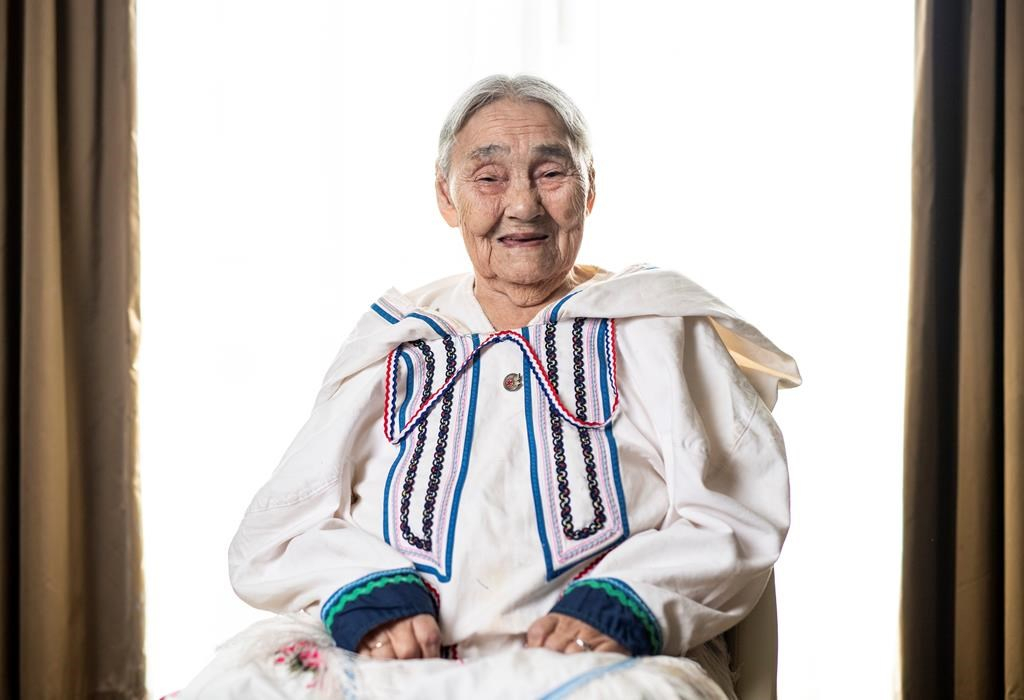 Qapik Attagutsiak, a 99-year-old Inuk woman, will be the guest of honour at a ceremony Monday to recognize the little-known contribution by Inuit communities to help Canada and the Allies during the Second World War.

Canadians across the country were encouraged to salvage whatever waste materials they could, including metal, rubber, paper and rags, which were then recycled into various items for the war effort.

The call for raw materials also extended into the High Arctic, where Inuit communities were encouraged to collect bones that were then transported south and used in the manufacturing of ammunition and aircraft, as well as in fertilizer to grow food.

Attagutsiak's family was among those who helped with that effort, and even now she remembers collecting bags full of dogs that had died from disease, as well as walrus and seal bones, at the behest of a local Catholic priest who told them of the war.

Eighty years later, she is the last known survivor of Inuit who contributed to those efforts and will be recognized at a ceremony organized by Parks Canada and the Canadian Armed Forces at the Canadian Museum of History in Gatineau, Que.

While Attagutsiak says her family at that time knew little about the rest of world, they understood that their way of life was under threat and felt compelled to help however they could.

This report by The Canadian Press was first published Jan. 24, 2020.