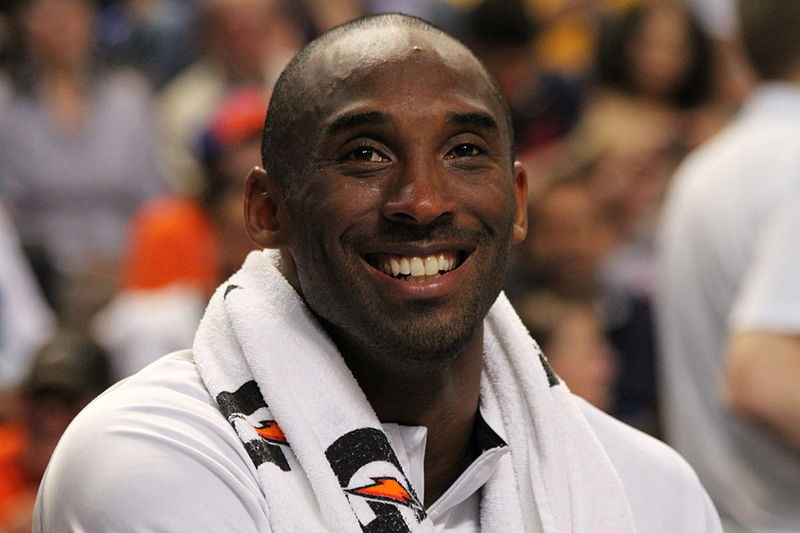 As my Sunday morning flight tracked low through the thick fog into LAX, the helicopter wreckage below was still burning, and we descended into a city riven by grief.

What’s hard to convey to a world that sees LA as a sequined city of glamour, palaces and dreams, is that it’s still a town. A town, incredibly, of dads and moms and kids and Sunday basketball.

A lot of people pass through on their way to some other future somewhere else. Some burn brightly, some burn out. Some stick around. But that’s just a sliver—the upscale red carpet LA of Hollywood and Beverly Hills.

Most everybody else—mainly Latino, but Black and Asian too—just slogs it out, working hellish hours, roofing under a blazing sun, or working cash registers, driving trucks, opening little restaurants and trying not to close them. Cleaning hotel rooms.

Sweeping out somebody else’s stardust as the sun comes up.

What knits the city together are their sports teams. The Dodgers at Chavez Ravine, the Rams, the Kings and the Clippers.

You see it at the games. Beyoncé and Nicholson and Selina sitting just a few feet away from the folks who saved for months to take their kids to their only game ever. That the Lakers are a family business is just part of the crazy homespun patchwork of the place. It’s why this is all so personal. It's family.

Kobe’s jerseys and posters have adorned kids’ bedrooms in every neighbourhood from Compton to Boyle Heights to Little Tokyo to Bel Air. They've been there from the day he hit town at 17, too young to even sign his own NBA contract.

Angelenos have known his Latina wife, Vanessa, almost as long, since she was a teenager too. She taught him the Spanish mother tongue spoken by almost half his city.

And the sexual assault.

Was it too much to ask that the family make it through just one day of unimaginable grief without someone dredging that up?

Too many have been silenced for too long to expect anything else. And look what happened—job suspensions and death threats. Women’s rights advocates hounded into hiding for mentioning it. If anything tells us sexual assault should not be ignored, it’s this.

And yet, in taking the measure of a man on his last day, it’s important not to define him by his worst.

For in Kobe Bryant, there is also transcendence, redemption, grace. And love.

If Kobe never fully atoned for the assault, apart from a carefully worded letter of apology, it transformed the arc of his life and career.

On the court, he was brilliant, insufferable, ruthless, feared, despised and worshipped. He embodied insatiable ambition—a will to dominance that included the humiliation of his rivals.

In a revealing moment discussing another athlete’s aggression, Kobe spoke of the “ugliness of greatness.” Some inexplicable rage was surely the dark imprimatur of his life’s First Act. Everyone who knew him saw that side, too, and looked past it.

This was the Kobe who went to Colorado in the summer of 2003. The 24 year old whom life and endless adulation had taught was entitled to everything. He didn’t learn that on his own. We taught him that.

On a dime, all of it changed.

Every sponsorship disappeared, save Nike, which stood by him. He was booed in Denver and on every court in every town.

He fought with his most important allies, Shaquille O’Neal and Phil Jackson, two of the greatest talents in the game. Both were gone at the end of the season.

The grand dynasty had collapsed, and Kobe’s Lakers would miss the playoffs for the first time in his life.

Everything that had once seemed so easy was over.

The road back was long and punishing, filled with years of pain and desolate losses, before victory and championships finally returned.

The man that emerged from that journey was still unmistakeably Kobe, but transformed.

The man that emerged had learned something along the way, if not humility, then responsibility.

How to win again, and so much more. He was curious and engaged. He backed up Colin Kaepernick in the era of Trump, calling for courage from his fellow athletes. He stood up for LGBTQ rights, apologizing for earlier transgressions.

And to a man whose professional life was wholly dominated by male aggression, Fate dealt the ultimate coup de grâce. It gave him only daughters.

That too changed Kobe.

Asked in one of his most recent interviews what post-retirement plans he had for the next 20 years, Kobe Bryant said he was committed to creating better opportunities for inclusion and gender diversity in the entertainment industry, where he'd formed a production studio.

“I have four girls, so my mission is to make sure women have opportunities that they haven’t been afforded.”

It was a long way home. But as he always did, Kobe Bryant made it in time.

On Sunday, a Los Angeles husband and father of four died taking his daughter and friends to their Sunday basketball game.