Oilsands producer Cenovus to give $50 million for Indigenous housing 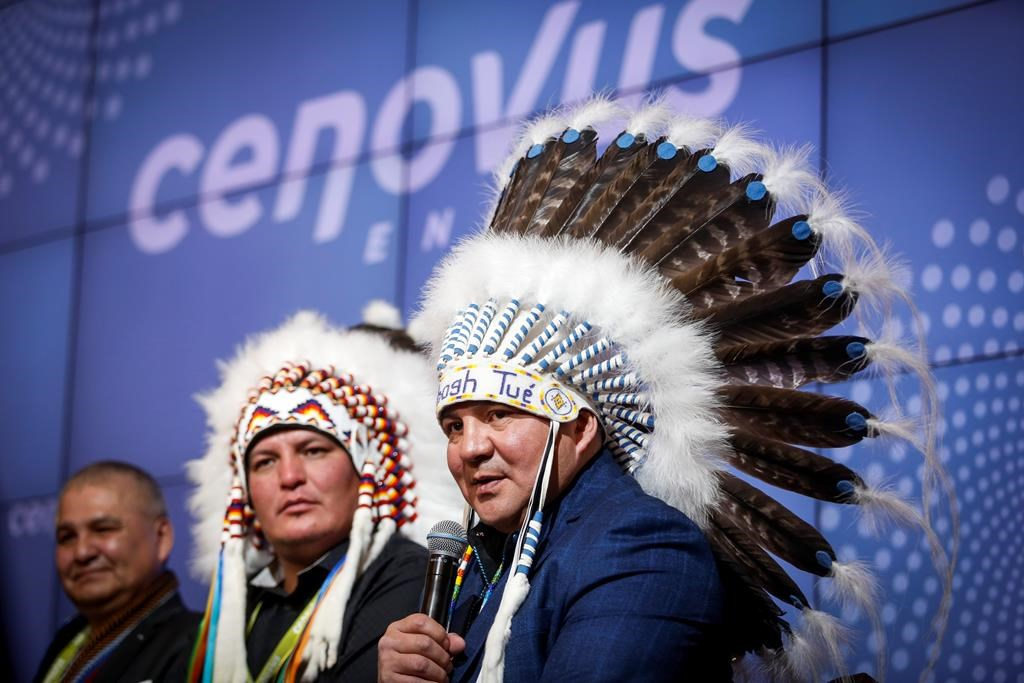 Indigenous leaders say they hope other companies will follow the lead of Cenovus Energy Inc. after it pledged to give $10 million per year over the next five years to support housing in six northern Alberta communities near its oilsands operations.

The money is needed because her community's housing resources are stretched to the limit and government funding is inadequate to address a growing population, said Shirley Paradis, a councillor for the Beaver Lake Cree Nation.

"Our communities are growing. Every day, there's a new child being born to a new family," she said at an event in Calgary to announce the initiative.

"With the funding we receive from the federal government, we're capped. ... It forces some of our members to relocate."

A video highlighting the plight of a family living in a small, rundown house in Conklin shows scenes that are all too common in the region, said Cenovus CEO Alex Pourbaix.

He said the idea for the housing fund came to him a little over a year ago on a tour of the small Indigenous village just northeast of the company's Christina Lake steam-driven oilsands operations.

"We drove around Conklin and I have to say I was just absolutely horrified by some of the living conditions that people were being forced to live in," he said.

The Chipewyan Prairie Dene First Nation has experienced a big dropoff in revenue from its businesses because of a lack of activity in the surrounding oilsands industry, said Chief Vern Janvier at the event.

"Our revenues in our nation have dropped to a third of what they were six years ago," he said.

"For our communities, it's huge for us to be able to access this much money to build housing for us with no strings attached and that's a whole new concept for me."

Cenovus says the $50 million is expected to be used to build about 200 new homes, employing local people who will gain experience and training in the process and may eventually go to work in the oilsands.

The program could be extended by five years with another $50 million if it meets Cenovus's performance expectations, Pourbaix said.

Cenovus pledged earlier this month to spend $1.5 billion with Indigenous businesses over the next 10 years, in addition to $3 billion spent there since the company was formed in 2009.

The oil and gas industry says that six per cent of the people it employs identify as Indigenous and that the oilsands sector between 2013 and 2016 procured goods and services at a rate of about $1.8 billion per year from Indigenous businesses.

Two years ago, oilsands producer Suncor Energy Inc. sold a combined equity interest of 49 per cent in an oil storage facility it built for its Fort Hills oilsands mine to the Fort McKay First Nation and Mikisew Cree First Nation for about $500 million.

A long overdue acknowledgement of what these piratical companies owe to Alberta's Indigenous communities. Now perhaps they will invest similar sums in cleaning up their toxic wastc, ensure potable water to the reserves, and restore the ruined habitat to make it possible for people to survive in their new housing!

Could they be trying to buy

Could they be trying to buy off these communities?

Our political system is not

Our political system is not working if these companies feel that they can get away with buying off the poorest citizens of our country by not paying appropriate taxation that should be covering all those that need our support.