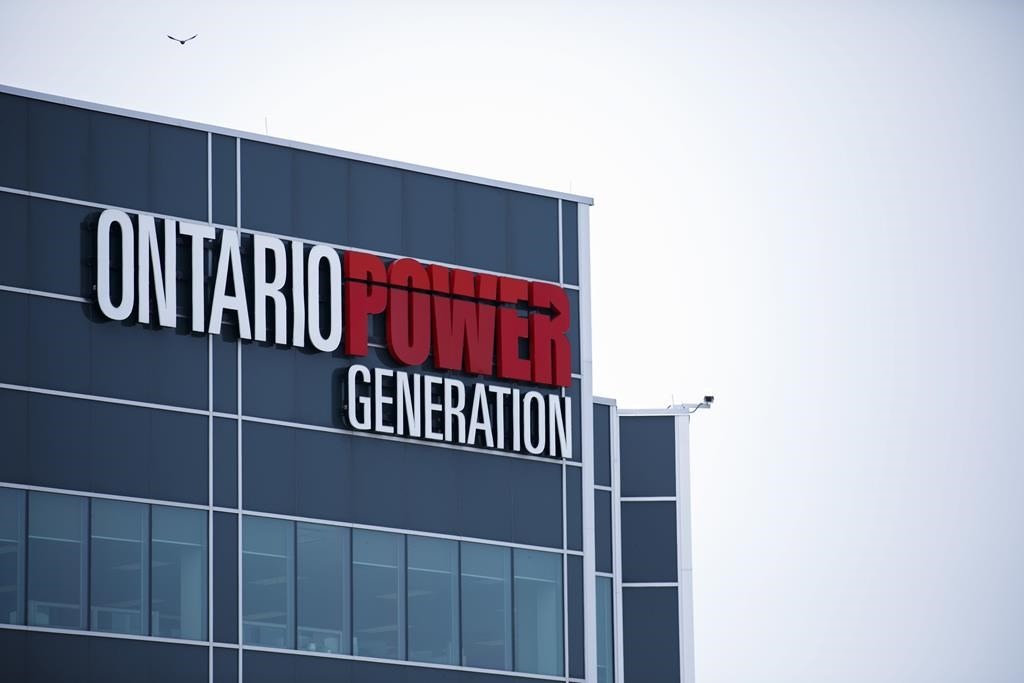 Ontario Power Generation signage is seen facility at the Darlington Power Complex, in Bowmanville, Ont., on May 31, 2019. File photo by The Canadian Press/Cole Burston
Previous story
Next story

An Indigenous community has overwhelmingly rejected a proposed underground storage facility for nuclear waste near Lake Huron, likely spelling the end for a multibillion-dollar, politically fraught project years in the making.

After a year of consultations and days of voting, the 4,500-member Saugeen Ojibway Nation announced late Friday that 85 per cent of those casting ballots had said no to accepting a deep geologic repository at the Bruce nuclear power plant near Kincardine, Ont.

"We were not consulted when the nuclear industry was established in our territory," SON said in a statement. "Over the past 40 years, nuclear power generation in Anishnaabekiing has had many impacts on our communities, and our land and waters."

The province's giant utility, Ontario Power Generation, had wanted to build the repository 680 metres underground about 1.2 kilometres from Lake Huron as permanent storage for low and intermediate-level radioactive waste. The project was tentatively approved in May 2015.

While Kincardine was a "willing host," the relative proximity of the proposed bunker to the lake sparked a backlash elsewhere in Canada and the United States. Politicians, environmentalists and scores of communities expressed opposition.

Successive federal governments have withheld final approval. In August 2017, then-environment minister Catherine McKenna paused the process — the last in a string of delays for the project — to ensure buy-in from Indigenous people in the area.

The generating company, which insisted the stable bedrock would safely contain the waste, items such as contaminated reactor components and mops, said it respected SON's decision.

"OPG will explore other options and will engage with key stakeholders to develop an alternate site-selection process," Ken Hartwick, head of OPG, said in a statement shortly after the vote was announced. "Any new process would include engagement with Indigenous peoples as well as interested municipalities."

The apparent end of the road for the project comes shortly after the federally-mandated Nuclear Waste Management Organization said it was making progress toward choosing a site for storing millions of far more toxic spent nuclear fuel bundles.

The organization, comprising several nuclear plant operators, said it had struck deals with landowners in South Bruce — about 30 minutes east of Kincardine — that will allow it to begin site tests. The only other site under consideration for high-level waste storage is in Ignace in northern Ontario.

Chippewas of Saugeen Chief Lester Anoquot called the vote — 170 for and 1,058 against — a "historic milestone and momentous victory" for the community.

"We worked for many years for our right to exercise jurisdiction in our territory and the free, prior and informed consent of our people to be recognized," Anoquot said. "We didn't ask for this waste to be created and stored in our territory."

At the same time, Anoquot said, the vote showed the need for a new solution for the hazardous waste, a process he said could take many years.

Ontario depends heavily on nuclear power for its electricity but a permanent storage solution for the increasing amounts of waste now stored above ground has proven elusive. The radioactive material, particular from used fuel, remains highly toxic for centuries.

"Permanent and safe disposal is the right thing to do for future generations," Hartwick said.

This report was first published by The Canadian Press on Feb. 1, 2020.

Why is it that white people

Why is it that white people think they are entitled to expect the Indigenous to accept our garbage and our nuclear waste? The arrogance is simply breathtaking. First we steal their land and then we steal their lives, their health, and poison the pitiful remnents of land that we have allowed them to borrow back from us. We ignore treaties with them, we jail them for objecting to our greed What kind of "no" will the white world honour?