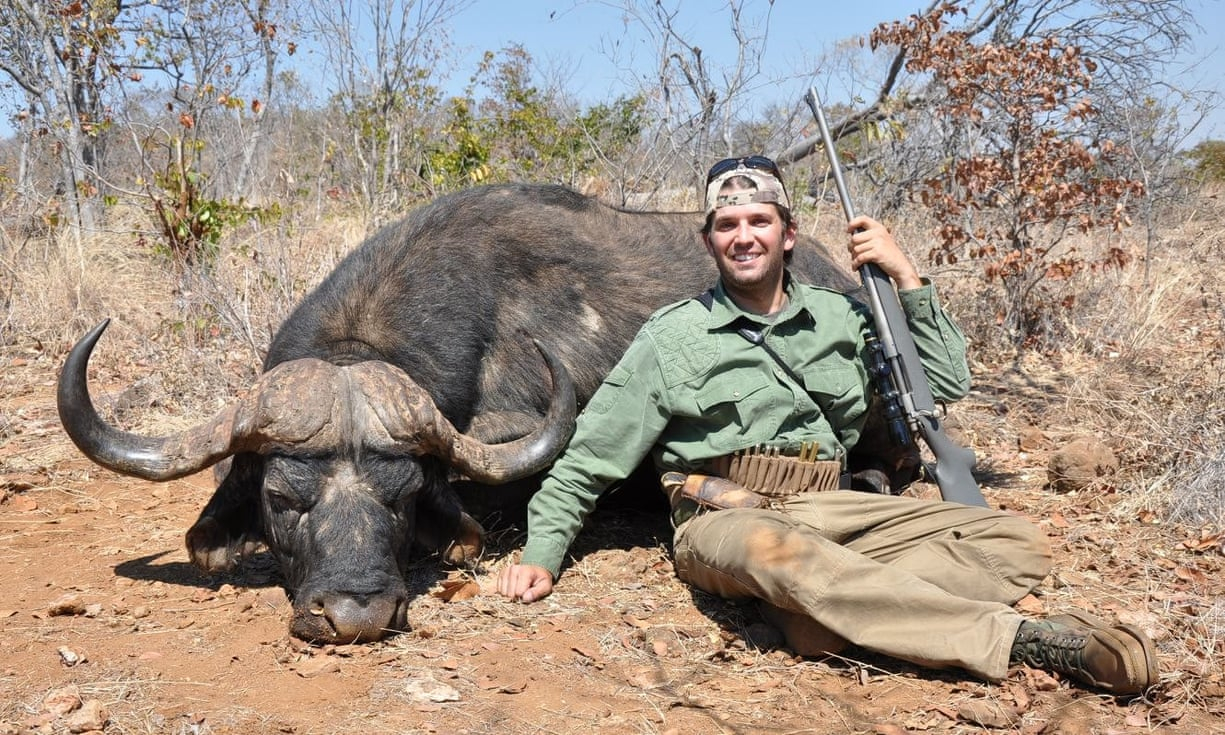 A week-long “dream hunt” with the US president’s son Donald Trump Jr is being auctioned at an annual trophy hunting convention in Reno, Nevada alongside expeditions to shoot elephants, bears and giraffes.

The four-day event organized by Safari Club International (SCI) and advertised as a “hunters’ heaven”, will culminate on Saturday with an auction for a week-long Sitka black-tailed deer hunt in Alaska with Trump Jr, his son and a guide. At the time of writing, bidding for the yacht-based expedition stands at $10,000 (£7,685).

Other prizes include the chance to shoot an elephant on a 14-day trip in Namibia, an all-inclusive hunt package to Zimbabwe to kill buffalo, giraffe and wildebeest, and a 10-day crocodile hunting expedition in South Africa. The proceeds from the auction, which campaigners say could exceed $5m, will fund SCI’s “hunter advocacy and wildlife conservation efforts”, according to the organization.

Thousands of hunters from around the world are expected to attend the convention which begins on Wednesday, where Trump Jr, an avid trophy hunter, is set to give a keynote address.

The description of the auction prize states: “This year we will be featuring Donald Trump Jr, a man who needs no introduction, and whose passion for the outdoors makes him the number one ambassador for our way of life.

“Don Jr shares this heritage with his son and believes in handing down these lessons to young hunters. Don Jr and his son will be hosting this year’s hunt along with Keegan [the guide] in Alaska.”

Last week, anti-hunting campaigners condemned the annual SCI convention, and Brian Wilson and Al Jardine backed a boycott of their former band the Beach Boys, who are scheduled to appear at the event. 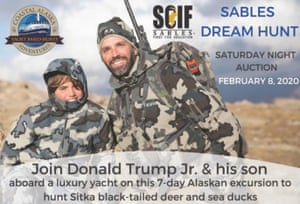 A screengrab of an advertisement for the auction. Photograph: Safari Club International

Kitty Block, president and CEO of the Humane Society of the United States, said: “This annual event is the largest meeting in the world of people who celebrate the senseless killing, buying and selling of dead animals for bragging rights.

“As our planet suffers an extinction crisis, it is business as usual for the trophy hunting industry and SCI, who continue to revel in spending millions of dollars every year to destroy imperiled wildlife.”

SCI hit back at the criticisms and called them the “height of hypocrisy”, arguing that hunting makes enormous contributions to conservation and described Trump Jr as “an accomplished conservationist”.

The regulations around importing hunting trophies has been loosened under Donald Trump, though he has previously described the practice as a “horror show” despite his sons’ affection for big-game hunting. In 2018 the administration moved to make it easier to import trophies from exotic big-game animals such as elephants and lions.