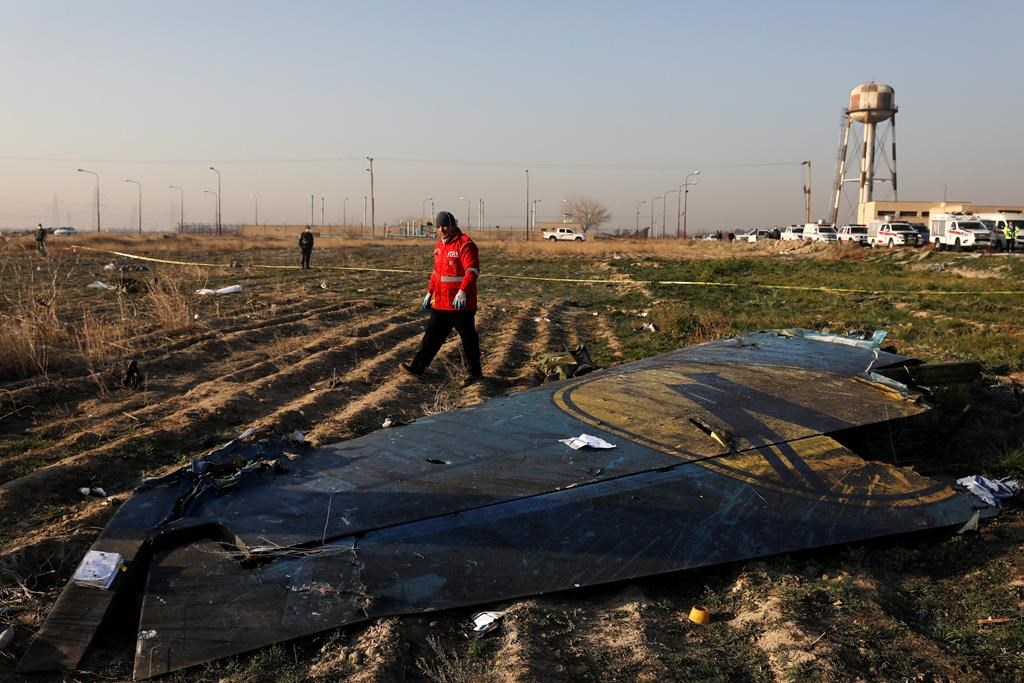 In this Jan. 8, 2020, file photo a rescue worker searches the scene where a Ukrainian plane crashed in Shahedshahr southwest of the capital Tehran, Iran. File photo by The Associated Press/Ebrahim Noroozi
Previous story
Next story

Foreign Minister Francois-Philippe Champagne says Iran doesn't have experts who can analyze the data recorders from a civilian airliner it shot down last month and it's time to send the black boxes out of the country.

"I think they have understood from the different civil aviation authorities in the world that the kind of equipment and expertise that you need to read the black boxes cannot be brought to Iran," Champagne said at a news conference in Ethiopia, where he's travelling with Prime Minister Justin Trudeau.

He said it's been more than 30 days since the downing of Ukraine International Airlines Flight PS752 outside Tehran and it's time to end the standoff over who will process the recorders that are expected to reveal a lot about the crash.

Iranian investigators recovered the black boxes quickly and say they're damaged but functional.

Iran has asked to be lent the equipment needed to download their contents, while Canada and others have been increasingly insistent that the boxes be sent to experts in a country such as France.

Among the 176 people killed when the airliner was shot down were 57 Canadian citizens and 138 people who were connecting to Canada via Kyiv.

Many were students and academics returning to Canada after a December break.

Iran admitted, after initial denials, that an air-defence battery shot at the plane shortly after it took off from Tehran's international airport.

Iranian forces were on extreme alert: hours before, Iran had fired ballistic missiles at American and allied forces in neighbouring Iraq in retaliation for the U.S. killing of Iranian general Qassem Soleimani in Baghdad.

Amid partial and false information, rumours have proliferated about whether the airliner was downed deliberately or had had its transponder hacked to confuse Iran's defence systems.

"The best antidote to conspiracy (theories) is transparency," Champagne said, a message he said he's sent the Iranian government.

This report by The Canadian Press was first published Feb. 9, 2020.