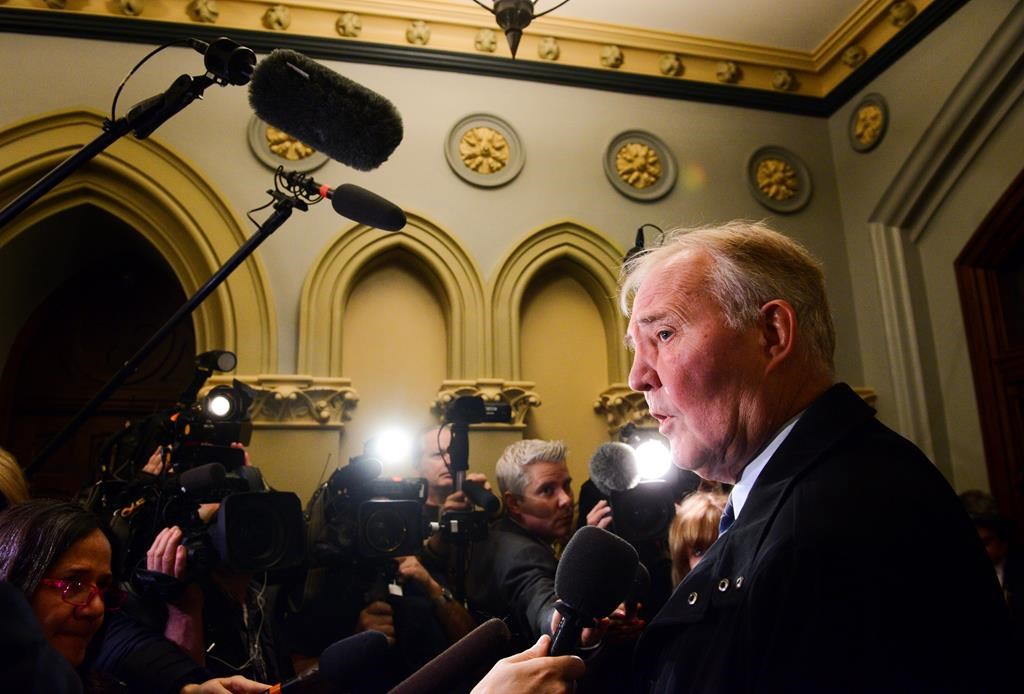 Minister of Public Safety and Emergency Preparedness Bill Blair arrives to a cabinet meeting on Parliament Hill in Ottawa on Thursday, Feb. 20, 2020. Photo by The Canadian Press/Sean Kilpatrick
Previous story
Next story

Public Safety Minister Bill Blair says the RCMP in British Columbia has offered to move its officers to a town away from the area where traditional leaders of the Wet'suwet'en First Nation have been opposing a pipeline project on their territory.

Blair said on Parliament Hill Thursday morning he believes this move meets the conditions set by the Wet'suwet'en hereditary chiefs and that barricades set up in solidarity with that nation should come down.

"I believe the time has come now for the barricades to come down," Blair said before a cabinet meeting.

"We have met the condition that those who are on the barricades had said was important to them before they would change their posture, and that work has been done, and I think quite appropriately."

The Wet'suwet'en's hereditary chiefs oppose the Coastal GasLink project that would bring natural gas to a liquefaction facility and export terminal on the B.C. coast.

Nationwide protests and blockades followed a move by RCMP to enforce a court injunction earlier this month against the hereditary chiefs and their supporters, who had been obstructing an access road to the company's work site.

The hereditary chiefs have demanded the RCMP leave their traditional land and have refused to meet with federal or provincial officials until this was done.

Prime Minister Justin Trudeau is under increasing pressure to end the blockades, with Conservatives calling for the government to use force, while the Liberal government insists negotiations are the only way to a lasting solution.

Blair said the decision to move officers away from their outpost on the traditional Wet'suwet'en territory to the nearby town of Houston was a decision made by the RCMP in B.C. and added that he agrees it was the right move.

"It's moving towards a less confrontational and a more peaceable arrangement entirely appropriate to the circumstances, and I'm very hopeful that will satisfy the concerns that were raised."

Public Safety Minister Bill Blair says the RCMP in B.C. has offered to move its officers to a town away from the area where traditional leaders of the Wet'suwet'en First Nation have been opposing a pipeline project on their territory.

This report by The Canadian Press was first published Feb. 20, 2020