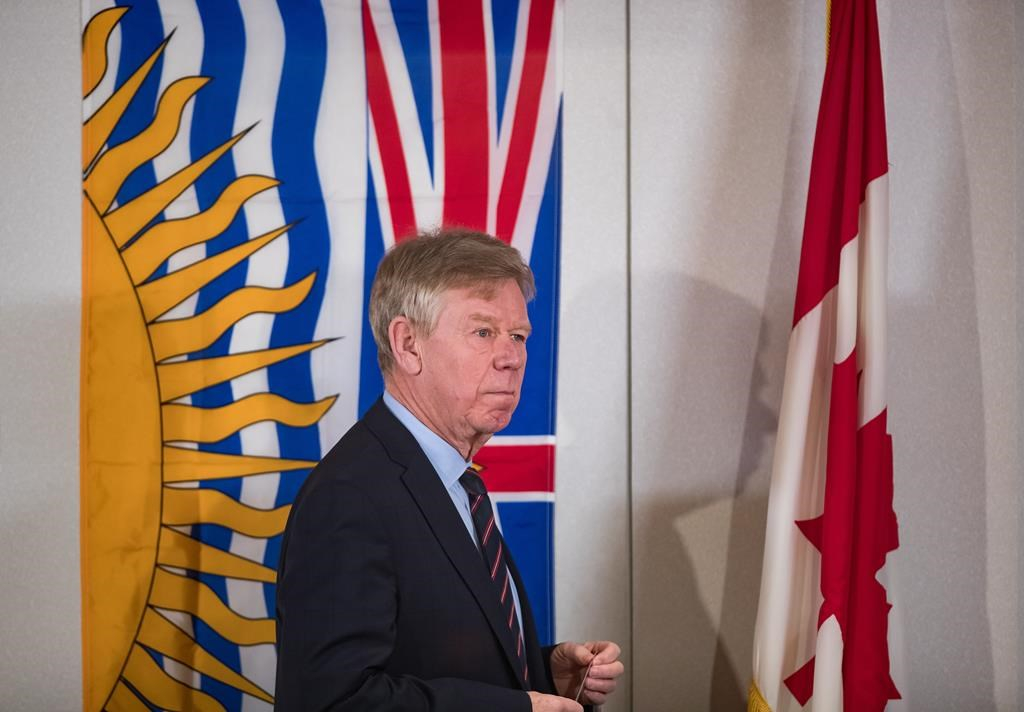 Commissioner Austin Cullen looks over the hearing room before opening statements at the Cullen Commission of Inquiry into Money Laundering in British Columbia, in Vancouver, on Monday, Feb. 24, 2020. Photo by The Canadian Press/Darryl Dyck
Previous story

Money laundering has distorted British Columbia's economy, fuelled the opioid crisis and overheated the real estate market, the province argued at the start of an inquiry into the criminal activity on Monday.

Jacqueline Hughes, a lawyer for B.C., said in her opening remarks that money laundering is not a victimless crime and has significantly affected ordinary residents over the past decade.

"The Lower Mainland has, unfortunately, earned an international reputation as a haven for money laundering. This did not happen overnight or without warning signs," she said.

"The past cannot be undone. But what government can do going forward is learn from the past and take proactive steps to make British Columbia the most difficult jurisdiction in which to launder money."

B.C.'s NDP government called the independent provincial inquiry last year after three reports revealed that casinos and horse racing as well as the real estate and luxury car markets had become laundromats for the proceeds of crime.

Hughes told commissioner Austin Cullen that the stories of millions of dollars flowing through B.C.'s casinos in shopping bags have become well-known and the public deserves answers.

"Was there wilful blindness to what was going on in favour of income generated for public or private persons? Are there legislative barriers that prevent prosecution?" she asked.

"Most importantly, what is the true extent of money laundering in the province and what steps can we take to stop it?"

She said the government has taken steps including creating a beneficial ownership registry to prevent real estate buyers from hiding behind corporations and requiring those spending $10,000 or more at casinos to verify their source of funds.

But Hughes said there is still more work to be done and B.C. is looking forward to the inquiry's findings.

Federal agencies, including the RCMP and Financial Transactions and Reports Analysis Centre of Canada, or Fintrac, also bear responsibility for fighting money laundering and B.C. Attorney General David Eby has called on Ottawa to boost their resources.

Judith Hoffman, a lawyer for the federal government, said it committed more than $170 million to Fintrac, the RCMP and the Canada Revenue Agency in the 2019 budget and met with provincial officials at a money laundering summit last June

While B.C. has received much of the attention, money laundering is a national concern, she said.

"Throughout Canada, there is widespread recognition that more must be done to combat this threat. Alongside the federal government, provincial and territorial governments have an important role to play," she said.

Fintrac is not an investigative body but instead collects intelligence and turns over leads to law enforcement, she noted.

Cullen said Fintrac has an "enormous" mandate with thousands of entities reporting to it. He asked the federal government to turn its attention, as the inquiry proceeds, to whether the agency is capable of responding to B.C.'s concerns.

However, a lawyer for the provincial Crown corporation that provides gambling services said it believes that much of what has been said publicly about its responsibility for money laundering is "misinformed."

William Smart said B.C. Lottery Corp. has consistently reported suspicious transactions to Fintrac and pointed out unusual conduct to the gaming policy enforcement branch. However, he said enforcement is the job of police and regulators.

The corporation has brought in measures to control or prevent the flow of dirty money since 2012, including creating an anti-money laundering unit made up of certified investigators and intelligence analysts, he added.

"Many public criticisms that have been made about its conduct and actions are factually unfounded or overly critical," said Mark Skwarok.

But Stephanie Smith, president of the B.C. Government and Service Employees' Union, told the commissioner that her members' lives have been altered or endangered by the proliferation of money laundering.

Money laundering has distorted British Columbia's economy, fuelled the opioid crisis and overheated the real estate market, the province argued at the start of an inquiry into the criminal activity on Monday, February 24, 2020.

Members include workers in the gaming policy enforcement branch, employees at River Rock and other casinos in Metro Vancouver, and health workers thrust to the front lines of the opioid crisis, she said.

"BCGEU members have experienced unique impacts, including seeing their livelihoods and personal safety threatened by the criminal activity that has been allowed, possibly even encouraged, to flourish in B.C.'s gaming sector," Smith said.

She encouraged the commissioner to recommend improvements to keep staff safe from gang members and stronger protections for whistleblowers, adding the inquiry would later hear from former employees who suffered retribution for speaking out.

Counsel for the Law Society of B.C. said lawyers may be at risk of being involved in money laundering when creating corporations, charities and trusts, and helping clients buy real estate and other assets, but the society has rules to mitigate the risk.

Ludmila Herbst argued it's important to ensure that the legal profession remains independent from government. The right to solicitor-client privilege and the duty of lawyers to protect their clients' interests must be preserved, she said.

Opening arguments are scheduled to continue through Wednesday. The inquiry will reconvene in May to quantify the extent of the problem in B.C., before main hearings are held from September through December to dig into specific industries.