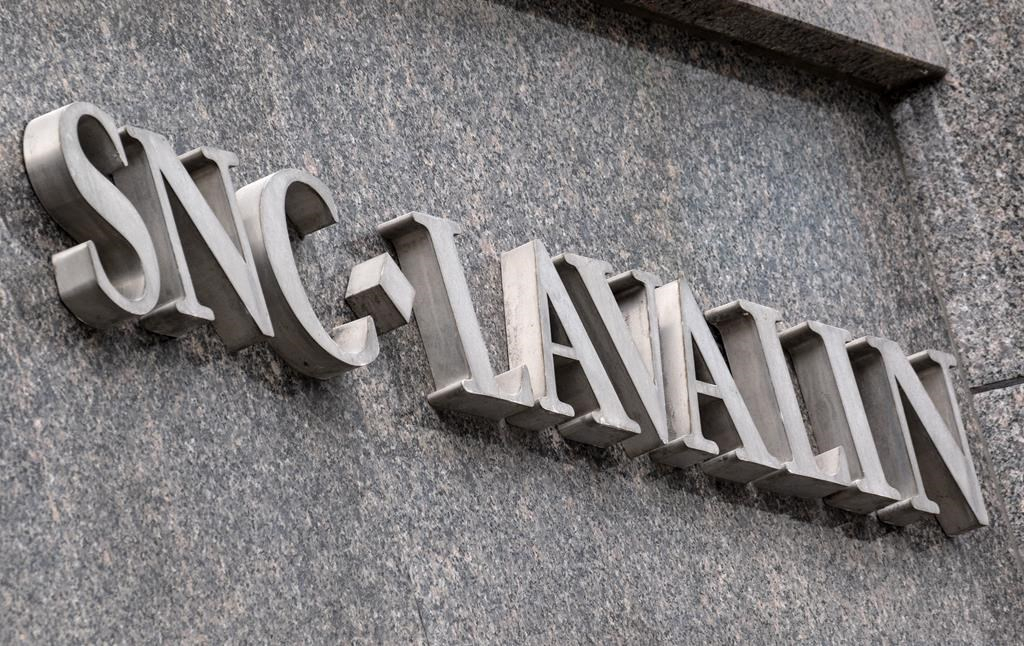 The SNC-Lavalin headquarters is seen in Montreal on February 12, 2019. File photo by The Canadian Press/Paul Chiasson
Previous story
Next story

Despite a rout on North American stock markets Friday, SNC-Lavalin Group Inc. shares jumped 11 per cent or $3.08 to close at $31.20 on the Toronto Stock Exchange following the release of its quarterly financial results.

CEO Ian Edwards said the Montreal-based engineering and construction giant has disbanded the special committee it launched in December 2018, created to explore strategic options including asset sales while the company was facing criminal charges.

"The committee was very useful to me in the first half of last year in getting to the point where we defined the new strategic direction," Edwards said during a conference call Friday to discuss the company's quarterly results. "But I think we’ve got to a point where we’ve defined what the future of the company is."

Divesting assets such as SNC's struggling resources division, which lost more than $51 million before interest and taxes last quarter, "absolutely" remains a possibility with "all options" on the table, Edwards said.

He said that he would consult the board before any major asset sales.

Since striking a plea deal two months ago, SNC has been working to set a new direction, pivoting away from big, fixed-price construction contracts — where the bidder shoulders any cost overruns — toward a more stable business model that revolves around engineering services.

SNC formed its special committee after failing to convince federal prosecutors to drop fraud and corruption charges in the fall of 2018, presenting them with a possible plan to split the company in two and move its offices to the United States if it didn't get a deal to avoid criminal prosecution, according to documents obtained by The Canadian Press in March.

SNC settled those criminal charges last December when its construction subsidiary pleaded guilty to a single count of fraud related to projects in Libya, tying off a long-standing scandal that tarnished the firm's reputation and ensnared the highest office of the Canadian government.

"2019 was a challenging year for us in many ways. We were tested as a company and went through some very difficult times, but I am very proud to say that we took decisive action and are stronger for it," Edwards said.

The company forecasts revenue from engineering services, which made up nearly two-thirds of revenue last quarter, will grow by a low single-digit percentage to boost the business's adjusted earnings by 10 to 12 per cent this year.

"With the resources business, there'll be lines of business that maybe make sense to be run as part of the company on a go-forward basis. There'll be other parts that might be better served held by different owners," he said.

"They feel like they've achieved the major restructuring that they wanted to, and now it's a matter of...the execution phase of this plan."

The company has banned work-related travel to mainland China due to the novel coronavirus outbreak, Edwards said. Employees at its offices in Beijing, Shanghai and Hong Kong are now working remotely.

The offices account for 2.6 per cent of revenue, Edwards said.

"The impact is not very significant from those businesses right now." The CEO declined to speculate on the broader impact throughout 2020.

The company reduced its backlog of fixed-price construction projects in resources and infrastructure to $3 billion from $3.2 billion in the fourth quarter.

The vast majority of resources contracts — which lose money but make up only about 14 per cent of the fixed-price backlog — are expected to be complete by year’s end, marking an end to oil and gas projects in the Middle East and North America.

Edwards said the company is in the process of "rightsizing" its overhead after it retreated from mining contracts and more than a dozen countries last year, with 46,490 employees on staff as of Dec. 31, down from 52,435 at the end of 2018.

SNC-Lavalin reported a fourth-quarter loss of $292.9 million as the company recorded a charge related to a $280-million fine it agreed to pay after its construction subsidiary's guilty plea on Dec. 18. for actions taken in Libya between 2001 and 2011. SNC also opted to shut down its Valerus oil and gas facility in Houston and absorbed a $72-million restructuring charge.

The partial sale of SNC's stake in the Ontario Highway 407 toll road — which accounted for $2.6 billion of the firm's $2.76-billion profit in the third quarter — meant capital revenues fell to $36 million in the fourth quarter from $77 million a year earlier.

— With files from Julien Arsenault

Companies in this story: (TSX:SNC)