Government gets flak over B.C. Ferries 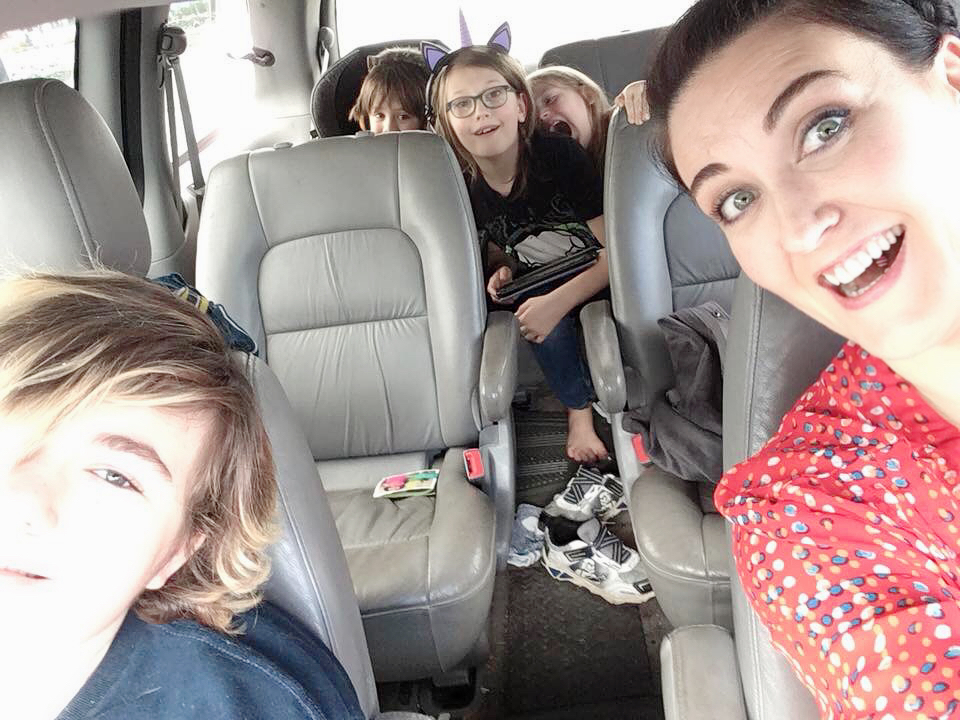 The B.C. government may be looking for input from coastal communities about priorities for their ferry system in the decades to come, but Discovery Island residents want current problems solved sooner rather than later.

Quadra Island mom Brielle Jenkins says getting her four kids to town by ferry in tourist season is akin to trying to break out of Alcatraz.

During long weekends in summer, trips to Campbell River for swimming lessons or doctor appointments mean waits on either side of the crossing can be three hours long.

“So, should we even leave the island in summer months? Probably not,” said Jenkins.

“Call me crazy, but it is a clustermuck to try and get off the island with kids in the summer.”

Overloads like Jenkins describes and other issues faced by Quadra residents dominated discussion at a Saturday meeting by the Ministry of Transportation and Infrastructure to help set priorities for B.C. Ferries over the next 30 to 40 years.

About 20 residents gathered at the Quadra Community Centre Saturday morning where Minster of Transportation and local MLA Claire Trevena asked for input on how to make ferries more equitable and accessible, end-to-end travel more efficient, as well as how B.C. Ferries could be more responsive to climate change and reflective of community values.

Trevena was looking for grassroots input from those living in ferry dependent communities about what the government should focus on in the future, but she got an earful about what residents want addressed now.

Top of the list of concerns were the gruelling ferry waits, the need for priority boarding, the absence of transit connections to terminals, the pressures of commercial vehicle traffic, and the baking heat endured by motorists stranded in waiting lanes without a patch of shade.

Paul Ryan, a former chair of the Quadra Island ferry advisory committee, noted at the meeting that summer waits for island residents, especially in the Campbell River terminal where’s there is no shade or amenities are especially hard on families with young kids and seniors.

Jenkins concurs. For her family to survive the ordeal of a trip to town in the summer they must pack rations and supplies.

Getting kids off Quadra Island by ferry to swimming lessons or doctor appointments in the summer is like to trying to escape Alcatraz, says Brielle Jenkins

“We have a summer overload grab-and-go pack with bottles of water, food, several large sheets to wrap the car windows, and an umbrella or two,” she said.

“From a parenting aspect – a car full of kids in the overload for hours in the baking heat – no pun intended, it’s a tinder box.

She’d be charged with child endangerment if her kids sat for hours at a time in a hot car, even with windows down, in any other situation, she notes.

“Both the elderly and the young should never be in and overload more than one sailing wait,” Jenkins said.

“It is almost inhuman to see both demographics in the sweltering heat.”

Additionally, the round table members stressed transit stops at the Campbell River ferry terminal were key to ensure access and equality for ferry users now, and into the future, and make it possible for pedestrians, cyclists and travellers with limited mobility to get to town, the airport or hospital.

“Then people who can’t afford to go to town by car regularly would walk on, hop on a bus and go do their shopping,” he said.

Quadra Island is scheduled to get two new hybrid-electric Island Class ferries by mid 2022, which are expected to alleviate summer congestion.

Additionally, B.C. ferries is working to redesign the Campbell River terminal with the plan expected to be ready for another round of public feedback in June.

But Jenkins wants to see some measures to address problems sooner than that.

She says she’s sensitive to the fact tourism is critical to both Quadra and neighbouring Cortes Island's economies.

But she figures some priority boarding spots should be reserved for Quadra residents during the summer, as it is for Cortes residents, who have two ferries to contend with, and have preferred boarding twice a week.

“It’s frustrating watching RV, after RV, after RV getting on and you’re just trying to get home before your groceries spoil,” she said.

As well as the issues identified on Quadra, residents main feedback to the MLA was the need for transit or some other transportation measure to get across Quadra to the Quathiaski Cove terminal to sail to Campbell River, she said.

Priority loading is still an issue, with Cortes residents wanting to increase the numbers of days that they have preferred boarding.

Cortes island businesses also want to secure priority boarding for one commercial vehicle to Cortes on a daily basis.

She noted the topic of priority boarding and how much is needed is a longstanding point of tension between Cortes and Quadra ferry committee members.

“This is an argument that’s been going on for many years about who gives what, where,” she said.
“But I leave that to ferry advisory committee to sort out.”

Ryan suggested it made sense for the dangerous goods sailing on Tuesdays to both islands, which are virtually empty, to include commercial trucks as well.

Quadra residents ire over overloads and lack of coordination with transit on the other side of the water came as no surprise, said Trevena.

“There continues to be a sense of pressure with overloads … and I hope that the new ferries we’ll get in a couple years will help solve that.”

Jenkins is not entirely confident priority boarding or the new ferries will resolve all residents’ issues.

She wants to provide opportunities to her children that can only be obtained off island.

But she often feels squeezed between what she wants to attend and can actually afford.
“I don’t know if BC Ferries understands that $60 a week is what a family of four spends on passage for children’s needs,” she said.

When she was a kid living on the island, the ferries weren’t a corporation but part of the Highways ministry and more reasonably priced and more frequent, she added.

Ferries are a necessity for people living on the island and their service should be prioritized over catering to tourists. The time may come where she may reassess her children’s needs and move.

“Ferries are not a pleasure cruise, it’s a highway,” Jenkins said.

“We need it to get to chemo and cat scans. It’s so an 18-year-old can go to North Island College or get a job… it’s handicapping us so badly.”

To provide feedback to the provincial government on the future of B.C. Ferries click here.

The crowded ferry paradigm is

The crowded ferry paradigm is pretty typical on the BC coast. For a long time people have been opting to live on islands that are quite remote from the central population bases of the mainland and Vancouver Island for various reasons. The affordability of urban housing is probably one of the key decision-making considerations today.

Their choice should be respected with new infrastructure. However, there is an argument today that the deep dependency on private vehicles needs to be countered in order to meet our climate and other environmental objectives, enhance community efficacy, and keep public expenditures reasonable. Financial savings to the family budget and time savings in their scheduling would also support this tack. Why not devote vehicle ferries to commercial trucks and priority family trips, but offer lighter-on-the-planet passenger options too for balance? RVs would be SOL as a scheduling priority, but could take up space on non-peak vehicular ferries and be charged appropriately for the large piece of floating real estate consumed by the RV parking space.

Further, even remote island living requires access to urban services, goods and jobs. So far that has been almost exclusively at the high financial and environmental cost of building public assets that underpin the automobile. These include larger and heavier ferries, vast parking lots in which to bake entire families in summer, heavily engineered ramps, access roads, shopping malls subsumed by 100 acres of asphalt, an Island highway and so forth.

This is why the entire BC South Coast should be doing the math on emphasizing moving more people, a shift over an egregious and so-last-century almost exclusive focus on moving cars. This new plan would accept that people living on islands will need a car a lot of the time, just not necessarily all of the time if viable affordable alternatives were provided. Why should our pristine islands be treated as just another form of suburbia?

Building passenger-only vessels and enlarging passenger terminal infrastructure is at an orders-of-magnitude smaller scale, is far less expensive and is indisputably more efficient than transporting cars. Why not leverage these advantages and offer a less time-consuming option for commuters? Passenger ferry service harmonizes well with decent public transit, shuttle bus, taxi and car share opportunities. Moreover, it creates efficacious town planning on the urban end if the marine and land transit network connections are made close to the centre of the city. Universal accessibility in architecture and urban design for people of all ages and physical abilities will ensure that healthy communities grow and thrive with very few barriers and with less energy consumption and emissions, whether in towns or on islands.

A long-range planner worth her salt would envision a mid-century direct passenger commute from Vancouver Harbour and the superbly-connected Waterfront Station to every major town on Vancouver Island via a high-capacity passenger ferry service to Victoria and Nanaimo, and from there a decent, direct commuter rail service from the ferry terminals to communities on the eastern slopes. This will one day include Campbell River with an extension of the Esquimalt & Nanaimo Railway corridor from Cumberland to the front entry of the Campbell River ferry terminal. Smaller passenger ferries would take up a part of the traffic from these points to the smaller islands. The ENR corridor and ferry terminal sites are already in place, as is the road network that buses and possibly trams would run on, and represent sunk costs.

This is not astro physics; all it takes is a modicum of joined-up thinking.