Greenpeace founder says overconsuming is in our DNA 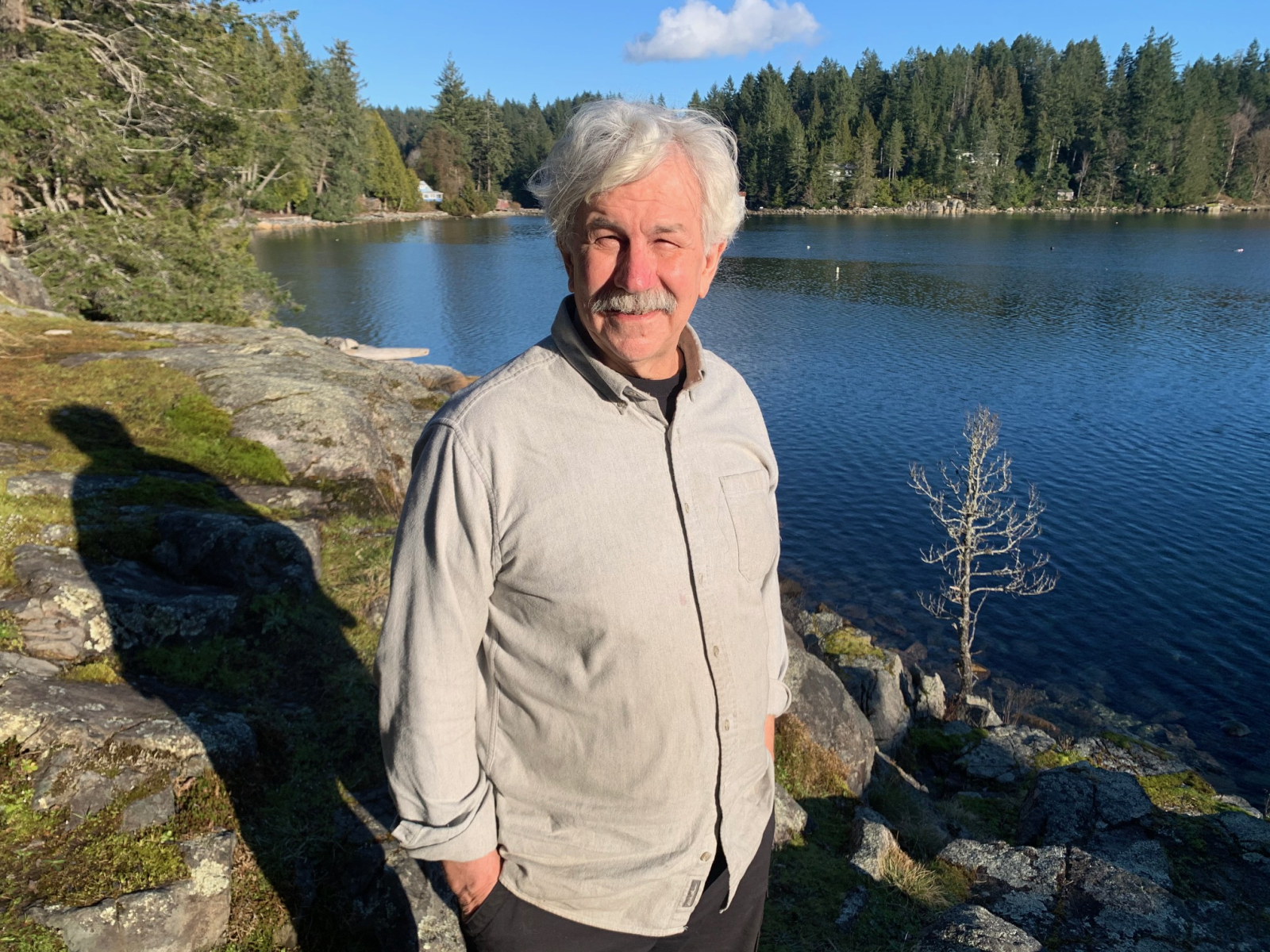 Noted environmentalist Rex Weyler says overshoot of the human species is root cause of the climate change crisis and curbing consumption and economies is the only solution / Photo: Rochelle Baker
Previous story

Humans are simply following evolutionary instinct as they escalate the climate change crisis and push biodiversity to the brink of collapse, says a noted environmentalist and co-founder of Greenpeace International.

Rather, humans are victim of their own success, he suggests.

“Every successful species overshoots its habitat. Evolution doesn’t teach us to stop,” he said.

The human species doesn’t appear to be any smarter or more evolved than other species in putting excess pressure on its habitat.

“We don’t stop until [the resources] are gone,” Weyler said.

Using algae in a lake or wolves hunting deer in a particular watershed as examples, Weyler said every flourishing organism depletes the resources of its environment until the source can’t meet demand, and the resulting collapse curbs a population’s growth.

The result of this instinct is that the globe is facing climate and biodiversity crises and so our aggressive consumption of resources has to stop, he stressed.

We must give up the expectation for limitless economic growth, Weyler said.

To illustrate his point, Weyler cited a recent 25 per cent drop in China’s carbon emissions over a four-week period as the country’s economy stalled while it was trying to curb the COVID-19 epidemic

Quadra, along with neighbouring Cortes, are small islands with a combined population of approximately 4,000 that are sandwiched between Vancouver Island and B.C.'s mainland.

Ecological overshoot by humans is the cause of climate change and any solutions to the crisis must involve people curbing consumption and economic growth, Weyler stressed.

Quadra and Cortes islands, where many residents are opting for simpler lives with a smaller ecological footprint, are ahead of the game, he said.

“We already live in communities where most of us have chosen a path to quality of life, community and simplicity,” said Weyler, who lives on Cortes.

“The efforts that we have made to live simply may be a sign that our intelligence will come into play and we’ll actually be able to do what other species haven’t, and we’ll be able to slow ourselves down.”

Other panelists spoke to the work their groups were doing to increase Quadra’s resilience to climate change and natural disasters such as earthquake, epidemics or wildfires.

Betsy Young, coordinator of the Quadra Neighbourhood Emergency Preparedness Programs (NEPP), outlined how the organization was working with neighbourhoods and residents to work collectively to prepare in the event of a disaster.

In addition to encouraging residents to take steps to prepare for emergencies, Young urged them to get involved with their neighbourhood emergency coordination teams.

“There are no solutions to the [crises] or anything else that doesn’t involve humans slowing down,” Rex Weyler, co-founder of Greenpeace International“Slowing down our growth in numbers and slowing down our economies.”

Nurse practitioner Pat Peterson emphasized the need for sustainable healthcare on Quadra that continued to address gaps in the system and factored in social determinants of health such as adequate housing, food security and economic stability.

Marc Doll, with a background in permaculture, said food security couldn’t be met at a personal level on Quadra Island without infrastructure in place to address the island’s needs as a whole.

Ferry dependent communities such as Quadra and Cortes islands are vulnerable, being the last and tenuous link in food supply chain that originates in places like California or Mexico.

The islands would be in big trouble if the boats stopped running, he said.

So, there's a critical need for Quadra to support growing food on the island by buying local products, even if more expensive, to improve food security.

Cultivating a garden was an ideal first step in improving a family’s food security, he added.

“Climate change is extending our fire season … and with that comes a lot more diligence in the community,” said Clendenning.

Duty calls from residents regarding illegal fires were up as much as 100 per cent in recent years, she said.

An immediate way to reduce the risks of wildfire on the island was to learn how fire smart your property and home, she added.

Mary McIntosh, a co-founder of the former community group Island Climate Action Network (ICAN), said the group was re-launching itself to build Quadra’s resilience to climate change and improve the island’s self-sufficiency.

The ICAN2 hopes to establish better water, food and energy security as well as set up a local transportation option, a composting and tipping system, a free store and other community projects.

Those interested in participating with the community action network can attend the inaugural meeting March 12 at 7 p.m. at the QCC.

“It would be great if everyone on Quadra could participate in some capacity,” said McIntosh.

Living lightly usually just gets me dismissed as incompetent. Over 50 years ago, I went to the Aberfoyle alternatives fair, where a tipi was on display. It was quite popular, but I found a fellow standing nearby by himself, so I asked him about it. He answered, but seemed reluctant, so I asked him if he was with the group. "No" he replied "I am advocating the non-use of tents." His display, unfortunately, was invisible.

Bob, I'm sure he did not

Bob, I'm sure he did not appreciate the ecological impact of invisible tents on the global environment.

Last year alone, seven endangered Saskatoon Granola Bears were found emaciated, entangled in invisible tents. The problem is that the scent of granola cannot be contained by invisible tents.

You think they're "invisible." But Saskatoon Granola Bears "see" with their nose. The crisis will not improve until legislation is introduced to require invisible tents to be in inolfactory, as well