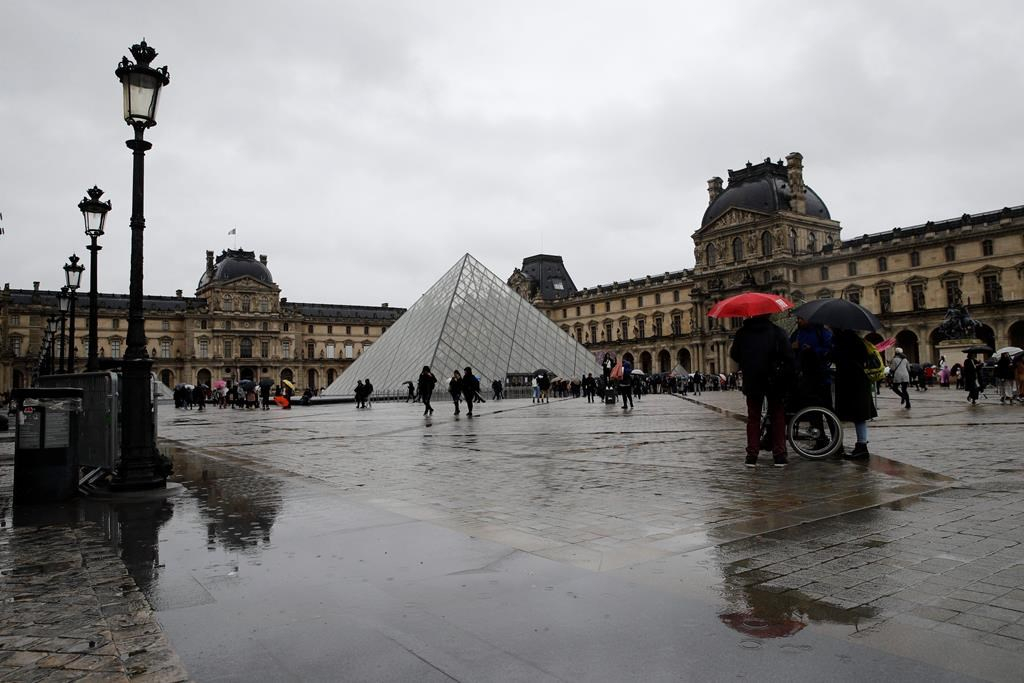 The Louvre museum is pictured in Paris, on Monday, March 2, 2020. File photo by The Associated Press/Christophe Ena
Previous story
Next story

The water level in the Seine River is rising after massive rainfall, adding to concerns that it could break its bank in Paris.

The situation is adding to problems for the Louvre Museum, which has recently faced closures over pension strikes and the outbreak of the new coronavirus.

The world's most visited museum said Monday that officials were being “highly vigilant” as they monitor the river's level. Housed in a former royal residence on the right bank of the Seine River, the Louvre is the city landmark that would be most vulnerable if the river spilled its banks.

Paris authorities over the weekend closed a tunnel at the Tuileries' gardens, which is adjacent to the Louvre, over fears of flooding but called for the public to not be alarmed.

The Louvre said that the river hasn't yet risen to the “critical threshold” in the section near the museum but was limiting the number of visitors as a precaution.

The Seine's waters were lapping Monday at the side of the pedestrian road, submerging railings and sign posts.