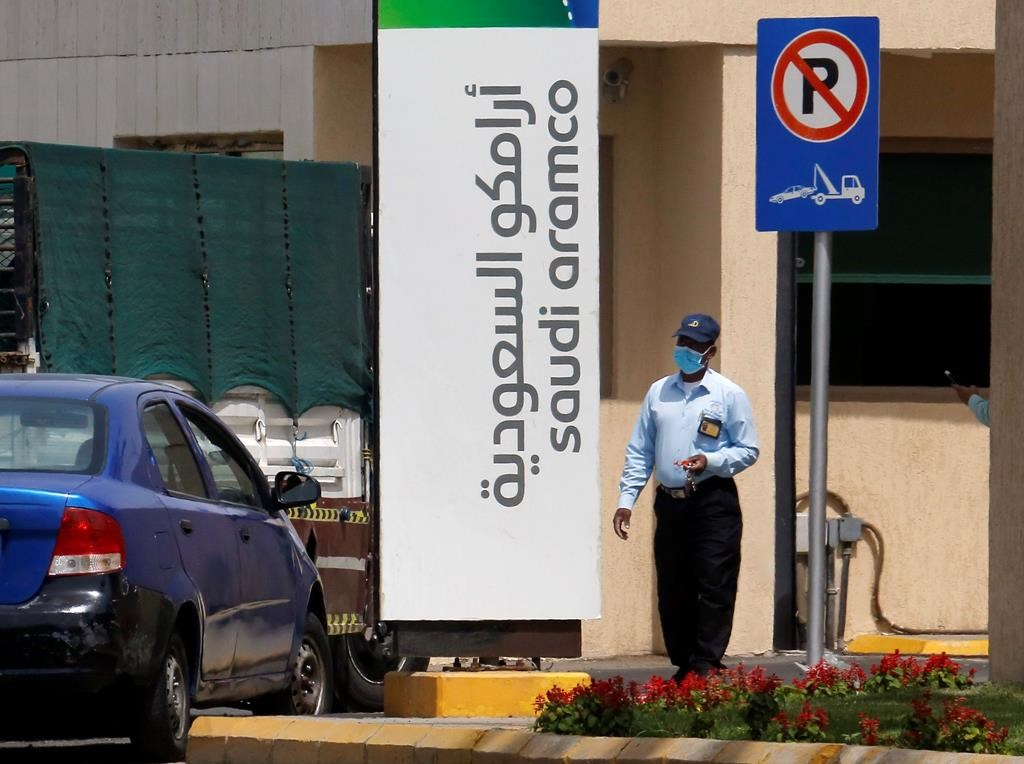 A security person wears a mask as he checks vehicles entering a compound for Saudi Aramco in Jiddah, Saudi Arabia, on Monday, March 9, 2020. Photo by The Associated Press/Amr Nabil
Previous story
Next story

The move seemed to make good on the country's promise over the weekend to increase output after Russia refused to co-operate on cutting production. That led to a 25% plunge in the price of crude on Monday, the sharpest decline seen since the 1991 Gulf War. International benchmark Brent crude traded up more than 8% Tuesday over $37 a barrel.

In a filing to Riyadh’s Tadawul stock market Tuesday, Aramco said the increase in production represented a rise of 300,000 barrels per day. Analysts said that likely would involve releasing stored barrels as well. Russia later responded by saying it too could increase output.

“The company has agreed with its customers to provide them with such volumes starting 1 April 2020,” Aramco said in the filing. “The company expects that this will have a positive, long-term financial effect.”

Saudi Aramco shares, whose trade briefly halted before announcing the production decision, closed up 9.88% in trading to 31.15 riyals, or $8.30, giving the world’s most-valuable company a valuation of $1.66 trillion. That's still below its initial public offering price of 32 riyals in December.

It came a day after Aramco shares collapsed by 10% and were pulled from trading for reaching the Tadawul’s maximum permitted loss in a day, dropping its valuation to $1.4 trillion. Aramco had offered only a sliver of its shares on the Tadawul for investors.

Aramco’s decision likely will flood global energy markets and put further pressure on prices. The company had reached $2 trillion in early days of trading in December.

The lower oil prices come as there’s less demand for air travel amid the spread of the new coronavirus around the world, further depressing prices. However, that likely will push down gasoline prices at the pump for Americans. On average, a gallon of regular unleaded in the U.S. sold for $2.36 a gallon, according to AAA, down from $2.43 a month ago.

Russian Energy Minister Alexander Novak sought to project confidence, saying in an interview broadcast by Russian state television Tuesday that "despite the decrease of prices and volatility that we are witnessing today, our sector stays competitive.”

At the same time, he noted that Russia remains open for new talks with OPEC.

“I want to say that the doors are not closed,” he said. "We have scheduled further meetings to estimate the situation on the market for May-June.”