By Sidhartha Banerjee | News, Politics | March 14th 2020
#26 of 1611 articles from the Special Report: Coronavirus in Canada 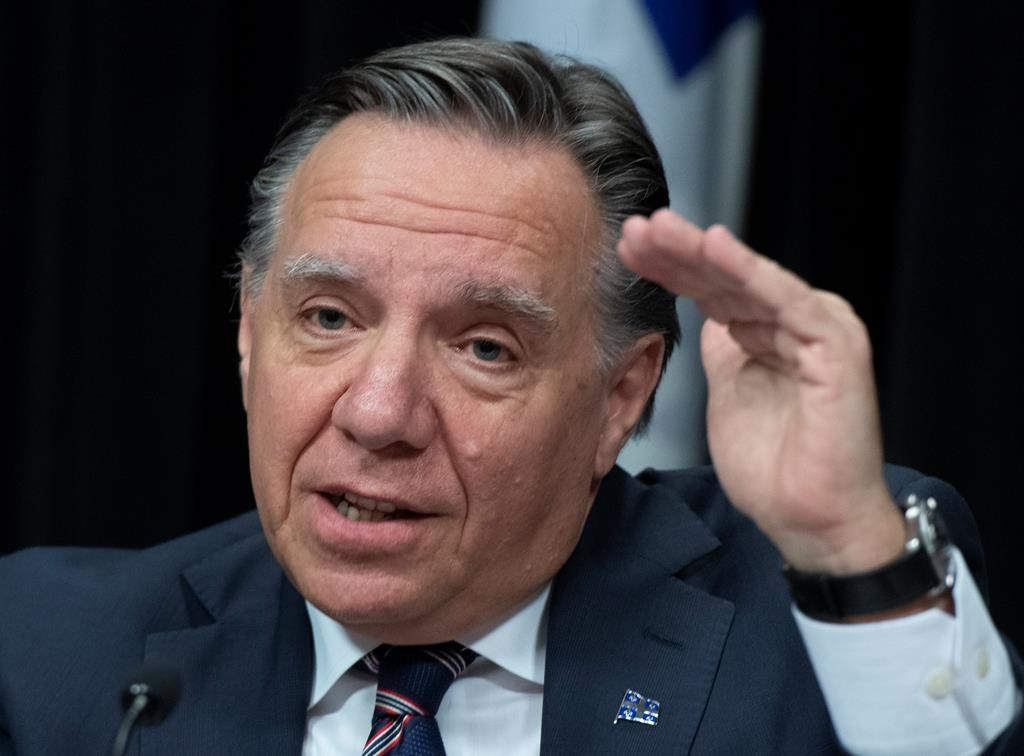 Quebec Premier Francois Legault announces measures to contain the COVID-19 virus, on Thursday, March 12, 2020 at the legislature in Quebec City. Photo by The Canadian Press/Jacques Boissinot
Previous story
Next story

Quebec is closing all schools, junior colleges, universities and daycare centres in the province for two weeks beginning Monday to reduce the spread of COVID-19.

Speaking to reporters in Quebec City, Premier Francois Legault said Friday that limited daycare service would be available for the children of health care workers and others providing essential services.

"I want to say to all parents, that I understand today's announcement is going to have a significant impact," Legault said Friday. "It's going to result in disruptions, major headaches for a lot of parents, but it's a measure we have to take, because we have the responsibility to do it, and we have a challenge in the next two weeks to ensure that there is as little progression as possible of cases."

Education Minister Jean-Francois Roberge said the students won't have lessons, and the two weeks lost likely won't need to be made up.

"It's less than what we went through during the ice storm, so we're confident that our youth as well as college and university students will be able to catch up without any particular measures," Roberge told a news conference.

Legault also called on the federal government to rapidly limit the entry of foreign visitors into the country, confirming he brought up the topic during a phone conversation with the prime minister on Friday.

"We have a problem of consistency," Legault said. "We are asking our citizens to take steps, to isolate themselves for 14 days, but we are asking nothing of foreign visitors. I am asking Justin Trudeau and the federal government to rapidly limit the entry of visitors to Canada."

On Thursday, the province asked all people returning from abroad to self-isolate for two weeks and banned indoor events attracting more than 250 people.

Quebec has 17 confirmed COVID-19 cases. Health officials said there is still no transmission between people in the province — all cases involve people returning from abroad.

The province announced Friday it will add a dozen COVID-19 testing clinics next week, bringing the total to 15. The three currently in operation are in Montreal and Quebec City.

Quebec is closing all schools, junior colleges, universities and daycare centres in the province for two weeks beginning on Monday, March 16, 2020, to reduce the spread of COVID-19.

Quebec also introduced a new toll-free telephone line dedicated to COVID-19 cases to relieve pressure on the province's 811 general health line. The number is reserved for those with symptoms associated with COVID-19: notably fever, persistent cough and respiratory problems. The province added 88 nurses to field calls.

Quebec has limited visitors to long-term care centres as of Friday.

Meanwhile, the provincial and superior courts said they would suspend some activities in response to the province's novel coronavirus measures.

In a statement Friday, the court said services would be limited to urgent matters — a lengthy list that includes injunctions, arraignments, bail hearings and urgent trials and hearings.

The courts said the partial closure is until further notice and they would provide an update next week.

The province also announced 29 municipal byelections and all other votes are cancelled until April 26.

Legault urged people not to panic about food and supplies as grocery and big box stores saw long lineups. "Right now we don't expect any shortage, so I don't think it's necessary," Legault said of the panic-buying.

While the City of Montreal elected to close arenas, swimming pools and libraries on Thursday, Quebec City says it will keep facilities open so families will have somewhere to take children given that all schools in the province have been ordered closed for two weeks.

Quebec City Mayor Regis Labeaume said the decision — which runs contrary to many municipalities in the province — was approved by public health authorities.