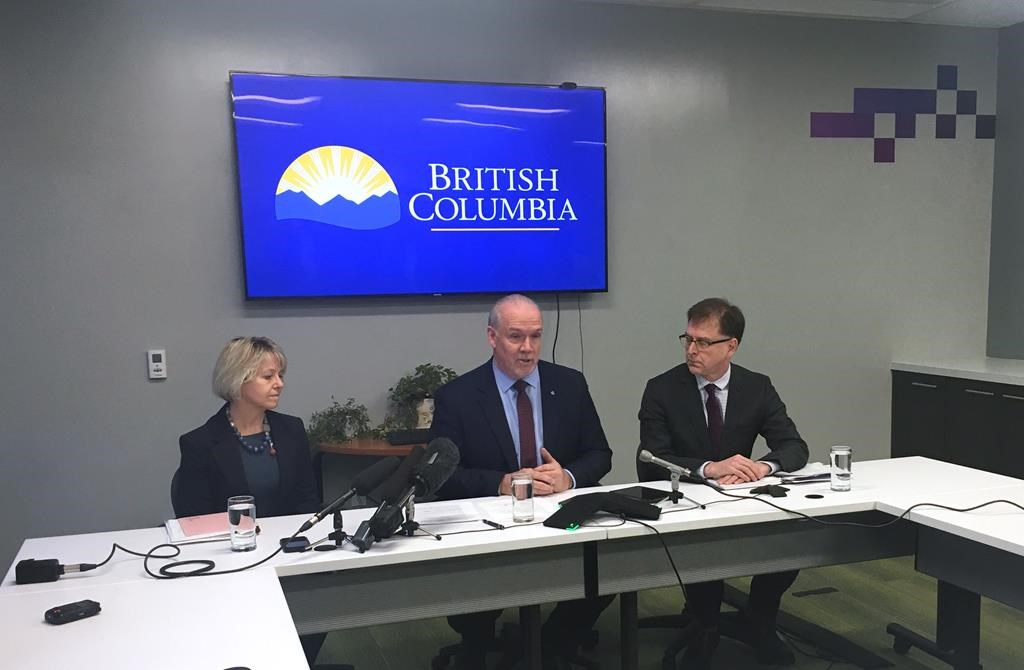 British Columbia's call for recently retired doctors to return to work if the COVID-19 pandemic worsens is spurring other provinces to make similar emergency preparations, says the registrar of the College of Physicians and Surgeons of British Columbia.

Dr. Heidi Oetter said the college has emailed hundreds of physicians who left the job within the last two years to reregister for their licences, adding those with experience working in emergency rooms and intensive care units would be most needed.

"The real critical work comes when people are desperately ill, in hospital settings and on ventilators," Oetter said.

"When I see doctors emailing me and saying, 'I'm standing by, I'll do it for free,' I think we'll get enough people," she said.

"My understanding is there are other provinces that are actually assembling their lists. They're doing their homework now and preparing in anticipation. I know that Alberta is making similar preparations as well."

Family doctors and those without hospital experience would work in supervised roles by assisting colleagues who intubate patients, for example. Their expertise would also be valuable at testing sites, though paramedics, nurses and licensed practical nurses could do that work, Oetter said.

"The big thing right now is to identify those who are willing and then health authorities can have the list of those names and their cell numbers and sort through who they can deploy where."

Oetter said expanding the use of telehealth, which allows patients to communicate with doctors via computers and mobile devices, could also be a big benefit if the novel coronavirus spreads widely.

"Even with doctors who may, unfortunately, find themselves having to do 14 days of quarantine, let's blow the lid off their ability to be able to provide telemedicine services to as many patients as possible."

Call out to retired doctors: you're needed if COVID-19 keeps spreading in Canada

The extraordinary step to recruit retired physicians, also underway in the United Kingdom, may not have been seen since the Spanish flu of 1918, Oetter said.

Dr. Gigi Osler, immediate past-president of the Canadian Medical Association, said she supports the call for physicians to come out of retirement during the COVID-19 pandemic but the use of virtual health should be ramped up to protect both physicians and patients.

"We have been having these active discussions with both our provincial and national partners," she said, adding health phone lines allow people seeking information about symptoms and testing sites to stay out of emergency rooms and doctors' offices.

"It's showing us how badly needed virtual care is right now," Osler said, noting some callers have experienced long waits, requiring some provinces, including B.C. and Manitoba, to hire more staff.

She said all doctors need assurance that they will have enough personal protective equipment to do theirs jobs.

"I can certainly say that I'm concerned about the physical and mental health of frontline health-care workers right now and it's something we're keeping an eye on along with our provincial counterparts because we're a little bit in the calm before the storm and it soon may be an all-hands-on-deck situation across Canada," Osler said from Winnipeg.

"You can imagine if you're a family doctor and you run out of supplies like masks, gloves and gowns and you've got a patient who has travelled outside of Canada and is symptomatic. That is an example that was provided to me by a colleague and the stress that they and their staff and the clinic was under, that cannot be underestimated."

Dr. Sandy Buchman, president of the Canadian Medical Association, urged all premiers this week to immediately scale up virtual access to health-care providers to alleviate potential exposure and to respond to growing demands.