By Sidhartha Banerjee | News, Politics | March 15th 2020
#34 of 1611 articles from the Special Report: Coronavirus in Canada 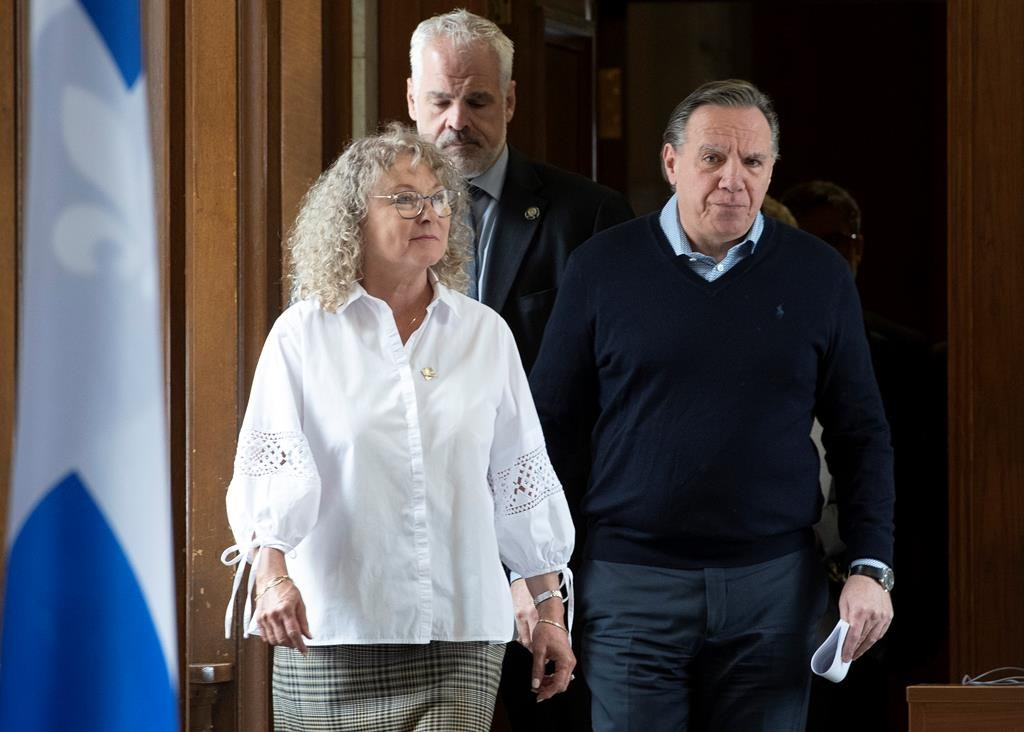 Quebec Premier Francois Legault and Quebec Minister Responsible for Seniors and Informal Caregivers Marguerite Blais walk to a daily news conference on Sat., March 14, 2020 at the legislature in Quebec City. Photo by The Canadian Press/Jacques Boissinot
Previous story
Next story

Quebec Premier Francois Legault called on the province's seniors and those who may be inclined to visit them to stay home until further notice on Saturday in a bid to stop the growing spread of COVID-19.

Legault said the measures are necessary to protect a demographic that's statistically proven to be more vulnerable to the disease caused by a novel form of coronavirus.

A new ban on visitors to the province's hospitals, seniors' residences and long-term care facilities has the same goal, he added.

Quebec had 24 confirmed cases of COVID-19 in the province as of Saturday afternoon, up from 17 on Friday.

One of the cases was Quebec's first confirmed case in a minor.

Ste-Justine Hospital in Montreal said the child tested positive after returning from a trip to Europe, but is now recovering at home.

Another 850 people are under investigation and 1,399 tests have come back negative.

The province has been ramping up measures in the past 72 hours, calling on all citizens returning from abroad to self-isolate for two weeks, banning indoor gatherings of more than 250 people and shuttering all schools, daycares, junior colleges and universities until at least March 30.

People over 70 should stay home amid COVID-19 outbreak: Legault

Legault also urged the federal government to rapidly limit the entry of foreign visitors into the country and urged Quebecers abroad — including retirees dubbed snowbirds who spend their winter months in warmer climates — to return home now while they can.

The measure announced Saturday comes amid coronavirus mortality numbers from China that illustrate the risk to seniors.

"I know it's tough because when you have your mother or grandmother, you'd like to visit her," Legault said. "But it's not a good idea to visit people and take the risk that they get the coronavirus."

Legault said health authorities have received calls from taxi drivers, many of whom are concerned about ferrying people around from the airport who may have the virus.

"What we're telling them is to wash their hands very frequently," Legault said. "That's the best measure."

Legault said the province has also adopted a decree to declare a state of health emergency for at least 10 days.

The measure doesn't change anything on the ground, but it does give the province's Health Department more flexibility to deal with expenditures without going to tender or losing time with administrative red tape.

Meanwhile, one day after announcing services would remain open to help parents grappling with school closures, Quebec City announced Saturday its public facilities like arenas and libraries would shut down as of Saturday evening.