Restrictions ramp up as COVID-19 continues to spread

By Michelle McQuigge | News, Politics | March 15th 2020
#34 of 879 articles from the Special Report: Coronavirus in Canada 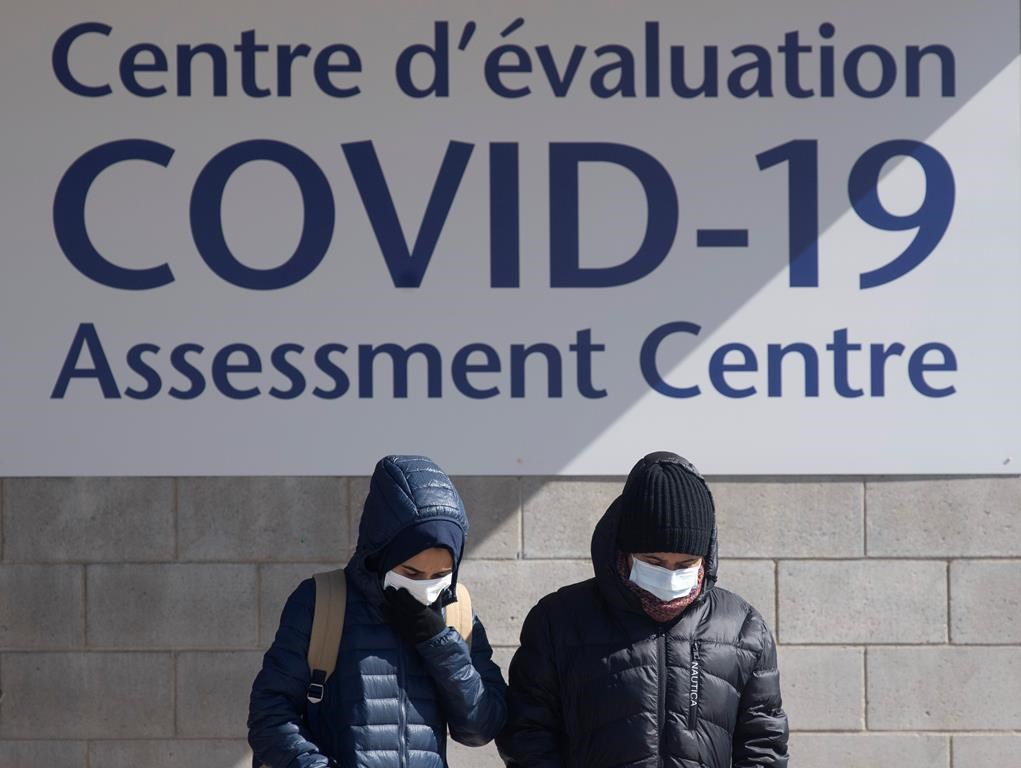 The growing number of COVID-19 cases in Canada prompted a wave of restrictions aimed at protecting seniors on Saturday as officials made more insistent calls for travellers to return home without delay.

Prime Minister Justin Trudeau, meanwhile, announced he held a phone call with President Donald Trump following a news conference in which U.S. officials raised the possibility of grounding all domestic flights south of the border.

The threat was part of the growing alarm over the COVID-19 pandemic, which has triggered an unprecedented number of closures and other measures meant to protect the population.

The most notable new measures on Saturday targeted seniors and their loved ones in Quebec and Ontario. Both provinces announced rigid new restrictions on who could visit long-term care facilities in those provinces.

Quebec Premier Francois Legault took things one step further by advising anyone over the age of 70 to stay home until further notice and implementing a provincewide ban on visitors to hospitals and seniors' residences.

"I know it's tough because when you have your mother or grandmother, you'd like to visit her," Legault said at a news conference. "But it's not a good idea to visit people and take the risk that they get the coronavirus."

In Ontario, chief medical officer of health Dr. David Williams urged long-term care residences to bar access to all but "essential visitors." That group was defined as the relative of anyone who is dying or gravely ill, as well as the parent or guardian of a sick child or youth.

"The safety and well-being of our vulnerable residents is our top priority," reads a memo Williams sent to the province's long-term care facilities.

Meanwhile in Ottawa, Global Affairs Canada called upon Canadians currently abroad to hasten home while they still have the chance as countries around the world impose ever-tighter travel restrictions.

Word from Ottawa came as Canadians travelling in Europe scrambled to book flights ahead of looming border closures in many European Union countries.

The advice marks an escalation for the government, who previously urged Canadians to cancel or postpone non-essential trips.

"Airlines have cancelled flights. New restrictions may be imposed with little warning. Your travel plans may be severely disrupted and you may be forced to remain outside of Canada longer than expected," the ministry said in an email to registered Canadians abroad.

"Find out what commercial options are still available to return to Canada. Consider returning to Canada earlier than planned if these options are becoming more limited."

But heeding the latest advice from the government won't be easy for Renata Kaniewski, of Ottawa, who travelled to Poland for her mother's funeral.

She said the next available flight to Toronto offered by LOT Polish Airlines is scheduled for March 29, and there's no guarantee that flight will take off thanks to the Polish government's decision to suspend international flights and trains starting on Sunday.

"Right now I am worried about getting back to Canada, even with a new flight ticket for Mar. 29, because the government here in Poland keeps saying the international flights could be delayed even longer," she said.

Trudeau, meanwhile, tweeted about his phone call with Trump, saying they talked about COVID-19, its impacts, and how the two leaders can keep people safe in both countries.

Travel woes played out as the COVID-19 pandemic continued to sweep across Canada, with Ontario remaining at the epicentre of the national outbreak.

The provincial government reported 24 new cases of the disease on Saturday, with at least six of the cases linked to recent travel outside of Canada.

At a COVID-19 assessment centre in Ottawa, hundreds of people turned up for screening only to be turned away because they did not meet the testing criteria. Anyone who didn't have a cough or fever, and who had not recently travelled out of the country or been in contact with a confirmed case of COVID-19 were turned away.

Dr. Bonnie Henry, the top public health official in British Columbia, said her province is also struggling with needless testing as the number of cases continues to climb. She reported nine new positive tests on Saturday, bringing the provincial total to 73.

"For most people, you do not need a test," Henry said at a briefing in Vancouver. "We want to make sure that testing is available for all who do need it."

New cases were confirmed elsewhere in the country, bringing the official national tally to at least 250.

Alberta's top public health official, Dr. Deena Hinshaw, said 10 new cases were reported in the province on Saturday. Of those, she said one patient in Edmonton and one in Calgary are in intensive care.

Prince Edward Island also reported its first presumptive case of the virus, hours after two high-profile politicians went into self-isolation. Premier Dennis King and Health minister James Aylward both took the step after returning from trips outside of Canada, though both say they are not exhibiting symptoms.

As the number of Canadian cases related to the global outbreak kept mounting, businesses and sports organizations continued to take extraordinary steps out of what they describe as an abundance of caution and a bid to curb further transmission.

Toronto-based theatre titan Mirvish Productions announced Saturday it would be suspending performances effective immediately and lasting until at least April 12. The cancellations include performances of "Hamilton," one of the most hotly anticipated shows of the year. Refunds will be available for affected ticketholders.

The World Curling Federation announced it would be cancelling the men's curling world championship in Glasgow, Scotland, at which Newfoundland and Labrador's Brad Gushue was set to compete starting on March 28.

Tech giant Apple said Saturday it is closing its stores outside of China for two weeks, including all its 29 Canadian locations. The company will continue to sell online as part of efforts to fight the viral pandemic.

The World Health Organization declared COVID-19 as a global pandemic on March 9 as cases began to spike in countries around the world.

But Canadian public health officials continue to describe the risk to the public as relatively low as they urge hygiene measures such as frequent handwashing and social distancing.

The virus has infected more than 150,000 people worldwide and killed upwards of 5,600 globally, including one person in British Columbia.

Most people diagnosed with COVID-19 experience mild or moderate symptoms, such as fever and cough, and the vast majority of those who contract the virus recover. The Public Health Agency of Canada says the risk to the general population is low.

However, for some, including Canadians aged 65 and over, those with compromised immune systems and those with pre-existing conditions, the illness can be much more severe. Among the Canadians diagnosed with the illness so far, fewer than 15 per cent have required hospitalization.

The growing number of cases has prompted widespread closures of schools and universities, mass cancellation of large-scale events, multimillion-dollar economic stimulus packages from governments, and the suspension of the Parliament until April 20.