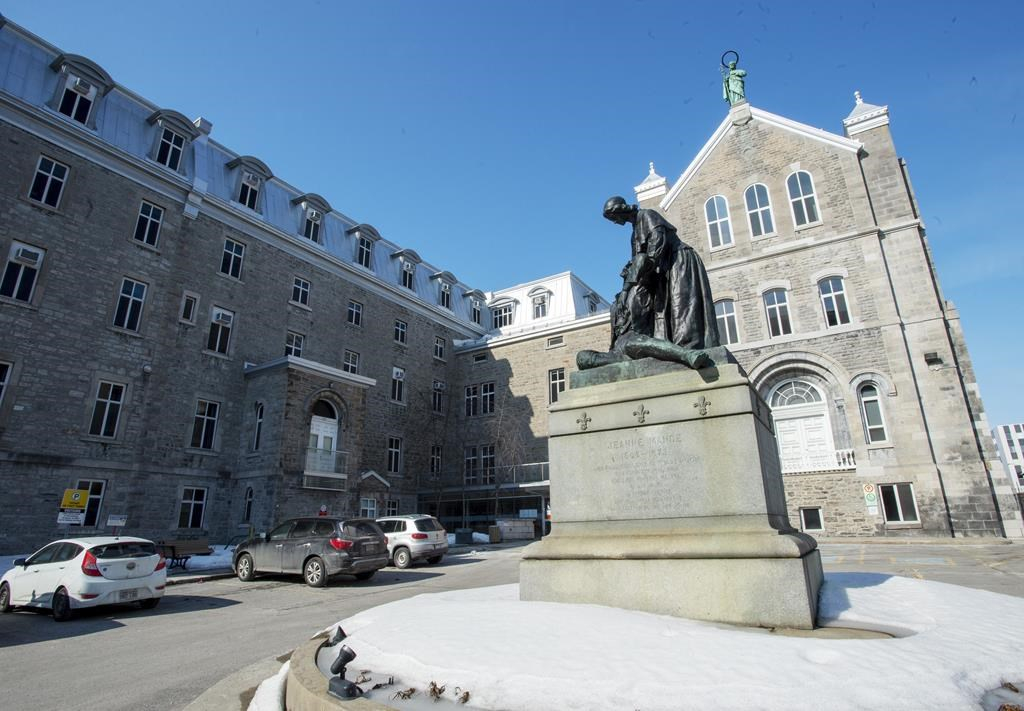 The new COVID-19 clinic at the site of the former Hotel Dieu hospital is seen in Montreal on March 9, 2020. File photo by The Canadian Press/Ryan Remiorz
Previous story
Next story

A mother with two children at home, offering to work on evenings and weekends. A senior citizen, hoping to correct misinformation about COVID-19. A newly retired nurse, calling up her hospital and offering to come back.

They are just three of the thousands of current and former nurses, doctors and other health-care workers from across the country who have answered their governments' call, putting off retirements and possibly risking their own safety to join the fight against COVID-19.

As the number of cases rises rapidly, leading to fears of an overwhelmed health-care system, some provinces have begun reaching out to recently retired doctors and nurses to ask them to return to work if the pandemic worsens. The answer has been a resounding yes.

Quebec set up an email address over the weekend, inviting anyone with health care experience who wished to help with COVID-19 to contact them.

The enthusiastic response prompted an emotional Premier Francois Legault to declare himself "proud to be a Quebecer," and by Tuesday he said 10,000 people had sent in resumes.

Meanwhile, the president of the province's federation of medical specialists said Tuesday in a tweet that her cell phone was ringing off the hook with offers of help from members.

Next door in Ontario, the Registered Nurses' Association asked for volunteers to help answer the phone lines for the Telehealth information line. Over 3,000 licensed nurses stepped forward by Monday afternoon. CEO Doris Grinspun said some are recently retired, while others are teaching or working part-time.

Further west, the College of Physicians and Surgeons of British Columbia emailed hundreds of physicians who left the job within the last two years asking them to renew their licences. Regional authorities are still processing the requests, a spokesman said Monday.

For Sylvie Geoffroy in Sherbrooke, Que., the decision to sign up was an easy one. The 59-year-old nurse left her job in November, hoping to take some down time before seeking a less stressful line of work. But over the weekend, she called up her former hospital and said she was ready to return.

"With the current situation, no, I won't let them down," she said in a phone interview. "If I can help, I will."

Geoffroy said nurses understand better than anyone how quickly the virus can spread. She said it feels like the health system is preparing for battle.

"As I told my sisters, I said I'm resting before going to the front lines, because that's how I feel," she said.

It's a similar story for Charline Malette, a 31-year-old with two young children at home. Malette left her job as an auxiliary nurse for the civil service a few months ago, seeking a better work-life balance for her family. But now, even with the kids off school, the Gatineau, Que., woman found herself offering up her spare hours.

"It's always been in me to want to help people, and with all that's happening I was definitely going to offer my help," she said.

Unlike Geoffroy and Malette, Marie-Reine Seguin has been out of the workforce for a long time.

But the 74-year-old former nurse, who retired in 2005, has also offered her services, disturbed by the misinformation and panic she sees circulating in her community of Mont-Tremblant, in Quebec's Laurentians region.

While she hasn't practised in a while and acknowledges she can't work in a hospital due to her age, Seguin figures she's well-qualified to help with Quebec's Info-Sante information line, having been part of the original team that launched it "sometime around 1986," she said.

She said she was prompted to help after seeing panicked shoppers hoarding toilet paper and spreading "nonsense" misinformation about the virus.

All three women are worried about the pressures COVID-19 will place on an overburdened health system, where health workers already often complain of mandatory overtime and insufficient resources.

Both Seguin and Malette cite the difficult working conditions as the reason they left the job in the first place. Geoffroy, for her part, says she knows three nurses who are already off the job due to having to self-isolate for the virus.

While the health-care professionals are eager to pitch in, the process won't necessarily be instant. Those who haven't renewed permits will have to do so, and even those with valid licences will need training for their new roles. Some provinces, such as Quebec, are negotiating to cover the renewal costs, Geoffroy said.

Malette, Geoffroy and Seguin are all still waiting to hear from the Quebec government if their services will be needed, and they are impatient to get started. It's a common sentiment in Ontario too, according to Grinspun.

This report by The Canadian Press was first published March 17, 2020

And in Ontario, apparently we

And in Ontario, apparently we're waiving the usual self-isolation requirement for nurses who've travelled out of country, so that exposed nurses can go directly to work caring.

The logic of that seems similar to what must have been employed when a decision was made to enter an exclusive COVID-19 import arrangement with the US.