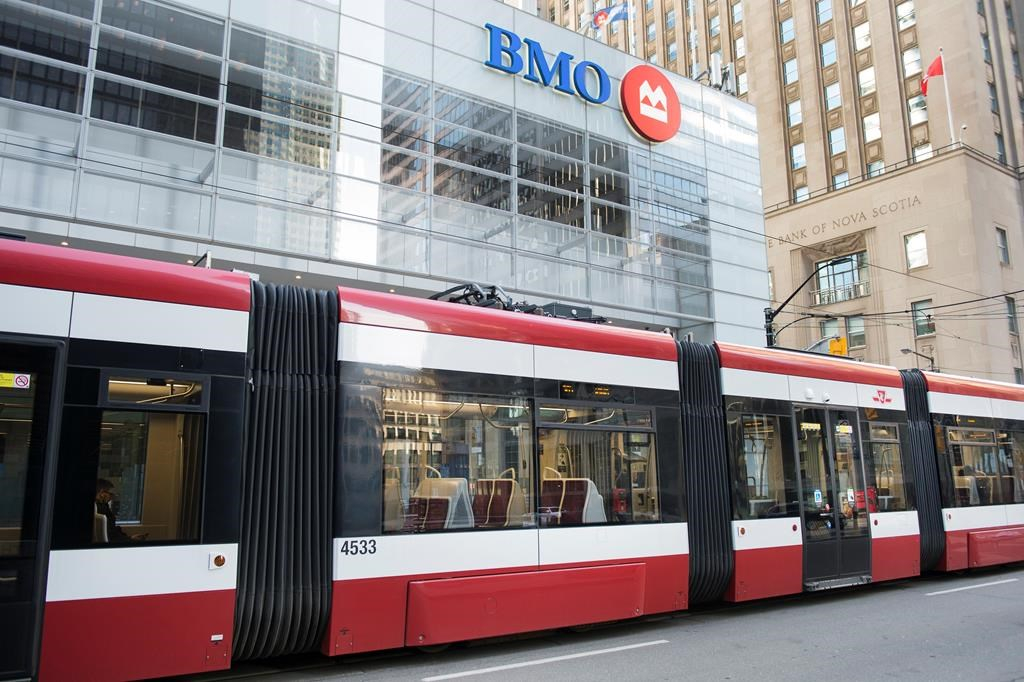 Transit agencies across Canada have adjusted their operations as a result of the COVID-19 pandemic, in some cases by suspending fare collection altogether.

Efforts to reduce exposure to the virus have taken different forms for transit commissions, which have varying types of infrastructure in place.

In Saint John, N.B., the chair of the city's transit commission said the agency has followed the lead of its counterpart in Halifax in deciding to stop collecting tolls.

"We're doing this to mitigate the risk and to increase as much isolation as we can to ensure that our drivers are safe and that we can maintain service and limit exposure," Trish Ellsworth said.

The reason behind the fare suspension was more logistical than altruistic, she noted.

Toll collection booths are located right beside the bus driver's seat on Saint John buses, and passengers are being asked to board at the rear doors so they don't have to come in close contact with either the driver or the people seated in the accessibility chairs.

"As a result, it has to be free because we cannot accommodate handling cash and checking transfer passes," Ellsworth said.

She said there will be fiscal implications to the move, but the agency was already preparing for a financial hit because fewer people are taking transit as they try to maintain social distancing.

The transit agency in Hamilton is taking a similar approach, while Montreal's is operating on something of an honour system.

The Societe de Transport de Montreal said fares aren't being validated on buses and people who don't use mobility aids should board at the back doors.

Meanwhile, the Edmonton Transit Service did a quick about-face on Tuesday after initially reducing services to a Saturday schedule following a 50 per cent drop in ridership.

"This morning's commute was not what we envisioned," interim city manager Adam Laughlin said. "We expected more Edmontonians would be staying home. Today we learned that some routes remain nearly as popular as before."

Photos of crowded buses circulated on social media as some would-be passengers reported drivers were passing them by.

He said the city will be monitoring usage and making adjustments accordingly.

The Toronto Transit Commission is taking a different approach, saying the same number of fare inspectors will be on board, but their marching orders will change.

Instead of issuing fines to fare evaders, the inspectors will dole out education, the agency said.

As for the inspectors' health, Green said they'll use their best judgment, in addition to policies the TTC has implemented.

For instance, the commission announced Wednesday that its staffers would be allowed to wear their own face masksgoing forward. Previously, it said, they had been asked to remove masks because Toronto Public Health advises against their use by healthy people.

Green said the commission is also encouraging its inspectors to practice social distancing.

"They'll only stay on vehicles if there are fewer than 50 people. Although I can tell you that travelling the system for the last few days, most of our vehicles are not as busy as they'd normally be."

He said axing fares isn't an option the TTC could consider because they comprise a large part of its budget, which will already be hurt by floundering numbers due to social distancing.

"One thing we have to remind people is we are delivering 98 or 99 per cent of the service we would normally be delivering," Green said.

"We're trying to keep that going as long as we can because the TTC is an important part of getting people around the city, particularly in these times. It's getting people to work — people who work in grocery stores or in medical facilities."