Movie theatres are shut down, so what’s streaming? 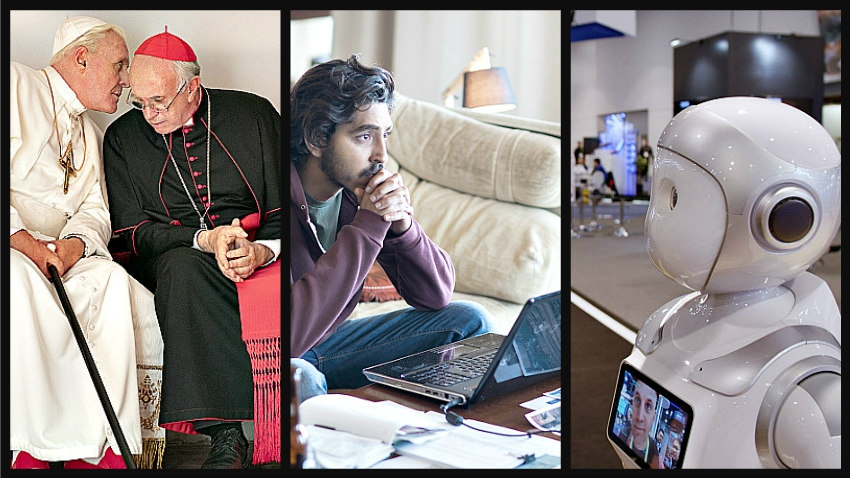 Recommended streaming while in self isolation: Two Popes, Lion and The Internet of Everything
Previous story
Next story

It was itself like a sequence in a movie. One by one the theatres announced they're closing because of COVID-19: First the local ones, then the Regal chain, which operates in 42 US states, and then our major ones, Cineplex and Landmark.

Big films like James Bond's 25th, A Quiet Place Part II and Black Widow are delayed. Smaller films, too. Mick Jagger was to be on screen as of today (Friday) in an art-world thriller that also includes Donald Sutherland. Two Canadian films, Anne at 13,000 Feet and Ash, will just have to wait, and the Chinese film To Live to Sing won’t be back in theatres on Monday as planned but goes the next day to iTunes.

There’s more. Both Cannes and the DOXA film festivals have just been postponed, although they were still weeks away. So have the Canadian Screen Awards of March 29.

Worse there are now all sorts of articles fearing for the future — initially for the summer movie season, because so much film production has stopped for now, and ultimately for the industry as a whole.

Will movie theatres die altogether? Pessimists are asking that question as the streaming services like Netflix and Disney+ fill in and more people discover how much easier it is to watch them than to go out.

I’m not too worried. I say movies have survived onslaughts before and theatre, radio and books haven't disappeared either, have they? But a change is in progress and streaming is it right now.

In that spirit, here are a few recommendations, not at all comprehensive, but maybe useful.

NETFLIX: The streaming giant has a lot of original movies that, according to a friend who’s watched many, are merely ordinary.

That includes Spenser Confidential, the Mark Wahlberg film they’re hyping so much these days. But a new one starting today, The Platform, is getting good reviews.

Good bets though are the four Oscar-nominated films: Roma, last year, and The Irishman, Marriage Story and The Two Popes this year. Good time to catch up if you haven’t seen them, especially The Two Popes, my favourite of the four. 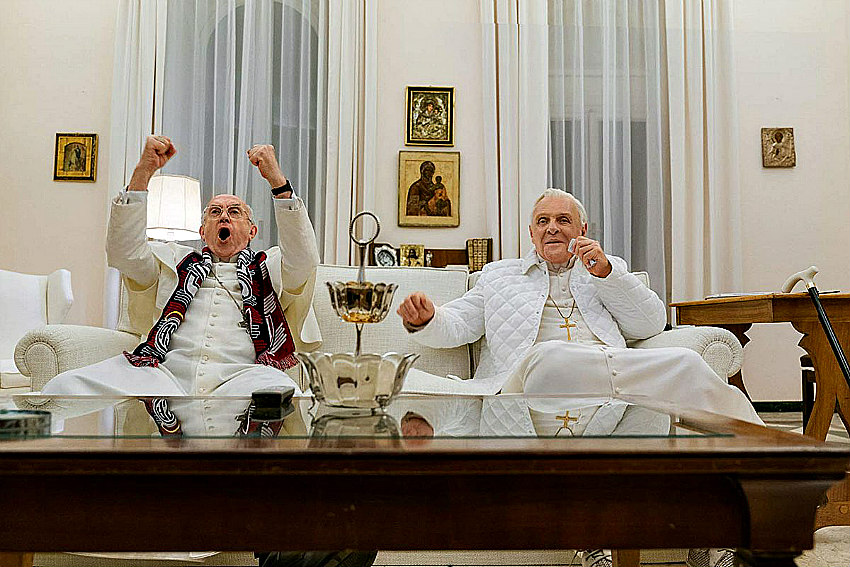 Anthony Hopkins and Jonathan Pryce put on an acting showcase as Benedict and his successor Francis (Pryce should have won the Oscar). Since so much of the film is of the erudite, witty and often funny conversations between the two, it plays well on a TV. Ironically, it also shows what you miss. There’s a re-created Sistine Chapel (filming isn’t allowed in the real one), but you don’t feel the grandeur if you don’t see it on the big screen.

Digging deeper on Netflix I found a gem from four years ago, Lion, in which a boy in India gets himself lost, adopted by a couple in Australia (Nicole Kidman and David Wenham) and 20 years later tries to find where he came from. Dev Patel (Slumdog Millionaire and the freshly delayed The Personal History of David Copperfield) plays him as an adult towards a most emotional resolution.

I didn’t have to dig too far to find Contagion. It’s nine years old and has had a lot of attention now because it’s so spot on about exactly what we’re going through. A virus is spreading, Laurence Fishburne, Marion Cottilard and others are trying to contain it and a nutbar blogger (Jude Law) is an interfering troll. 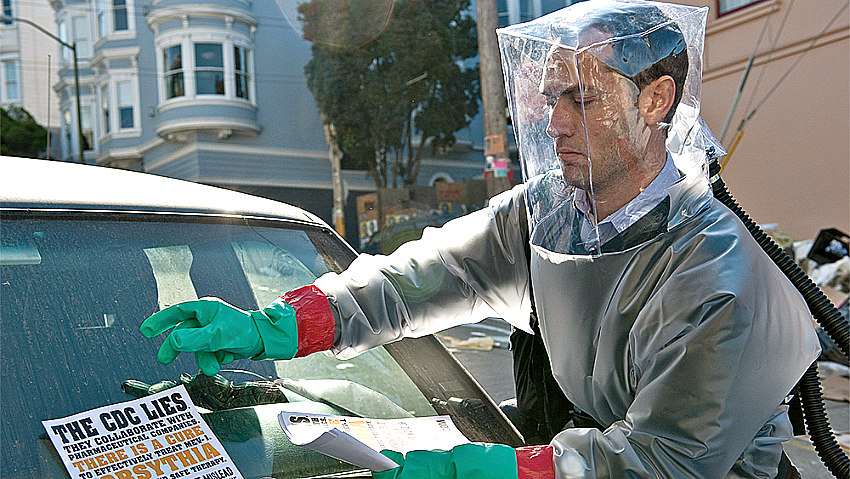 There’s constant unease in this Stephen Soderbergh film, but also documentary realism that’s scientifically accurate and quite detailed. It seems other streaming services have the film, too. It’s enjoying a new life.

DISNEY+: This service has a huge library to draw on: films from Disney, Marvel, 20th Century Fox, Pixar, The Muppets, National Geographic and more. They have Stars Wars features and spinoffs, cartoons and just this week added the all-time animated champ Frozen II. Disney knows how to benefit both its audience and itself at the same time. 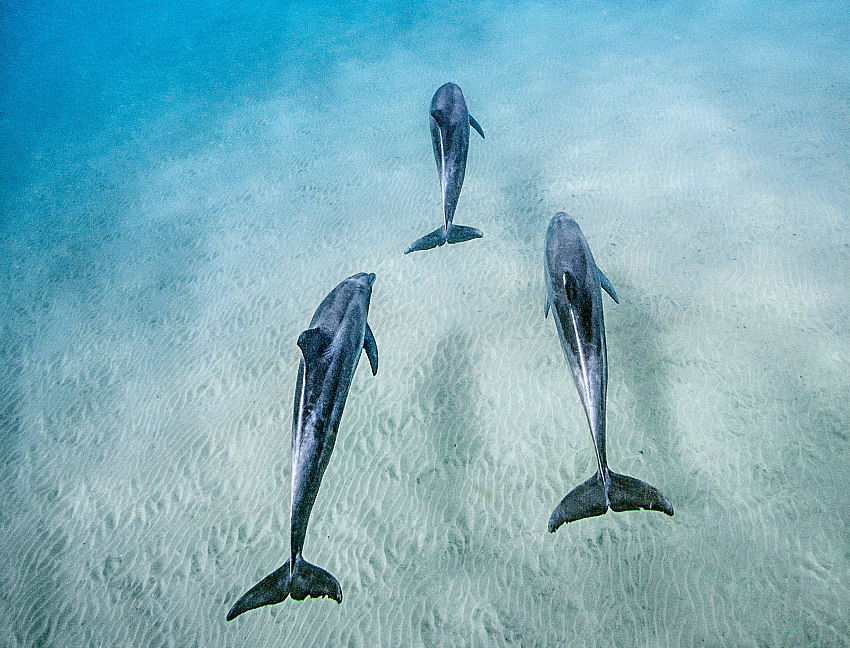 You’ll also find those beautiful nature documentaries they’ve been sending us annually for Earth Day. They’ll be on there starting April 3, including this year’s new one, Dolphin Reef.

HBO/CRAVE: Telus bundles these together and it’s a bit hard to find what you want, but scroll through categories like award winners, critical favorites and goofy movies.

HBO has a lot of films and series I only hear about on award shows. Titles like Big Little Lies and Killing Eve. Also, mammoth series like Game of Thrones (if you need catching up) and an older one that I want to put in a plug for, Rome. We see the life and intrigues of the ancient empire through the eyes and experiences of two centurions.

John Doyle in the Globe praised a limited series called The Plot Against America, from the Philip Roth novel that imagines America if Hitler had won the Second World War. It’s largely a warning about electing a populist with no political experience (Charles Lindbergh in this story). Guess who the film is meant to remind you of. (Some friends in England had high praise for another series with that storyline: The Man in the High Castle — it’s available on Amazon Prime.)

CRAVE has a wide variety of films from Angry Birds 2 to an Xavier Dolan and art house fare like The Last Black Man in San Francisco. One that interests me is Gun Fight, a documentary about America’s gun problem from Oscar-winner Barbara Kopple. She made it a few years ago after one of the worst of the mass shootings.

YOUTUBE: It has added a streaming service. You can rent for cheap, but there are also many films you can see for free, some with commercials to cover the cost. I read one complaint that most are not worth watching. Maybe, but I found a couple of westerns (an obscure early Charles Bronson and a big colourful Gregory Peck) as well as The Night of the Living Dead that seem to indicate that exploring further might be warranted.

TRIBUTE.CA: This site has compiled a pretty good list of what the streaming services have available (see https://www.tribute.ca), although they recommend them for binge watching while you’re self isolating. I’d be careful with that.

One Final Tip: THE INTERNET OF EVERYTHING: This is the latest documentary from Victoria’s Brett Gaylor critiquing the world of high-tech. In a web series five years ago, he explored how you’re being tracked when you go online. Here, he explores surveillance even further, starting with what we call the Internet of Things.

We hook up electronically to tell Alexa to do this or that, or have lights or music go off and on. At a trade fair he finds a voice activated toilet (who needs that?) and a device a woman can insert to read her fertility cycles to help with conception. Conveniences, yes, but as they work, Gaylor says, somebody is harvesting data about you. Business interests have perverted the internet. A sleep apnea sufferer is being read through the mask he wears. In China people earn (or lose) points on their “citizen score” and could end up on a blacklist. 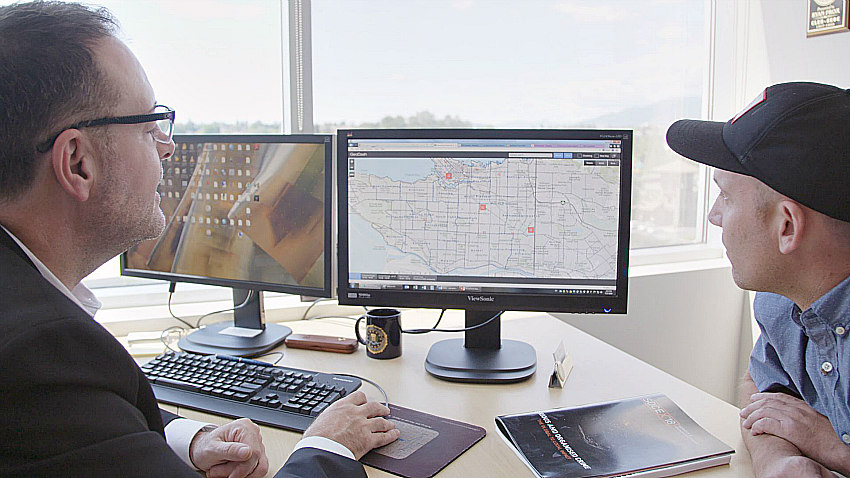 In Vancouver, “predictive policing” has been used against burglaries, although in Los Angeles it’s been accused of racial profiling. In Toronto, Google’s owners are planning Sidewalk Labs, a smart neighbourhood run and monitored by technology. The film is very good at raising concern about all this, but not as clear when it claims the same techniques are used in Barcelona to do good. Overall, though, intriguing stuff, just 52 minutes long and streaming March 22 on CBC Docs POV and on CBC Gem after that.