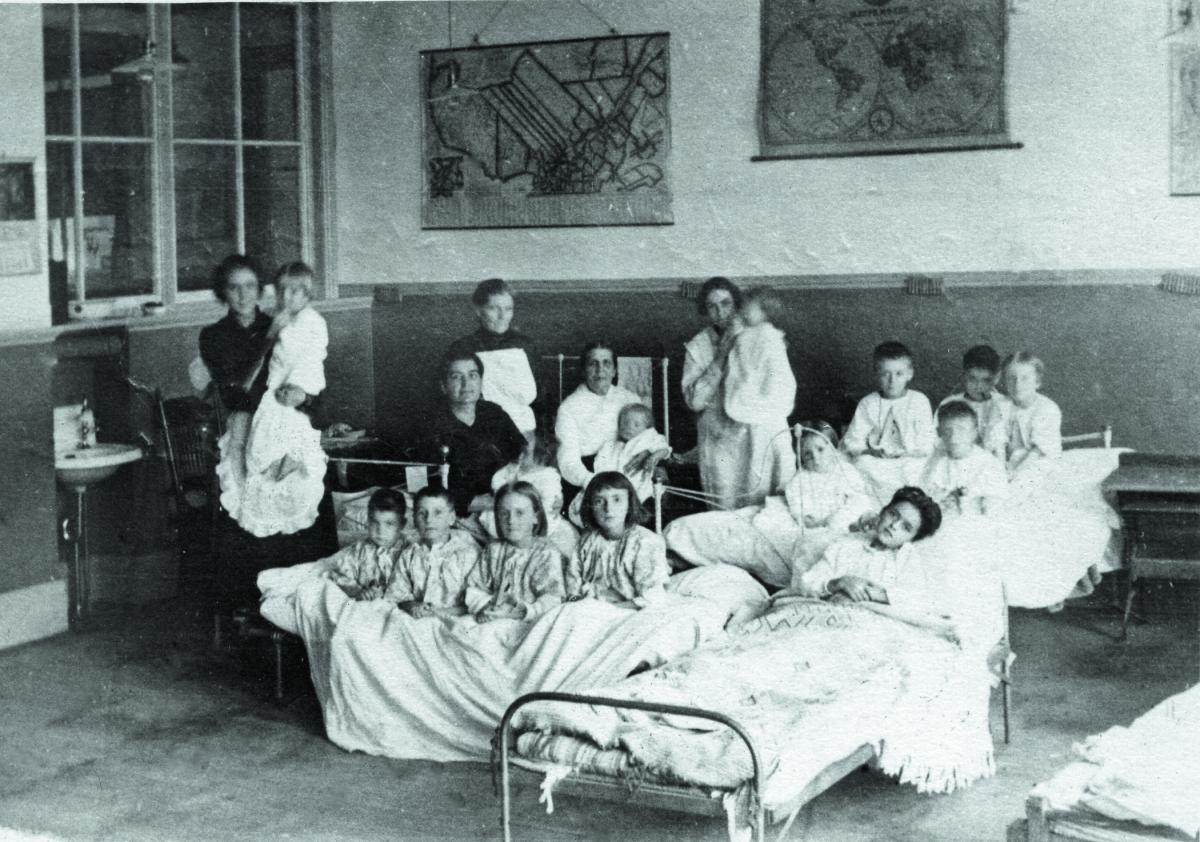 In the midst of this COVID-19 societal upheaval that feels like paralysis, it is far too soon to know how things will work out. What we know is that the impacts of this will run deep and long. They will impact humanity intergenerationally.

I feel a connection to the 1918 Spanish flu. It was hardly the first global pandemic. For that, you can dig back to Before Christian Era and the Plague of Athens. And it did not make as large an impact as the Black Death in the 1300s that killed an estimated 75 million people. The Spanish flu killed somewhere between 20 and 40 million — more people than the carnage of the First World War itself.

My connection stems from my namesake. When I was born in 1954, my maternal grandmother Ruth insisted that my parents name me after her mother, Elizabeth Evans Stephens who died in the Spanish influenza pandemic. My grandmother became motherless as a toddler. The scars on her life carried into my own mother’s childhood and then to mine. Good parenting is hard post-trauma. Just ask any Indigenous families still bearing the pain of the residential school system.

Spanish flu circled the globe with returning troops, but it did not have wings. Now, given our ubiquitous international air travel, the COVID-19 virus travels the world at a gallop. We need to follow the advice of public health officials and stay put. But the flights and the spread of disease have taken place. We now need to delay the transmission within our communities.

Another member of Parliament with a strong Spanish flu connection is former Minister for Science, Kirsty Duncan (former Deputy House Leader of the Government). What are the chances that anyone in politics would actually have extensive background in scientific research about Spanish flu? I have known Kirsty for the last 25 years or so, as her research led her to Environment Canada and work in climate change. Before either of us had imagined a life in politics, she was part of the Intergovernmental Panel on Climate Change.

When the bodies of a long dead group of Norwegian miners, buried in Svalbard, were discovered due to the global warming that thawed their graves, Kirsty had the brilliant idea that the genetic material from the Spanish flu virus might be collected for further study. It was an uphill slog to get financial support and launch a large-scale medical project to uncover genetic material from the Spanish flu. Ultimately, despite getting to Svalbard and using cutting edge technology, the mission failed. Still, Kirsty Duncan’s book on the subject, Hunting the 1918 Flu, is likely to turn up on some google searches as interest in pandemics is top of mind.

In the current state of constant updates, I am grateful as an MP and parliamentary Green leader for phone calls — with Kirsty, and with other ministers and parliamentary secretaries, open to opposition party ideas and trying to ensure that in the absence of a sitting Parliament, we function as a healthy democracy.

I have been exposed to so many people, in Parliament and in airports, and do not want to bring the COVID-19 virus into my community, so I decided to self-isolate. To my surprise, there is almost no time to read the books piling up on my bedside table, to write articles or to — as a far off project for some unknown leisure time — learn to play the ukulele.

I am working flat out on proposals to protect vulnerable workers, small business — proposals large and small — to anyone with time to listen within government. And my staff and I are helping constituents, including those stuck overseas and trying to get home.

Still, when I get time to think, it strikes me what an extraordinary moment this is. For the first time in my life, all nations and all peoples are focused on one thing — the same enemy. All leaders — whether mendacious and murderous, dictatorial or democratic people of integrity — all are dealing with the same crisis. All countries are united in a way that I have never experienced.

For the first time in my life, all nations and all peoples are focused on one thing — the same enemy.  All leaders — whether mendacious and murderous, dictatorial or democratic people of integrity — all are dealing with the same crisis.

Will this bring about long-term change? The climate emergency remains a much larger public-health threat than COVID-19. We have been told for decades that societies cannot turn on a dime to embrace a new climate reality. Does that feel true anymore? Does it seem possible to insist that humans will not accept rapid transformational change after watching people all around the world accept that they now work from home?

We now find ways to help each other. We band together in the hope of saving lives. Is this not a moment to proclaim that is what we must continue to do?

In a recent opinion piece in the Globe and Mail, https://www.theglobeandmail.com/opinion/article-the-coronavirus-is-a-collective-problem-that-requires-global/ Thomas Homer Dixon wrote:

“Today’s emerging pandemic could help catalyze an urgently needed tipping event in humanity’s collective moral values, priorities and sense of self and community. It could remind us of our common fate on a small, crowded planet with dwindling resources and fraying natural systems.

“We won’t address this challenge effectively if we retreat into our tribal identities and try to wall ourselves off from each other. COVID-19 is a collective problem that requires global collective action — just like climate change.”

Pandemics cause long-term change. What will the legacy of this one be? It is too soon to know, but it is not too soon to hope.

Elizabeth May asks, 'At what cost, Canada?'

"Will this bring about long

"Will this bring about long-term change? The climate emergency remains a much larger public-health threat than COVID-19. We have been told for decades that societies cannot turn on a dime to embrace a new climate reality. Does that feel true anymore? "
PERFECT ! Thanx Ms May.

"We have been told for

"We have been told for decades that societies cannot turn on a dime to embrace a new climate reality. Does that feel true anymore?" That word, "embrace" reminds me of a great video, to go with Elizabeth's blockbuster speech on the climate crisis. You can find the "Embracing our Future" video here: https://fortheloveoflife.net/tmt/
And a beautiful poem (English translation & the original Italian) that gives a poetic voice to this vision, is here:
https://en.doppiozero.com/content/march-ninth-twenty-twenty
with love & hope, we keep on.