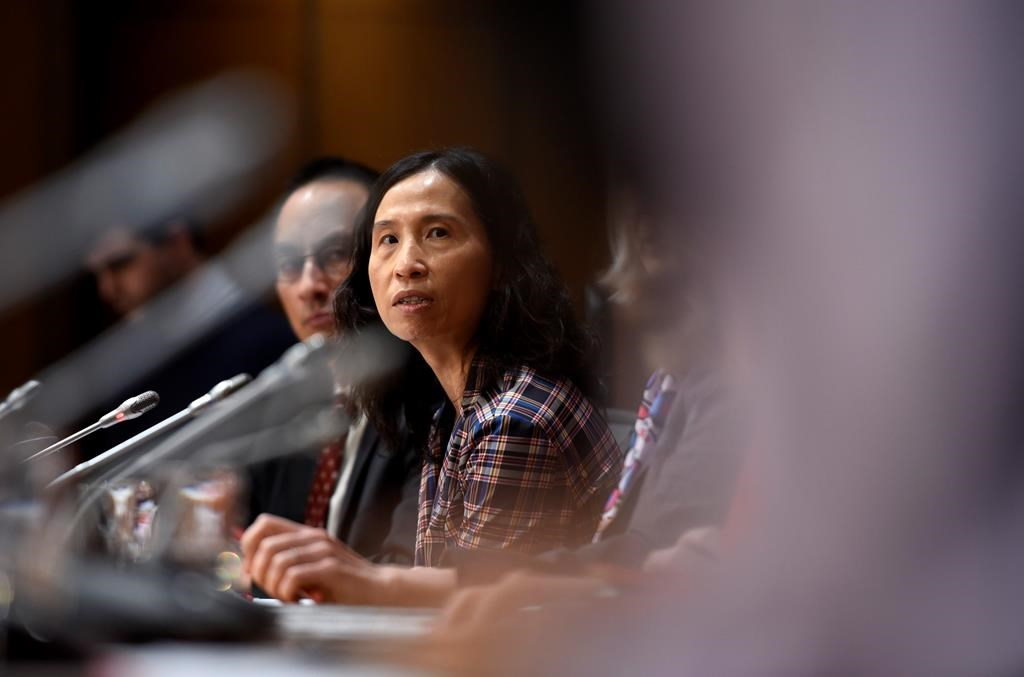 The federal government is launching a $30-million national ad campaign Monday to urge every Canadian to do their bit to help prevent the spread of the deadly COVID-19 virus.

The advertisements, featuring Canada's chief public health officer, Dr. Theresa Tam, are to air starting Monday on television, radio and in print and will run until at least the end of April.

The 15-second ads — two in English and two in French — zero in on the two main things each individual can do to curb the spread of the virus: personal hygiene and social distancing.

In one, Tam advises everyone to avoid crowded places, avoid non-essential travel and stay home as much as possible; and, if they may have been exposed to COVID-19, to self-isolate.

In the other, she reminds Canadians to protect themselves and others, especially those with pre-existing medical conditions and older people, by practising good hygiene: frequent hand washing, not touching your face, coughing or sneezing into your arm and staying home as much as possible.

The ads are being launched as several provinces have begun warning of fines and even jail time for people who ignore orders to keep at least two-metres distance from other people and isolate themselves at home for 14 days if they've just returned from another country.

"COVID-19 is a serious public health threat," Tam says in one of the ads. "All Canadians must act now to reduce the spread."

In the other ad, she concludes with this message: "Now is the time to act but we must act together."

This report by The Canadian Press was first published March 22, 2020.