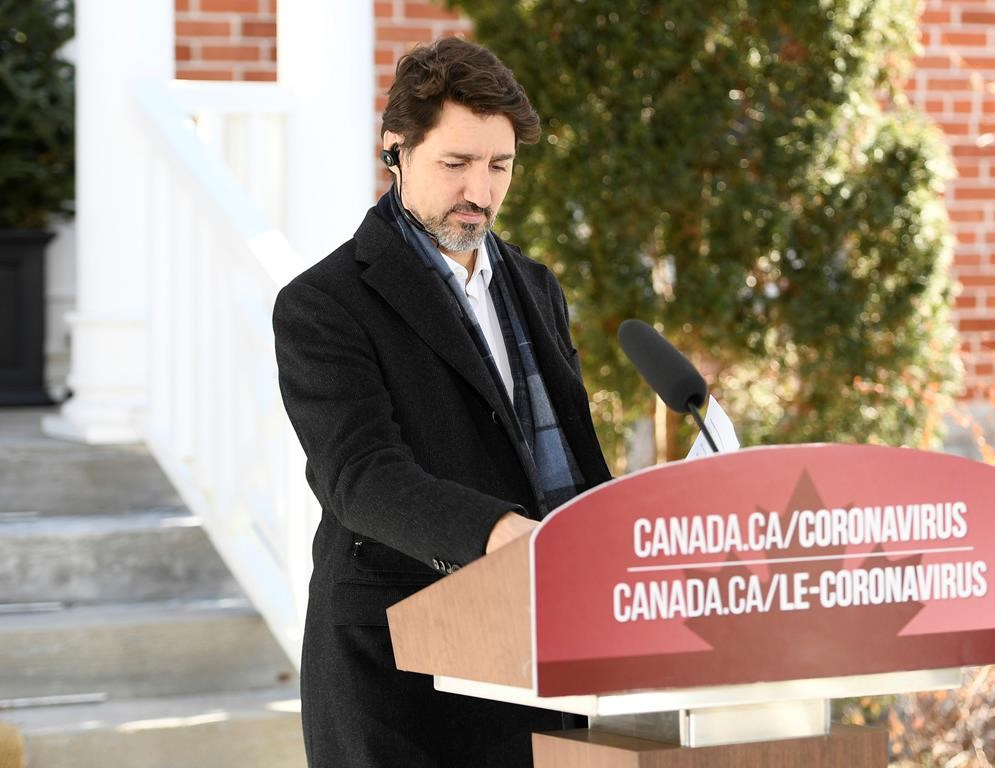 Prime Minister Justin Trudeau arrives to speak at a press conference on COVID-19 at Rideau Cottage, his residence on the grounds of Rideau Hall in Ottawa, on Saturday, March 21, 2020. Photo by The Canadian Press/Justin Tang
Previous story
Next story

The House of Commons will reconvene Tuesday to vote on measures aimed at easing the burden of COVID-19 on individuals and businesses.

Government officials say they've been working behind the scenes with opposition parties to make sure the legislation can be debated and passed as quickly as possible.

On March 13, Parliament decided to follow its own advice about social distancing and shut down the House to allow government officials to focus their efforts on fighting the virus.

The House will reconvene at noon for 4 1/2 hours to approve the emergency legislation put forward by the federal government.

"I want to thank the House leaders for their co-operation and the members of the opposition for their efforts as we work together to slow the spread of this virus," Prime Minister Justin Trudeau said Sunday.

All parties have discussed ways to limit the number of MPs who will return for the vote, said government House leader Pablo Rodriguez.

There will be 32 MPs in the chamber split among the parties based on the number of seats they hold, he said.

"We are all working together in the best interest of Canadians," Rodriguez said.

The proposed measures announced last week by Trudeau and Finance Minister Bill Morneau include changes that would allow people to more easily qualify for employment insurance, and support for people who don't qualify for EI.

Once the legislation is passed in the house, Rodriguez said the Senate will convene the next day with a limited number of senators.

Trudeau said Canadians can expect to hear about more economic measures from the government in the days and weeks ahead.

This report by The Canadian Press was first published March 22, 2020.

House of Commons suspends for five weeks over COVID-19 risk