Parliament to debate $82B COVID-19 emergency spending and government powers 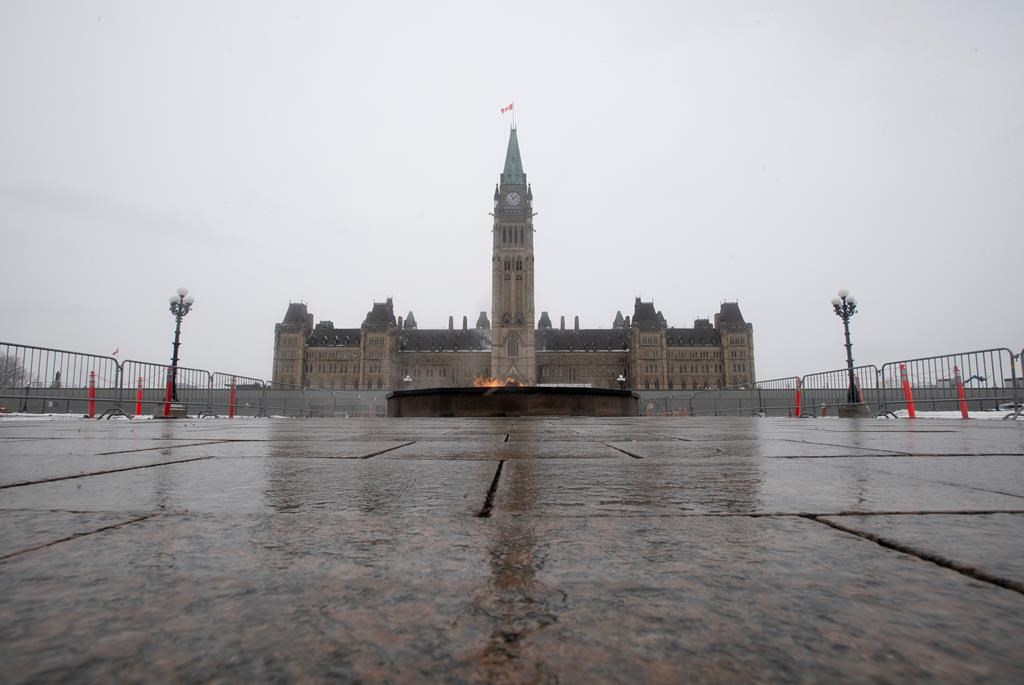 Parliament Hill is seen without any visitors in Ottawa, on Monday, March 23, 2020. Photo by The Canadian Press/Adrian Wyld
Previous story
Next story

The House of Commons sits today to deal with an emergency bill to spend billions of dollars to fight the COVID-19 pandemic and cushion some of its economic harms.

The opposition parties have said they'll back the $82 billion in direct spending and deferred taxes Prime Minister Justin Trudeau wants to put up to prepare the country for mass illness and help Canadians cope with lost jobs and wages.

The Liberals backed off an attempt to get the federal cabinet extraordinary power over taxes and spending, so ministers could act without Parliament's approval for months — powers the Conservatives balked at giving them, at least on the scale the Liberals sought.

When there's a minority government like the one Trudeau leads, the chance to bring the government down on a spending bill is what gives the opposition its power.

Meanwhile, Ontario's and Quebec's premiers are ordering non-essential businesses to close their workplaces by midnight tonight, provinces are contemplating closing their borders to each other, and Trudeau has hinted that harsh measures might be used to keep people from gathering in groups.

The death toll in Canada reached 24 yesterday as the number of confirmed cases of COVID-19 passed 2,000.