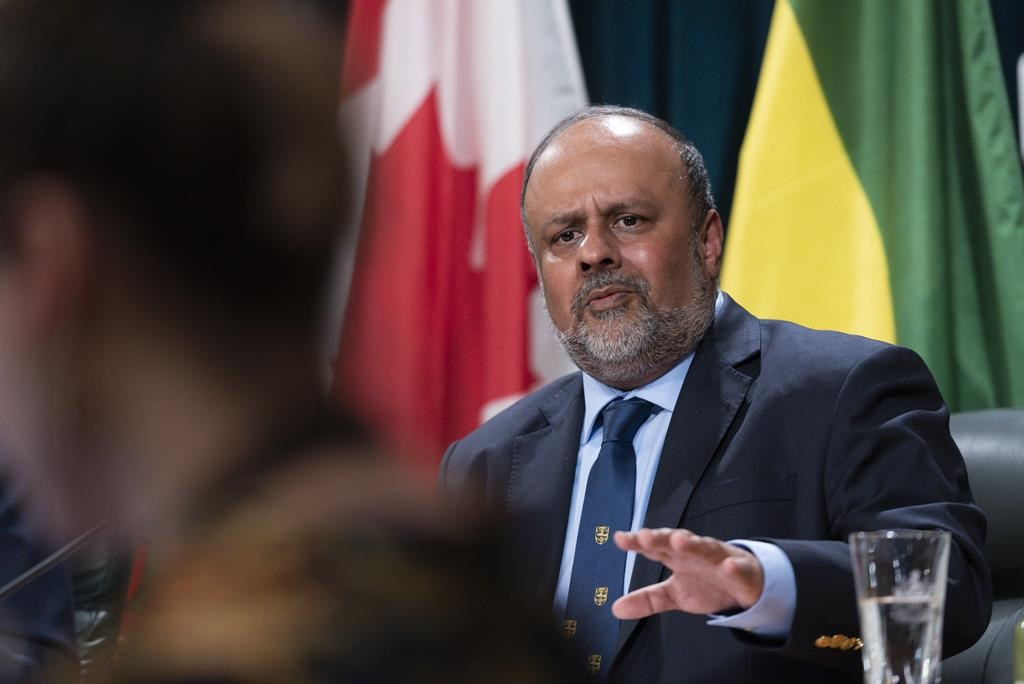 The spread of COVID-19 could exceed the Saskatchewan Health Authority's capacity for acute services and lead to a death toll in the thousands, says an internal document.

Some estimates for infections as well as preparations on how to deal with the spread of the virus are outlined in a planning presentation by the authority dated last week and obtained by The Canadian Press.

It says that with a 30 per cent infection rate, about 240,000 people could be expected to remain at home, while 15,000 would require hospitalization in intensive care units.

The health authority said its plan's 30 per cent infection figure comes from modelling by other jurisdictions and the presentation itself is based on a worst case scenario of the virus spreading rapidly with no action to stop it.

The projections will be updated, officials said Tuesday, pointing to current restrictions the province has taken, such as prohibiting large gatherings.

Health Minister Jim Reiter echoed public health officials, saying an infection rate of 30 per cent over a short period of time would overwhelm the health-care system.

"That's why every effort is being made to flatten the curve ... through social distancing and through self-isolation," he told a news conference.

The internal document underscores that "time is of the essence" and "preparations must begin immediately."

It says all scenarios show the pandemic having a huge impact on the province's health-care system, and the health authority's strategy is to "contain, delay and mitigate."

"Demand for acute services will exceed existing capacity for hospital beds, ICU beds, ventilators, as well as creating a major burden on other acute services, supports, HR, supplies, and equipment," it reads.

"However, even under conservative assumptions, COVID-19 will almost certainly overwhelm the health system."

The authority has said that it has 91 adult ventilators — with 250 more on order — and more than 80 sub-acute ventilators. It also has about 100 ICU beds.

Reiter said there's a global demand for ventilators and couldn't say when Saskatchewan would receive its order.

"I'm optimistic we're going to get some. I don't know if it'll be full orders."

Dr. Susan Shaw, chief medical officer with the health authority, said she hopes the worst case scenario won't happen. The public has an important role to play, she added.

"Our commitment is to prepare and do everything possible at our end to be ready. And our ask is that everybody out in the public keeps themselves safe."

The document also outlines three stages in the authority's plan to deal with demand, including the creation of COVID-19 hospitals in Regina and Saskatoon.

"At the peak of the pandemic, Saskatoon will need the capacity to provide ventilatory support to nearly 500-600 patients daily (ventilation and non-invasive ventilation)," the presentation says.

"Saskatoon will need capacity for 2,000 COVID-19 patients who do not require ventilation at peak demand."

Health authority CEO Scott Livingstone said a team making the projections looked at Saskatoon as an example of what could happen.

The health authority said its trying to increase bed availability and hold onto supplies by slowing down non-essential services. Creating special spaces for COVID-19 patients, including dedicated hospitals, is part of that planning.

"It's critical that people understand that we've got to consider some of the worst case scenarios," Livingstone said.

This report by The Canadian Press was first published on March 24, 2020