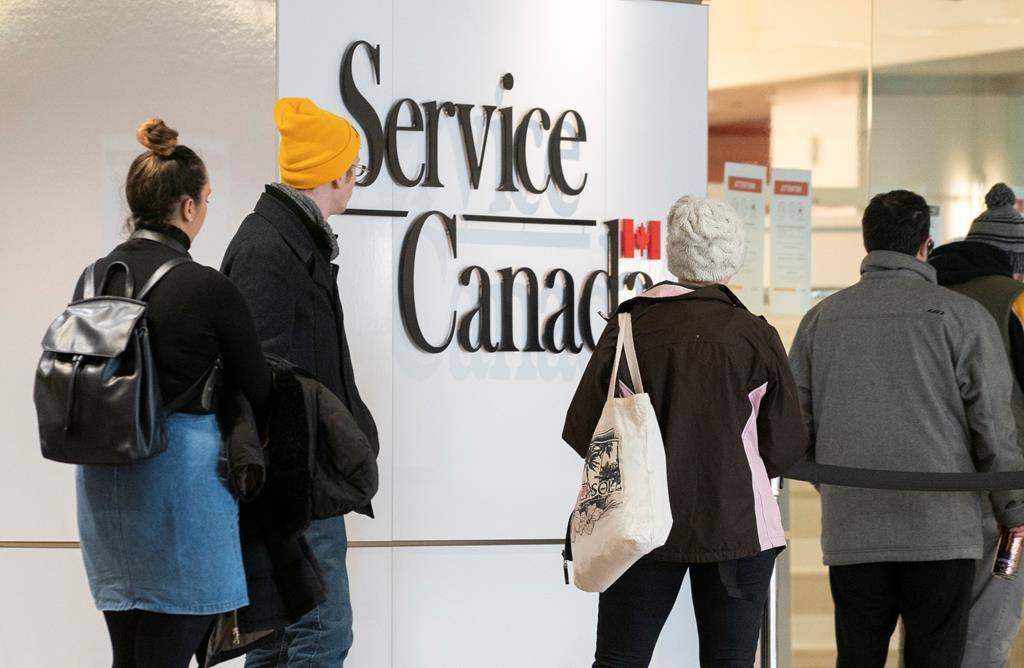 People line up at a Service Canada office in Montreal on Thursday, on March 19, 2020. File photo by The Canadian Press/Paul Chiasson
Previous story
Next story

To combat the spread, Deputy Prime Minister Chrystia Freeland announced that everyone arriving in Canada will have to be quarantined for 14 days or face arrest and fines.

"This is about taking very practical steps to protect the health and safety of Canadians," Freeland said.

Other jurisdictions have also been clamping down.

In Newfoundland, a 53-year-old woman was arrested this week in Corner Brook for allegedly violating provincial public health orders to self-isolate. She faces a fine of up to $2,500 or a jail sentence of up to six months. Last week, police in Quebec City arrested a woman they say was infected for allegedly defying orders to stay indoors.

With governments implementing stiff restrictions aimed at avoiding crushing an already stressed health-care system, an unprecedented number of Canadians have experienced layoffs and job losses over the past week. Close to one million new applications for employment insurance have been reported.

Financial markets did climb for a second day but remained far from where they were before the virus pushed them over a cliff.

The brutal economic reality was apparent in a new poll: Close to half of those asked reported someone in their house had lost work because of the outbreak. More than half who said they had lost work said their employers were not compensating them and getting employment insurance had proven difficult.

To that end, a $107-billion federal bill, including $52 billion in cash support, passed in the early hours and won Senate approval later Wednesday. One measure will provide $2,000 per month for four months to workers without income because of the pandemic. The benefit should start flowing on April 6, Finance Minister Bill Morneau said.

Ontario introduced a $17-billion COVID-related package of its own. Measures include a one-time payment for parents of $200 per child 12 years old and under, doubling payments for low-income seniors and suspending student loan payments for six months.

Some provinces have suspended rent hikes and halted evictions due to non-payment of rent. B.C. Premier John Horgan said on Wednesday the province would give tenants who can't pay as much as $500 a month for four months for rent.

The federal government also said it would spend $50 million as part of a United Nations initiative to help the world's most desperate people fight the pandemic.

Almost 140,000 Canadians have now been tested for COVID-19, said Dr. Howard Njoo, the country's deputy chief public health officer. Some labs have reported a testing backlog due to diminishing supplies of essential chemicals.

"Health organizations, across all sectors, are reporting shortages of personal protective equipment," the Registered Nurses Association of Ontario said in a statement. "The available ventilators, required to save lives during the pandemic — including the 300 additional ones Ontario has ordered — vastly underestimate the real need under a worst-case scenario."

Experts say the virus causes mild flu-like symptoms in most people but can lead to life-threatening pneumonia in others: particularly the elderly and those with compromised immune systems or underlying conditions. Authorities say the best defences include frequent hand-washing and "social distancing" — avoiding contact with others.

To that end, provincial and local governments have taken increasingly urgent steps to force people to stay home. Many non-essential businesses have shut down and much of normal daily life has ground to a halt.

This report by The Canadian Press was first published on March 25, 2020