Woman in Newfoundland arrested for refusing to self-isolate 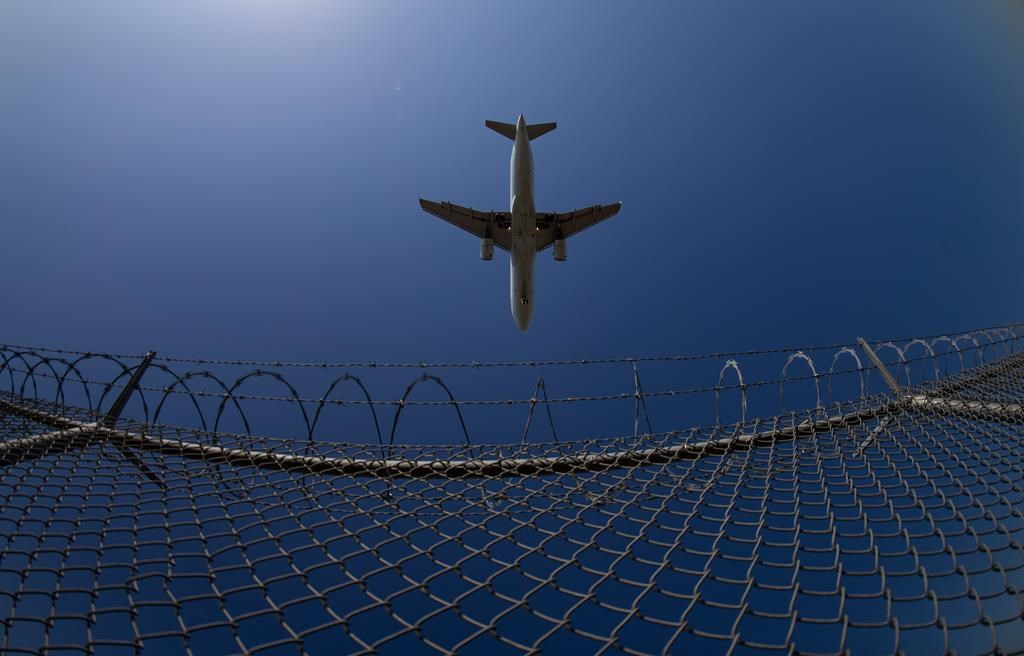 The arrest of a woman in Newfoundland for refusing to stay inside after she arrived from outside the province is raising questions about the extent to which law enforcement agencies can limit basic freedoms to prevent the spread of COVID-19.

The Royal Newfoundland Constabulary confirmed Wednesday the 53-year-old woman was arrested the night before in Corner Brook and placed in a jail cell overnight for allegedly violating public health emergency orders aimed at slowing the spread of the virus.

Const. James Cadigan said officers responded to complaints alleging the woman was not self-isolating for 14 days, as required under Newfoundland and Labrador's Public Health Protection and Promotion Act.

He said officers spoke to the woman and arrested her for failing to comply with the law, which could lead to a fine of between $500 and $2,500 or a jail sentence of up to six months. The woman was released after appearing in court Wednesday and is scheduled to return June 9 to enter a plea.

"If you're going to put our community at risk, we will follow up on those measures," Cadigan said.

However, the head of the Canadian Civil Liberties Association said police are on murky legal ground, even though dealing with a global pandemic can call for extraordinary measures.

"If it's a measure of last resort and the police exercise their discretion in a way that puts public health first ... then there is legal authorization to do this," said Michael Bryant, the association's executive director.

But Bryant said there are important constitutional issues to consider, and putting someone in jail is not necessarily the best approach.

"It's not clear to me that a quarantine order for travel outside of a province is constitutional," he said in an interview.

"Any travel order than restricts people's travel from province to province, arguably, could run afoul of our constitutional rights to mobility. This may be an opportunity to test this particular Newfoundland law that clearly restricts mobility rights."

Later in the day, the federal government announced it will start enforcing 14-day quarantines on travellers returning to Canada. Deputy Prime Minister Chrystia Freeland said mandatory isolation is needed to flatten the curve of the growth of the novel coronavirus in Canada.

The formal quarantine order comes with the potential for arrests and fines.

In Quebec City, police arrested a woman last week who they say was infected with the virus and was walking outside after being ordered to stay indoors.

"When it became obvious we had to act, we acted," Mathieu Boivin, spokesman for Quebec City's regional health authority, said last week.

Legault has said the health emergency gives the police "all sorts of powers" to enforce his directives. Quebec also announced fines of at least $1,000 against anyone ignoring directives that prohibit gatherings.

Last Sunday, Nova Scotia declared a state of emergency to deal with the pandemic and immediately enacted new restrictions and penalties under the province's Health Protection Act.

People in Nova Scotia are prohibited from gathering in groups larger than five. Individuals caught violating the limit face a $1,000 fine, and businesses allowing large groups to gather face a $7,500 fine.

Vancouver city council voted unanimously to permit fines as high as $50,000 against businesses that don't adhere to social distancing measures and up to $1,000 for individuals.

—with files from Holly McKenzie-Sutter.

To Mr. Bryant and everyone

To Mr. Bryant and everyone who doubts the need to deal with stubborn selfish people in this way:
"It's not clear to me that a quarantine order for travel outside of a province is constitutional" smacks of complete disregard for public health!
The best way to understand the situation we now find ourselves in is to recall entering into a hospital, for example. A patient leaves his autonomy outside the doors, and is REQUIRED to submit to and obey orders from medical staff. In this way, care can be delivered to the patient in the best, most efficient way possible. I believe that "important constitutional issues" have never been questioned in hospitals. (I worked as a hospital nurse for 40years).
Trying to modify emergency measures to please everyone's personal sentiments in situations involving a pandemic is completely INAPPROPRIATE! Granted, jail is perhaps not the best place for a person needing to be isolated, as she might have put others in jeopardy. However, restricting her mobility in the instance that she was unwilling to do so herself is vital! After all, Newfoundland is an island, capable of both remaining infection free AND an incubator for infection!
Thank you, stay well, and behave!!