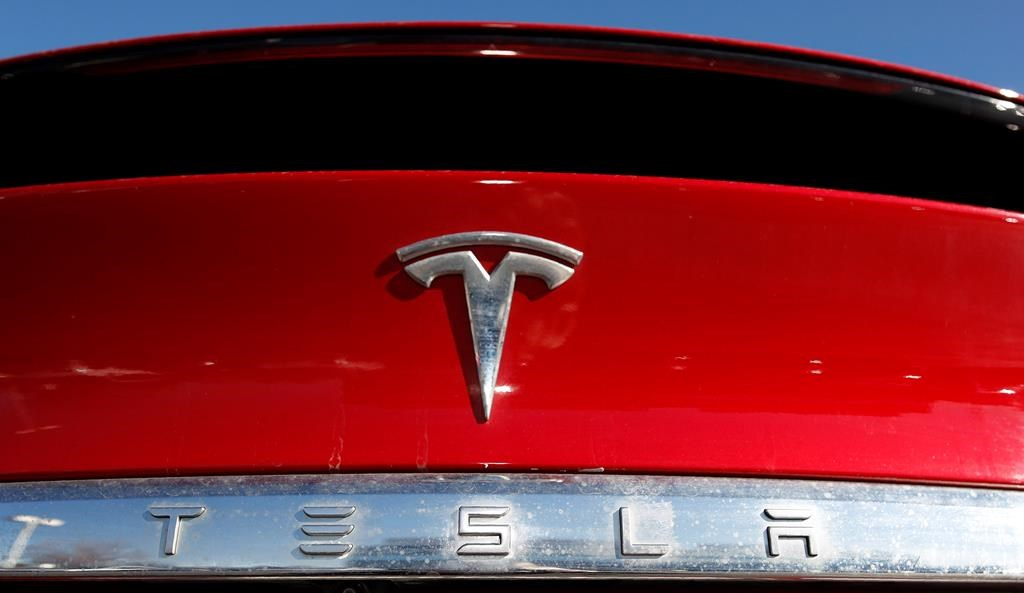 The company logo sits on an unsold 2020 Model X at a Tesla dealership in Littleton, Colo., on Feb. 2, 2020. File photo by The Associated Press/David Zalubowski
Previous story

Tesla's sales of its increasingly popular electric cars got off to fast start this year, even though the company had to slam the brakes along with other major automakers last month because of worldwide efforts to contain the worst pandemic in a century.

The Palo Alto, California, company delivered 88,400 vehicles during the first three months of the year, based on preliminary numbers released Thursday. That represented a 40% increase from the same time last year and came close to matching the average sales estimate of 89,000 vehicles among analysts polled by FactSet. Those projections had fallen from estimated sales of 107,000 Tesla vehicles when FactSet surveyed analysts at the end of February.

Investors apparently had been bracing for a letdown amid the economic turmoil triggered by the health crisis that has already killed more than 50,000 people worldwide while infecting more than 1 million. Wedbush Securities analyst Daniel Ives described Tesla's sales numbers as “a small victory in a dark environment."

Tesla's stock surged nearly 17% to $531 in extended trading after the first-quarter sales figures came out. Even so, Tesla's stock has lost nearly half its value since peaking nearly two months ago amid rising hopes that the company's cars were on the verge of making the leap from the luxury to mainstream market.

Tesla CEO Elon Muck was among those who initially downplayed the threat posed by the coronavirus, and publicly predicted it would be not much worse than the flu. He has since pledged to help make the ventilators needed for people battling COVID-19, although local officials had to pressure Tesla to close its main factory in Fremont, California, last month after an edict was issued to close down most businesses.

Before the shutdown, Tesla manufactured nearly 102,700 vehicles in the first three months of the year, a 33% increase from the same 2019 period. The company won't be making any more cars until at least early May under the current restrictions in the San Francisco Bay Area, with some experts already predicting the ban keeping Tesla's Fremont factory closed could extend into June. Tesla estimated it could have made nearly 500,000 cars in Fremont this year in addition to 150,000 vehicles at a new factory in China.

After years of huge losses, Tesla also appeared to be turning the corner financially a fter two consecutive quarters of profits.

The company will release its financial results for the first quarter later this month or early next month. Those numbers will also give investors an idea of how much cash Tesla has available to help ride out the economic turbulence still ahead. The company ended December with $6.3 billion and raised another $2 billion in February while its stock was still a hot commodity.

Watch those typos, NO! I don

Watch those typos, NO! I don't think Elon Musk would appreciate being referred to as "Elon Muck." LOL.