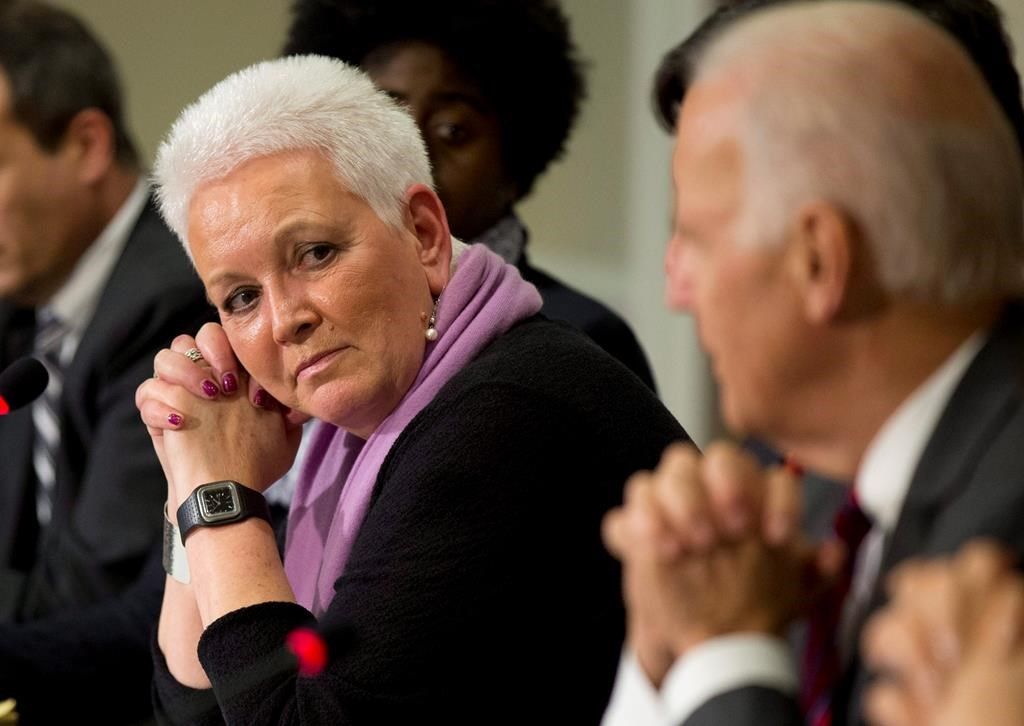 A former top Obama adviser says Canada's disciplined, science-based approach to the COVID-19 crisis should spur it to pursue greater international leadership on global health issues in the fight against the novel coronavirus.

"When I look at Canada, it looks to me there is a disciplined response up there with clear information coming through. I hope you all do very well because I like Canada, and we live next door to each other, and it matters to both of us that we succeed," Gayle Smith told The Canadian Press in an interview Friday.

"Canada has a lot of advantages here. It's good, strong reputation on global health, on the fight against AIDS, for vaccines. So, it's been a real player in that. Canada has got a great reputation and that kind of credibility helps in terms of global leadership."

Smith lamented the Trump administration's decision in 2018 to disband a special office in the National Security Council to monitor global health threats.

"The idea was to leave a directorate behind that could serve as that mechanism to ensure prevention, ensure preparedness and if it was necessary to quickly respond," said Smith, who previously served as head of the U.S. Agency for International Development and as special assistant to former president Barack Obama on his security council.

"I'm deeply sorry. I'm frustrated that that capability no longer exists. It was something we wanted to leave behind," said Smith, now the president of the advocacy group the ONE Campaign.

"It can be rebuilt, and I certainly hope it will be."

Smith said she thinks disbanding the office has led to an "ad hoc" response to the COVID-19 outbreak by the U.S. government.

Smith's comments echoed the view of the directorate's first head, Beth Cameron, in an opinion column in The Washington Post last month. Cameron wrote that the directorate's demise has led to the Trump administration's "sluggish" response to the pandemic.

When Trump was asked about the decision last month, he told a reporter it was a "nasty" question and said he didn't know "anything about it."

Smith was speaking Friday, when the Minnesota-based 3M said the Trump administration is trying to prevent it from exporting its N95 respirator masks as governments around the world struggle to buy important medical equipment.

Canada and the U.S. must ensure their supply chains are not interrupted as they fight the pandemic together, Smith said.

Smith said lessons must be learned from the 2014 Ebola virus outbreak in West Africa.

"Leaders have to act like leaders. Leadership really matters in how these crises are managed," she said.

"With Ebola, we saw the world really come together with Africa to fight that. I'm afraid we've not quite seen that yet."

In dealing with the Trump administration, she urged Canada to lead "with its dialogue, with the facts and the science."

Smith said she was encouraged to see how Canada and the U.S. co-operated to close their shared border to non-essential travel in order to control the spread of the pandemic.

"I don't know what went on behind the scenes. It seemed to me that the discussions on our common border were very grown up and matter of fact. I hope we can see more of that," she said.

Both countries have to deal with the fact that their fates are intertwined, and they have to reach out to the broader international community to fight the pandemic, she said.

"Crises like these lay bare some of our vulnerabilities," Smith said.

"It probably makes sense to work with other countries and multilateral institutions because we actually need them for our own national interest and national security."

I seriously underestimated our Prime Minister. I can't give a passing grade to our federal government on its folly-ridden urge to revitalize and heavily fund more planet-destroying tar sands oil and the pipelines to covey it.
But I have never doubted Justin Trudeau's remarkable work during our pandemic, in communicating with all of us, including children about, how important are the measures we've undertaken to contain Covid. His appeal to the best in Canadians has been, I think, answered by us. His government's plant to protect reeling citizens and gasping businesses has been thoughtful and daring. No ugly nor punishing neoliberal slashing here. He has given the federal government dignity and presence. In this monent, one of the most dramatic and precipitous crises Canada has faced, this man receives a ten out of ten from this social democrat.