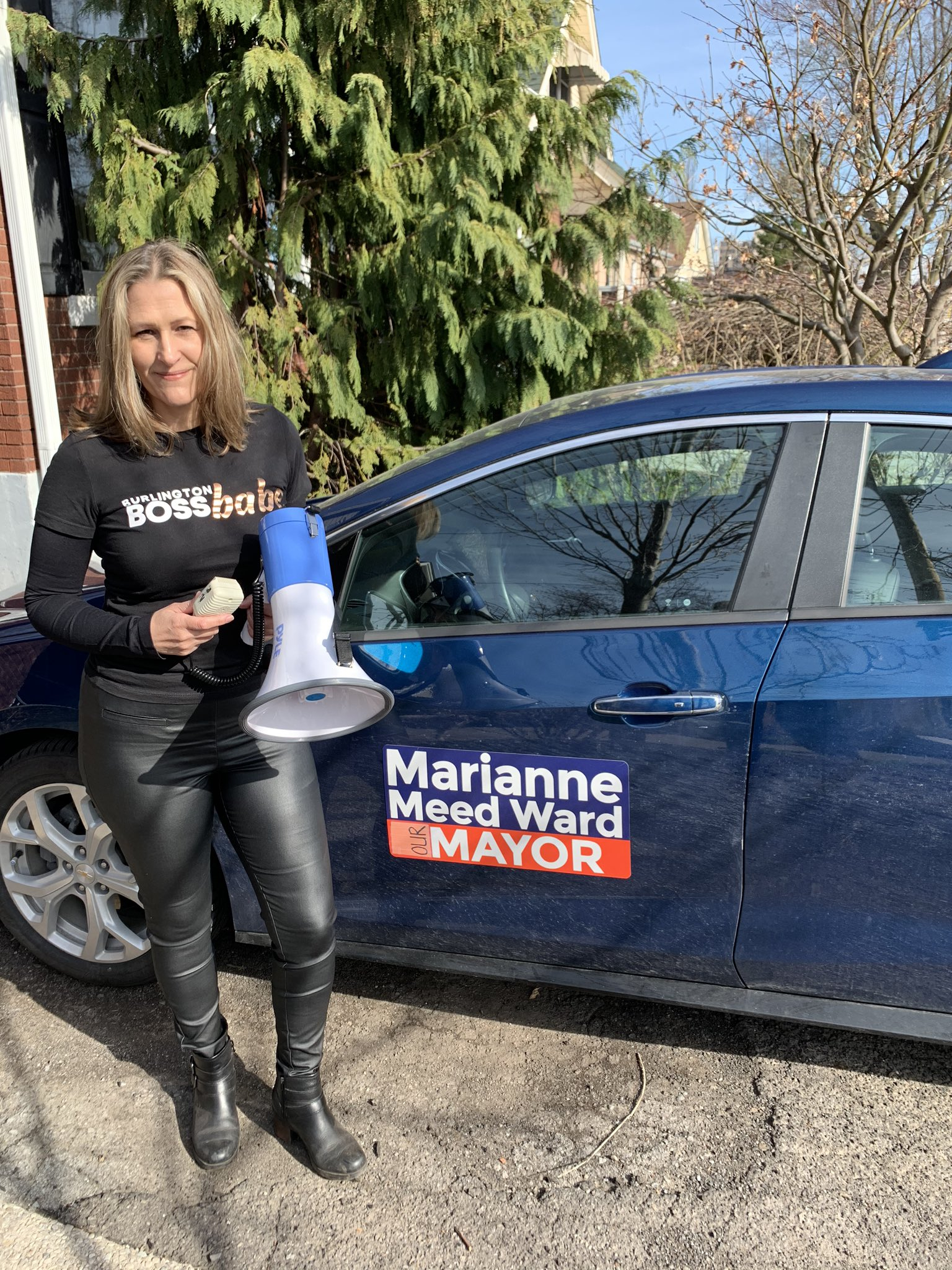 In Ottawa, someone was fined for walking their dog in an off-limits park. In Rouyn-Noranda, Que., non-essential travel is banned. In Toronto, any two people who don’t live together can’t get too close. In Montreal, busking is forbidden on transit.

As the number of confirmed COVID-19 cases continues to grow in Canada, different provinces and cities have set up different rules to slow the spread of the virus. Public health authorities across the country continue to make their own judgment calls about how best to contain the virus in their own jurisdictions.

Last week, for example, British Columbia's provincial health officer Dr. Bonnie Henry said she wasn’t sure if there was any evidence that a recent bylaw passed in Toronto would be effective.

The bylaw, signed by Toronto Mayor John Tory, requires people who don't reside in the same household to stay two metres apart in parks and public squares. The city has also closed parking lots and playgrounds, and said April 4 that its bylaw officers have responded to hundreds of complaints in recent weeks.

Dr. Henry, however, said she was more concerned about indoor transmission in B.C. than outdoor.

“We know that this virus is mostly transmitted to those we are close with in an enclosed setting,” she said. “When we’re outside in a park, the risk of transmission is actually much less than when we’re inside. So I don’t want to spend a lot of time policing people outside."

B.C.’s provincial health officer Dr. Bonnie Henry says she isn't sure if there was any evidence that a recent bylaw passed in Toronto would be effective. YouTube

While B.C.ers continue to be encouraged by their public health officer to enjoy the outdoors while practicing physical distancing, people elsewhere are confronting different measures.

Ontario, with 4,347 confirmed cases, has ordered all recreational facilities, including parks, off-leash dog parks and sports fields closed. It has banned gatherings of more than five people, even private ones, unless everyone is a member of the same household.

Different provinces and cities have set up different rules to slow the spread of the virus. Public health authorities across the country continue to make their own judgment calls about how best to contain the virus in their own jurisdictions.

The City of Ottawa said it issued 43 tickets just this weekend to people in parks and gathering in groups, and responded to hundreds of reports of people ignoring restrictions.

One man in Ottawa was fined $880 for reportedly walking his dog in a local park on Sunday morning.

Most non-essential businesses are also closed in Ontario. On April 3, the province tightened those restrictions, to include workplaces like construction sites that are not exempted for things such as health care, transit or energy.

In B.C., some major construction projects such as the Coastal GasLink pipeline and the Site C dam are still operating, with reduced capacity and public health measures in place.

B.C. Premier John Horgan has said a full lockdown like Ontario would be difficult to carry out.

With 1,266 confirmed cases, the province has opted to take a more sectoral approach to business and industry closures, like closing barber shops and nail salons, and ordering long-term care home staff not to work in multiple facilities.

On Monday, Canada’s chief public health officer said the situation in B.C. as it currently stands does call for some very “cautious optimism.”

Dr. Theresa Tam relayed the “good news” that the province recorded a lower number of cases this week compared to last. “While it is still too early to tell, this continues to encourage us that our collective action can slow the spread of this pandemic,” she said.

“And although there is cautious optimism, we must not relax any of our efforts, from practicing physical distancing (to) frequent handwashing and covering coughs, to protect our most vulnerable.”

As of the morning of April 6, just four provinces contain the vast majority of the 15,806 confirmed COVID-19 cases in Canada: Quebec, Ontario, Alberta and B.C. All other provinces and territories have less than 300 confirmed cases.

Quebec, with 8,580 confirmed cases, the most of all jurisdictions, has implemented travel restrictions within its own territory. Provincial police have been setting up checkpoints to control entry into these regions.

Travel is banned in and out of Quebec's Outaouais region near Ottawa, and other areas in the Laurentians, the Lanaudière, the Charlevoix and around cities such as Rouyn-Noranda and La Tuque.

The City of Montreal has its own rules, for instance banning non-essential functions in its Metro subway system, such as busking and fundraising.

Meanwhile, police in Halifax issued 39 tickets over the weekend to people violating provincial laws in Nova Scotia, and say they have responded to 698 calls since the emergency was declared.

Other Ontario cities such as Cornwall and Halton have made it clear they will be enforcing the law.

The mayor of Burlington, Ont., Marianne Meed Ward, tweeted a photo of herself carrying a megaphone, saying she was ready to remind people of Ontario's rules if necessary.

“Mayor-mobile and megaphone ready if needed to encourage physical distancing, keeping out of parking lots, playgrounds, sports facilities and thank those doing so,” she wrote.

“Everyone I saw (on) my walk today respected six feet (distance).”

Welcome to your new Canada ♥️

To paraphrase Benjamin Franklin, those who would trade essential freedom for a measure of security are deserving of neither freedom or security.

I would rather be dead of the COVID19 than live in a police state with a bunch of cowards.
#CharterofRightsandFreedoms

Benjamin Franklin would not

I hear where you're coming

I hear where you're coming from. But staring down an erupting volcano might be more foolhardy than brave.
The thing is, no one knows, neither you nor I, that one or both of us isn't actually infected, and contagious, and spreading the illness to people who will get the very severe form of the disease. And if you don't already know that, it's not much your fault, because health officials and political leaders haven't out and said so in so many words.
You can give the disease to someone, or get it from someone, after they've been infected and before they have symptoms, while they have mild symptoms, after any symptoms disappear, and (this is why some are calling it the stealth killer) even if you or your friend have no symptoms at all: some people have the illness, and don't develop symptoms throughout, or they're so mild that no one notices it at all. Others get "sick as a dog," and still others get so sick they can't breathe on their own.
At this point, because it's a brand new virus, no one is immune.
It's highly contagious compared to other flu's because of particular bits of its structure. Some people are natural-born singers, while others(like me) can't carry a tune; just so, some viruses aren't easily catchable, while others almost jump out at you. This one is a jumper -- and no one is immune. About one fifth of all people who catch it will wind up in hospital, and half of those will need a respirator to breathe for them, because the disease will become pneumonia, and somewhere on the order of half of those will die anyway.
With the shortages of equipment, not all those who will need a respirator to have a chance at living will find one available when they need it.
I know people who lived in a police state; believe me, asking people to isolate themselves voluntarily is not indication of a police state. Canada has used quarantine orders for people with deadly communicable diseases going back at least into the 1920s. It's been far less commonly done since antibiotics were invented, but governments still have the power to quarantine both individuals and households. And that is a good thing, because it saves lives.
Maybe if you're not afraid of COVID-19, and don't mind dying, you'd be a good candidate to volunteer as a worker where people are actually sick with the illness.
As for me, I'm older, and likely would be denied a respirator if a younger person also needed it. So I'm on my 4th week now of isolation. I've got a few good years in me yet, and I'd rather live them usefully than throw them away.
I do hope you don't die of the illness, and also that you don't spread it to someone else. And that you see after reading this the reason people are asked to practise physical distancing. Because the longer people are passing the illness along to someone else, the longer it'll take before we can all inivite family and friends over for dinner again. I'd really like to not spend Christmas alone. My birthday's passed already, and Mother's Day is a given. But I'm looking forward to Christmas.