Nothing prepared Patty Hajdu for this 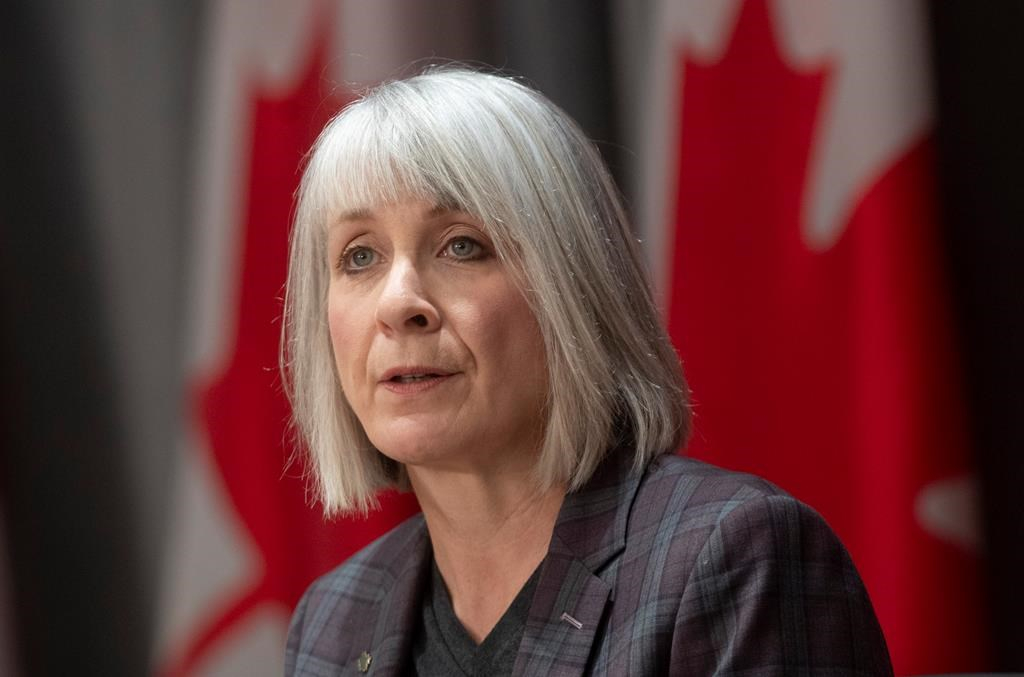 Minister of Health Patty Hajdu responds to a question during a news conference in Ottawa, on Friday, April 3, 2020. File photo by The Canadian Press/Adrian Wyld
Previous story
Next story

Patty Hajdu "fell in love" with cultural anthropology at university.

Now, as Canada's federal health minister in the midst of the COVID-19 pandemic, she's playing a leading role in an existential battle against a virus that promises to change the course of human societies around the globe — the very thing cultural anthropologists spend their lives studying.

"There's a piece of me that's still an anthropologist at heart, if you will," Hajdu said in an interview.

Hajdu also has a background in public health, having worked for nine years on the substance abuse and injury prevention program for the Thunder Bay District Public Health Unit, including spearheading the northern Ontario city's drug strategy.

Her education and experience in public health before entering politics in 2015 would seem to uniquely position the silver-haired, 53-year-old for the lead role she's playing now in the COVID-19 crisis. Yet, she frankly admits nothing prepared her for this.

"As the health minister, obviously I'm focused on all of the things that I have to do in my job to help support this response. But as a citizen of Canada and a regular human being, I'm probably just as much in shock as every other person," she says.

"And there's that anthropology piece again but it's just hard to imagine that society could change so quickly, on a dime."

When she first started at Thunder Bay's public health unit, in her early thirties, she recalls the emphasis on pandemic preparedness and conversations with the unit's epidemiologist who kept warning that the globe was due for "the big one."

"I was like, 'Oh yeah, okay, fine.' Because there's an arrogance to humanity that we couldn't possibly be taken to our knees by a virus, like we know so much more than they knew a hundred years ago, right? And here we are."

When Prime Minister Justin Trudeau offered her the health portfolio after last fall's election, Hajdu figured her priorities would be dealing with the opioid crisis and development of a national pharmacare program. Within a month of being sworn in, news of a novel coronavirus spreading in China popped up on her radar and within another month it had overtaken everything else.

Liberal insiders are relieved to have Hajdu at Health Canada's helm during the crisis. She is widely perceived as one of the government's best communicators — smart and knowledgeable but plain spoken, someone who can deliver tough messages in a calm, down-to-earth way while still managing to convey compassion for people who are fearful or suffering — as she did when she choked up a couple of weeks ago as she urged Canadians to be kind to one another.

But it's not just her Liberal colleagues who are impressed.

NDP health critic Don Davies says Hajdu is "the most engaging and the most willing to reach out" of the three Liberal health ministers he's dealt with.

"It's clear to me that she cares and she's compassionate and she has a big heart ... That usually comes from people who have had, I think, life experiences that have shaped them in that way," he says.

Hajdu gained her early life experiences at the school of hard knocks. She and her brother were raised by an aunt and uncle in Minnesota during their early years. She eventually moved back to Thunder Bay to be with her mother but left home at just 16. She declines to go into details, other than to say it was "a difficult story."

She raised two sons, now adults, as a single mom and along the way earned an undergraduate degree from Lakehead University, with a major in cultural anthropology, and a Masters degree in public administration from the University of Victoria.

After heading up Thunder Bay's drug strategy, Hajdu took on the job of running Shelter House, a homeless shelter which was employing the kinds of harm reduction practices she'd been advocating.

"It was a very needy place and she just pushed boundaries and made it better," says Ena DePeuter, Hajdu's former boss at the Thunder Bay District Public Health Unit. She adds that Hajdu has natural empathy for vulnerable people.

"I think she knew from the ground-level up because she's been in difficult places in her own past and she could relate to people very well."

Hassan Yussuff, president of the Canadian Labour Congress, was similarly impressed when he got to know Hajdu during her two-and-a-half-year stint as employment and labour minister during the Trudeau government's first mandate. He found her to be warm, open, willing to listen, and genuinely committed to trying to make life better for working people.

"When she came into the Labour program, she wasn't from labour but I think without a doubt everybody who worked with her over the period she was there ... really loved her and enjoyed working with her," Yussuff says.

"I think Canadians are quite fortunate to have her as the health minister during this crisis because I think she brings that experience from the community work she had done over the years to the cabinet table. And I think it's unique to have a minister who was in that reality, knowing what it's like to be in the frontlines with people who are struggling with the odds against them."

Feds will step in to enforce strong COVID-19 measures if provinces hesitate: Hajdu