New movie-streaming ideas include a potential game changer, a recent gem and one to avoid 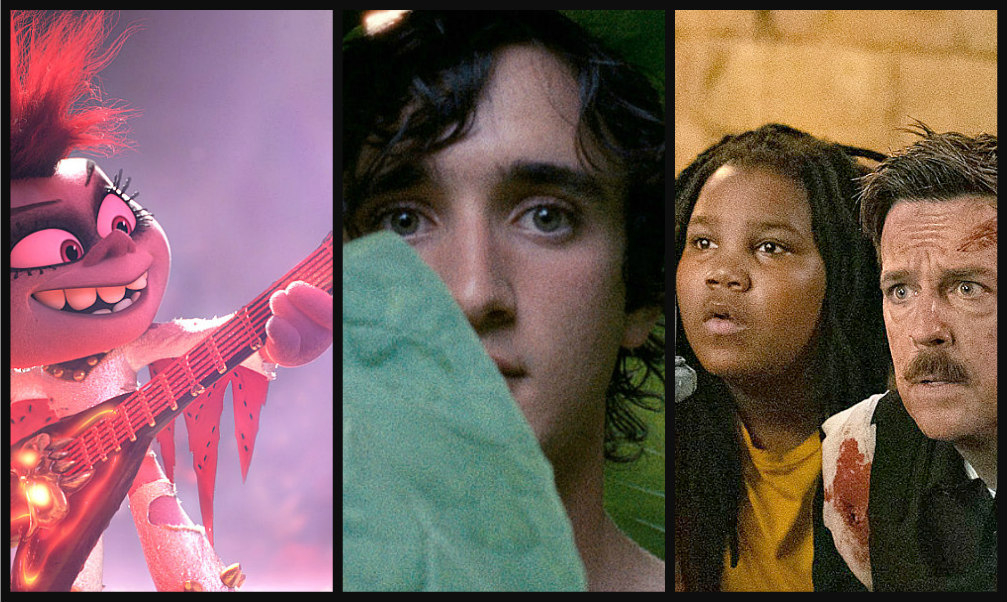 Trolls World Tour, Happy as Lazzaro and Coffee & Kareem are pictured above, with more suggestions below.
Previous story
Next story

With the movie theatres dark, streaming services are trumpeting what they have to offer. That includes Telus, Cineplex and others, but there is one film that has the industry’s closest attention. Read below about the Trolls sequel. And stay for my other tips.

TROLLS WORLD TOUR: This sequel to the surprise animated hit from three years ago was supposed to be the one big title to open today. Rather than delay it during COVID-19, the studio has opened it on various streaming services, at a premium price. That’s got the industry watching because if they can make it work, it could be yet another challenge to the future of movie theatres.

The film is a good family choice: bright, bouncy and dazzling with even more music than the original, but less of a story. Last time, the toy-offshoot Trolls learned about themselves. This time, they learn about their world, specifically that there’s much more of it than they knew. There are five other colonies like theirs. They’ve become estranged by their different taste in music and are about to get a lesson in the value of diversity. That’s admirable, though it requires some awareness about the rigid divisions among music fans to really get it. Younger kids will probably enjoy the glitz, noise and colour.

Poppy (Anna Kendrick), now queen of her colony, and her pal Branch (Justin Timberlake), apprehensive as ever, set off for a huge celebration of music to which Barb (Rachel Bloom) has invited them. They don’t know that she’s a self-important and overpowering queen of hard rock intent on squashing out all other styles. Classical music, for instance, is “so-o-o boring. Where are the words?” She also sneers at techno. Poppy and Branch are from the land of pop music (as their song goes, “Trolls just wanna have fu-un”) and on their way visit country (Kelly Clarkson sings and Sam Rockwell guides); Symphonyville (where Beethoven music plays over a devastated land) and Vibe City where George Clinton and Mary J. Blige offer a sketchy lesson about cultural appropriation. The fun is in the many bits of music you hear, both originals and familiar (Who Let the Dogs Out?, Gangnam Style, even Hocus Pocus by Focus and a Daft Punk cover). There’s a huge rock concert in a volcano and an ending that’s oddly inconsistent with the film’s message, but it's pure feel-good Hollywood. 3½ out of 5

HAPPY AS LAZZARO: Digging deep down in Netflix’s offerings turned up this gem, which made the festival rounds a couple of years ago, but is a treat any time. It’s mythical, allegorical, enchanting and scathing at the same time. It’s set in, and analyzes, recent times in Italy to regret what has become of society there. (It’s pre-COVID-19, so don’t try to find any connections to that.)

Alice Rohrwacher, who wrote and directed it, shows a sure hand in both aspects of storytelling (she won an award at Cannes for her screenplay) and probably drew on her own growing-up years in rural Italy. She certainly captured the attitudes of both peasants and aristocrats. The setting is a tobacco farm where sharecroppers work, never get paid, but do get lectures to work harder. Lazzaro is a youth who does work hard and, therefore, gets more and more handed him to do. He also falls under the influence of the errant son of the owners and a into bogus kidnapping scheme.

A Rip van Winkle turn of plot then puts him years ahead. The farm is gone; the aristocrats are ruined; the peasants are in the city and still struggling. It’s both a lament and a cleareyed study of how life has changed (or not) in modern Italy. There’s a magical tone in how it’s told and features several solid acting performances, including newcomer Adriano Tardiolo as Lazzaro. 4 out of 5

COFFEE & KAREEM: This one started on Netflix last week, but I had to check it out to see why the reviews were so divergent. The Globe praised it; Postmedia papers trashed it. Also, it’s by a Canadian director and was filmed in Vancouver. Turns out, though, there’s nothing there to recommend it. Unless, of course, you’re one of those who laugh at overdone noise, violence, gunplay, relentless cynicism and children made to spout some of the most foulmouthed dialogue this side of gangster rap lyrics.

It takes place in Detroit. Ed Helms is James Coffee, a cop who’s just been demoted to traffic duty for letting a drug dealer escape. He’s also been sleeping with a black woman (Taraji P. Henson, usually in better films). Her son, 12-year-old Kareem (Terrence Little Gardenhigh), is upset, wants him removed and finds some local hoods to do it. Naturally, one of them is the same on-the-lam drug dealer and when one of his guys kills another cop, Coffee is accused. Kareem has video of it on his phone and the two are on the run (high-speed driving, mostly) from both the bad guys and the cops (most of whom are bad, also). It’s a contrived plot, offensive on race relations more than a few times and prone to frequent bursts of gunfire for no good reason, except maybe excitement. Helms and Betty Gilpin are on opposite career paths; he’s dropping; she’s rising, but not a lot with this one. Michael Dowse, from Montreal, directed. He made the similar and better Stuber last year and is known for cult items like Fubar and Goon from earlier. (Netflix) 1½ out of 5

VIFF’s streaming service has brought back a terrific film that was here only a month ago.

Beanpole from Russia is a deeply felt drama about the effects of war, especially on women. Starring two marvellous newcomers as sickly Iya and party-girl Masha, and directed by Kantemir Balagov, who is only 28 years old, this is a film you’ll remember for a long time. (https://viff.org ) 4½ out of 5

MUBI’s well-chosen and gradually changing lineup of 30 films is as eclectic as ever. It’s added a “Marxist western” by Jean Luc-Goddard and a drama by master filmmaker Satyajit Ray about nationalism and the emancipation of women in India. It also has three films from a leader in schlock movies, the Troma company of New York. Mubi offers a weeklong free trial, but you can stretch that to three months if go to their site this way: https://mubi.com/cinematheque

DISNEY+ has added several interesting titles today: two Night at the Museum films, Edward Scissorhands and Eddie the Eagle. And a somewhat rarity: Maggie Simpson in Playdate With Destiny. That’s the cartoon that played before Pixar’s Onward when it was in theatres until a couple of weeks ago. Disney now owns all The Simpsons shows, too, and has many streaming on the site.

Since it’s April, they also have many of their wildlife documentaries streaming right now. If you go there and watch Dolphin Reef, and come to fear those scary predators, the sharks, try this as a companion piece. Sharkwater Extinction reveals how intelligent they are and how they’re being wiped out by the fishing industry.

It was the final film by Canadian Rob Stewart, who caught beautiful pictures, conveyed his passion, and sadly lost his life because of a diving-gear malfunction. (iTunes, Crave and Cineplex) 4½ out of 5