Drop in noise pollution a bonanza for earthquake scientists 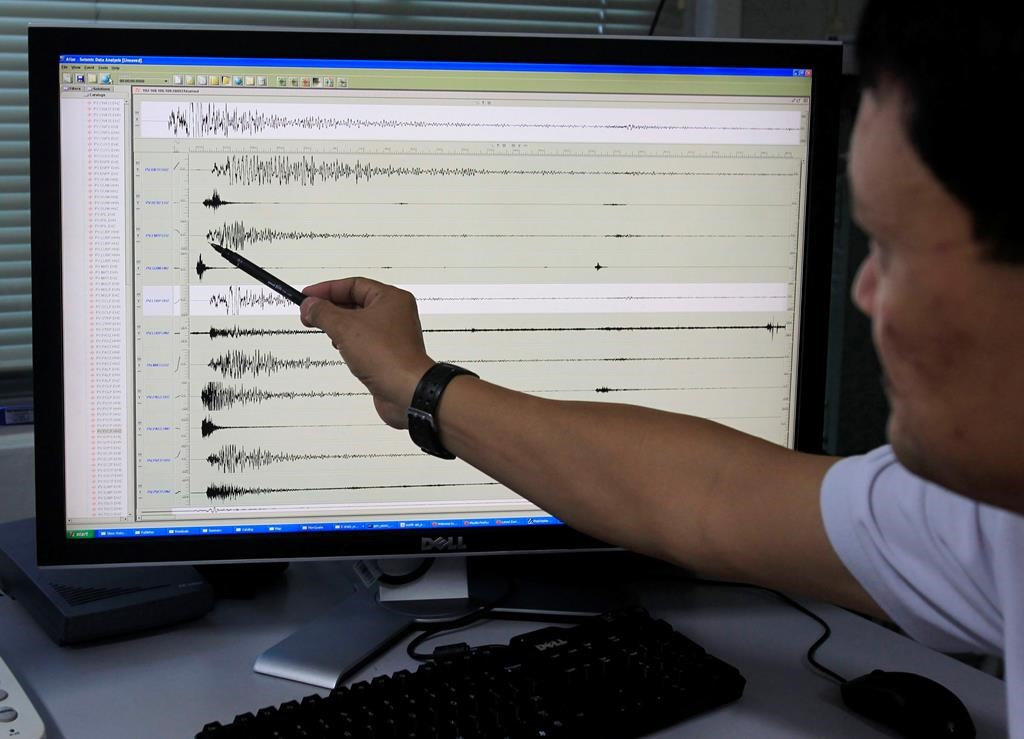 PHIVOLCS staff points to the digital seismograph of the magnitude 6.8 earthquake which hit central Philippines on Feb.6, 2012 at suburban Quezon city northeast of Manila, Philippines. File photo by The Assoicated Press/Bullit Marquez
Previous story
Next story

For earthquake scientists, having hundreds of millions of people off the streets and out of the skies is providing a bonanza of data about the planet.

All those planes, trains and automobiles that aren't running because of stay-home policies meant to fight the spread of COVID-19 have cut noise pollution in some cities by more than half, allowing seismologists to record sounds from inside Earth they never could before.

John Cassidy, an earthquake seismologist with Natural Resources Canada, says holidays like Christmas are the closest we ever get to these low levels of background noise and that's only for a day at a time.

"It's really unprecedented to see this level of quiet," said Cassidy, who is also an adjunct professor at the University of Victoria.

Cassidy said things changed so quickly in terms of the lockdown few had thought much about the impact on noise until a scientist in Europe noticed it happening and the news began to spread through the community quickly.

In Canada, in the third week of March, major cities began to see traffic disappear almost to nothing, with normally packed freeways at times free entirely of cars. As international flights were cancelled, and domestic travel slowed, air traffic dropped significantly as well. Many big manufacturing plants also reduced hours or closed completely during the lockdown.

Many of Canada's seismology stations are not in big cities on purpose, to reduce the noise pollution all the time. But for ones that are, like in Montreal and Ottawa, the drop in noise after the lockdowns began mid-March was immediately noticeable.

In Montreal, noise dropped more than 40 per cent, in Ottawa 33 per cent and in Calgary, the drop was more than 60 per cent. In Victoria, where the station is located away from high-traffic areas, the noise drop was a bit smaller at almost 19 per cent.

In big cities that are considered high-risk earthquake zones, like Los Angeles, the data is particularly useful.

Cassidy says without the seismographs picking up all the human-generated noise, scientists are recording small earthquakes all over the world that normally go unnoticed.

Canada normally records between 4,000 and 5,000 earthquakes a year, most of them on the smaller scale and not felt by people. Cassidy said for every 2.0-magnitude quake, which can be strong enough to sway trees or cause a small ripple on the surface of a lake, Canada will experience 10 earthquakes at 1.0 magnitude, which are only felt below the surface and noticed by seismology equipment.

And for every 1.0 quake, there are 100 that are magnitude zero. It is those magnitude-zero quakes, or some that are even smaller, which are now being detected.

The extra information is helpful for everything from monitoring active volcanoes to better defining fault zones and even developing better images of Earth's structure.

Cassidy said knowing this is going to be temporary, seismologists are working hard to track the data while they can get it.

"It's unusual times," he said.