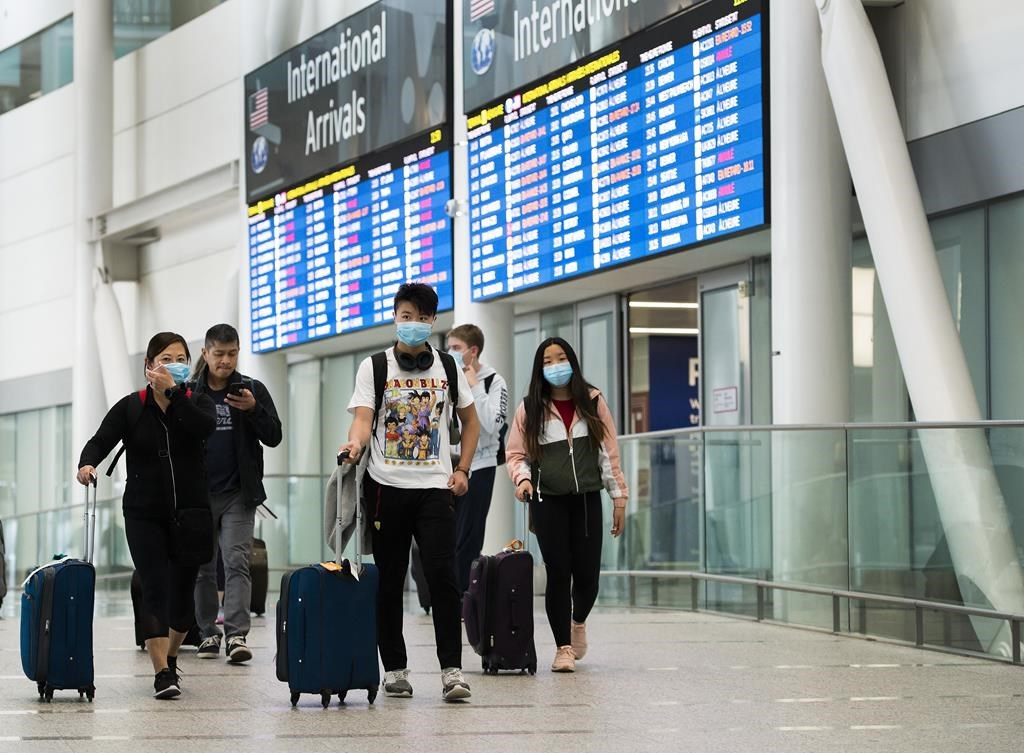 As of Wednesday, all people returning to Canada will have to check in to a hotel or other designated site unless they have an acceptable self-quarantine plan, the federal government says.

Returnees — whether they have COVID-19 symptoms or not — must have an isolation plan that includes access to food and medicine, officials said Tuesday.

People arriving in Canada will also be forbidden to live with vulnerable individuals, such as anyone older than 65 or with pre-existing health conditions.

If a returnee lacks a credible plan, he or she will need to quarantine in a location, such as a hotel, agreeable to Canada's chief public health officer.

"Travellers arriving in to Canada need to make plans in advance for where they will isolate or quarantine," Deputy Prime Minister Chrystia Freeland told a news briefing.

An emergency order under the Quarantine Act already required people returning to Canada to immediately self-isolate for 14 days. The new rule means they'll have to explain their plans upon arrival.

"These mandatory new measures are an additional layer in Canada's actions to protect the health of all Canadians," Freeland said.

Masks will be given to all incoming travellers, even if they are not experiencing symptoms, said Dr. Howard Njoo, Canada's deputy chief public health officer.

Ignoring instructions provided upon entering Canada is an offence under the Quarantine Act, with penalties of up to six months in prison, a fine of $750,000, or both.

Further, anyone who causes a risk of death or serious harm to another person can be fined up $1 million and imprisoned for up to three years.

The government also announced Tuesday it is giving police the flexibility to issue tickets to people who do not comply with orders under the federal quarantine law.

Offences could result in tickets with fines ranging from $275 to $1,000, depending on the seriousness of the conduct.

An individual can pay the ticket voluntarily, avoiding a trial and a criminal record. "This will help save valuable court and enforcement agency resources, which is particularly important during this ongoing pandemic," the government said.

However, the amendments do not prevent police from pursuing a matter through the summary conviction procedure set out in the Criminal Code, should they believe more serious action is warranted, the government added.

It noted the enforcement measures are in addition to provincial and municipal orders that have already been enacted in some jurisdictions.