Carbon pollution in B.C. climbed in 2018, ministry calls it 'unfortunate' but dated 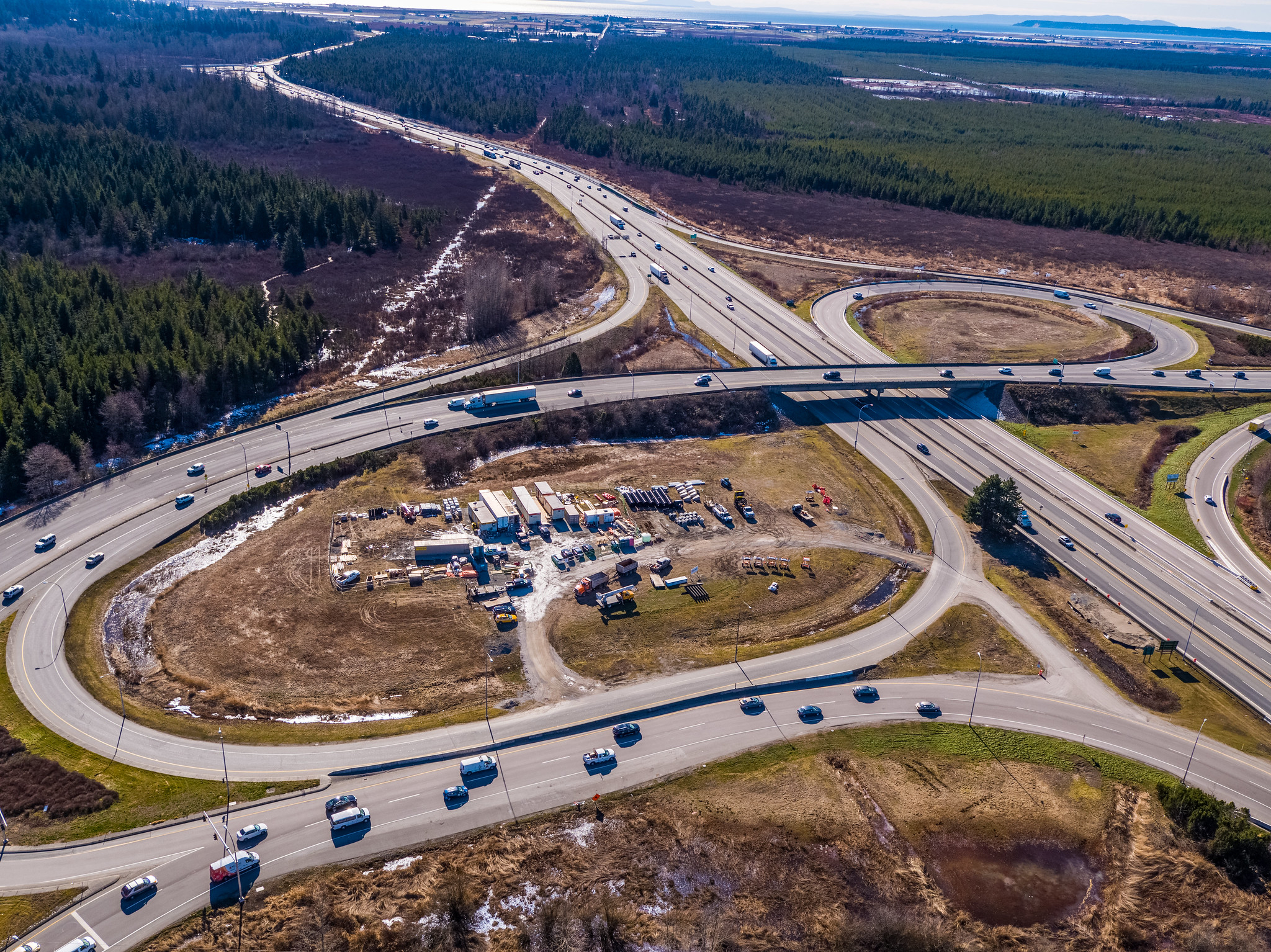 File photo of B.C. highway 91 and 17 interchange in 2019. B.C. Ministry of Transportation and Infrastructure Photo
Previous story
Next story

British Columbia’s carbon pollution grew by three million tonnes in 2018 compared to the year prior, according to newly released figures, a situation the provincial government's environment ministry is calling "unfortunate," but also dated.

Other provinces also saw significant increases during this period: Ontario’s carbon pollution climbed from 155 Mt to 165 Mt, while Quebec’s grew from 80 Mt to 83 Mt. The rest of Canada's provinces and territories stayed the same or had minor fluctuations of one Mt or less.

B.C. has committed to cutting pollution 40 per cent below 2007 levels by 2030 and the B.C. government's CleanBC plan was announced in December 2018. As a result, a government spokesperson argued that the numbers didn't reflect the current reality.

"While it is unfortunate to see an increase in this year’s national inventory, the data does not capture the actions included in B.C.’s climate plan," the spokesperson from B.C.'s Ministry of Environment and Climate Change Strategy said in a statement to National Observer.

"We are fully committed to strong climate action, accountability and a clean economy for everyone through CleanBC," continued the ministry spokesperson, pointing to the province's climate change accountability framework that commits to reporting on progress in meeting environmental targets, as well as B.C.'s climate advisory council.

The inventory report shows that the oilsands, a region in Alberta and Saskatchewan that represents 166 billion barrels of proven oil reserves, was responsible for 84 Mt. Emissions from the oilsands, which are deposits of a heavy, tar-like oil beneath the Western Canadian boreal forest, have grown every year since 2013.

“While our most urgent priority at this time must clearly be COVID-19, it remains the case that climate change presents a threat to our economic and physical well-being" said @JonathanWNV.

Alberta’s emissions have grown by 41 Mt, or 18 per cent, since 2005, “primarily as a result of the expansion of oil and gas operations,” the report stated. Canada has the world's third-largest proven oil reserves after Venezuela and Saudi Arabia. Canada’s oil and gas sector was responsible for the largest portion of the country's carbon pollution in 2018, at 193 Mt, or 26 per cent, up by five Mt from 2017.

Canadian government scientists have concluded that the country and the rest of the world must reduce its carbon pollution to "near zero" by 2050 in order to avoid the more extreme effects of climate change, ranging from floods to wildfires, loss of fresh water and damage to coasts and ecosystems.

Environment and Climate Change Minister Jonathan Wilkinson argued Wednesday that because the inventory report contained data up to 2018, it “does not fully reflect the emissions reductions impact of the federal price on pollution and the impact of many other key initiatives in the current climate plan.”

Wilkinson said he expected the carbon pricing system, which came into effect in 2019 for provinces without their own systems, as well as other programs like phasing out coal power and tightening building efficiency standards will “have a bigger and bigger impact every year.”

"Based on our current climate plan, plus new initiatives we plan to undertake, our government is confident that we will meet and exceed our 2030 target,” said Wilkinson in a statement to National Observer.

“While our most urgent priority at this time must clearly be COVID-19, it remains the case that climate change presents a threat to our economic and physical well-being. When recovery begins, Canada will recover stronger and more resilient by investing in a cleaner future.”

Less coal burned for electricity is having an impact

The Liberals have promised to “exceed” the 2030 Paris target and have also said they will ensure Canada’s emissions will drop to “net zero” by 2050, meaning any pollution emitted would be cancelled out by other initiatives that pull emissions out of the atmosphere.

The inventory report said Canada’s 15 Mt increase from 2017 to 2018 was due to the combined effect of factors such as higher production levels of oil and gas, more fossil fuels used in industry, more emissions from heating due to a colder winter, and more fuel consumed by vehicles.

Most of Canada’s transport emissions are from cars, trucks and heavy-duty transport trucks, as opposed to trains or domestic aviation. Road transportation climbed six Mt from 2017 to 2018, to 154 Mt.

The report says the increase in road transport emissions in 2018 was because Canadians were driving more, there was more diesel available, gasoline sales rose at the pumps, and there were more trucks on the road.

But Canada’s pollution in 2018 would have been even higher, it said, if not for a drop of six megatonnes due to less coal being burned for electricity.

The phasing out of coal power in Canada began almost two decades ago when Ontario, under a provincial Liberal government, began a plan to close its coal plants, the first coal-reliant North American jurisdiction to do so.

Alberta also has a phase-out plan and the Trudeau government has committed to phasing out coal power nationwide by 2030.

Wednesday’s report shows how electricity generation from coal was cut in half from 2005 to 2018 and was a large factor in the 55 Mt drop in emissions associated with electricity and heat production during this period. Coal use has dropped in Alberta, Nova Scotia, New Brunswick, Manitoba and Saskatchewan.

It is hardly encouraging that

It is hardly encouraging that the first reaction of the authorities responsible for achieving legislated emission reductions is to deny the numbers, Calling the numbers "unfortunate" and "dated" instill no confidence that these people will get the job done.

I agree 100%. This reinforces my skepticism that BC will come close to our targets, since the impact of LNG is not included in the 2019 numbers. Hopefully these spokespeople will not take too much credit for the inevitable reductions in 2020 brought about by Covid-19.