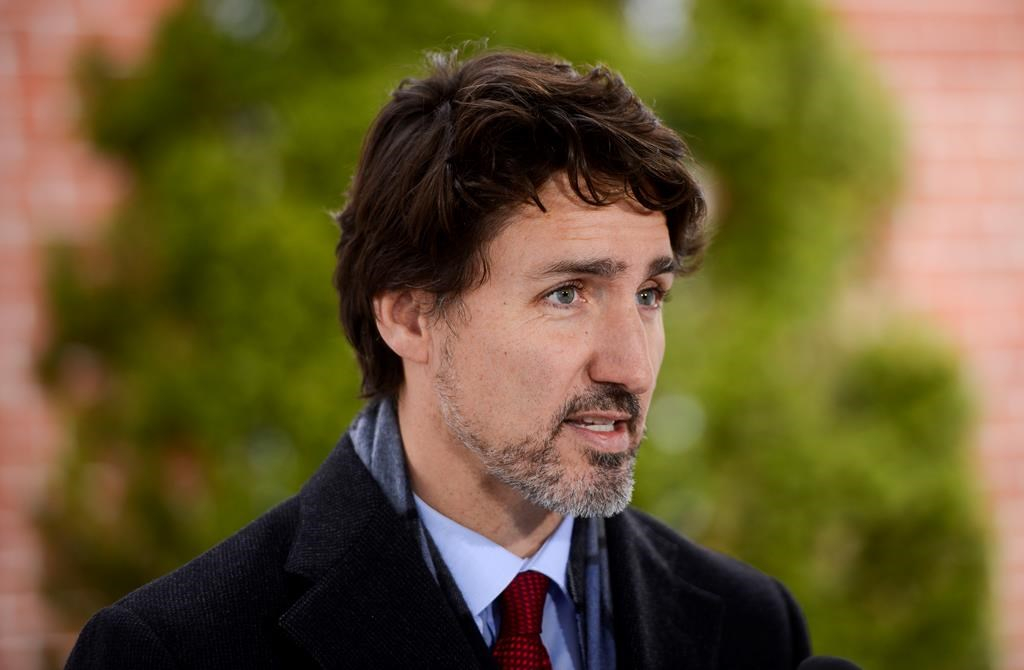 The extra cash would be designed as a financial incentive to keep those workers on the job.

He says a number of provinces are looking at following Quebec's model of adding to the salaries of workers in long-term care facilities and that Ottawa is speaking with them about they might need.

"We are willing to participate in sending money to the provinces to help in those (programs), and we're having discussions with the provinces about what that is," Trudeau said during his daily press briefing outside his Ottawa residence.

"But there are very different needs and situations right across the country and we're continuing to work with different provinces on their different priorities."

Trudeau also said the government will soon announce help for students and other workers who are falling through the cracks of the government's emergency aid programs.

And he brushed off questions about his government's planned rescue package for the country's beleaguered oil and gas sector, saying the Liberals will discuss any help when there are announcements to be made.

Some six million people had filed claims by Sunday night for a $2,000-a-month emergency benefit for help during the first four-week eligibility period.

The second four-week period opened Monday, meaning some previously approved had to renew their application for help while new claims were being filed.

The federal aid figures provide a glimpse into the sharp economic shock from COVID-19, which the International Monetary Fund says will shrink Canada's economy by 6.2 per cent this year.

Its report said heavy government spending in Canada and elsewhere to help households pay bills and businesses to stay afloat may need to be scaled up if the pandemic persists.

Trudeau didn't put a firm deadline on when economic activity will return to normal, only saying that it would be done in phases.

His government is in talks with provinces about how that could work, given that different regions of the country are at varying spots in the pandemic's cycle, with some further along than others.

"The reality is, it is going to be weeks still" before the economy reopens, Trudeau said.

On Wednesday, the Bank of Canada will provide its outlook for the domestic economy and detail its own assessment of the impacts of COVID-19. The bank's monetary policy report will be released in tandem with a scheduled decision on its target overnight interest rate.

The central bank cut its key rate three times in March alone, two of those decisions being unscheduled announcements, to bring the rate from 1.75 per cent down to 0.25 per cent.

But first, Statistics Canada will release GDP figures for March and the first quarter of the year.

The national statistics office says the figures will provide a first estimate of the economic impact of COVID-19.