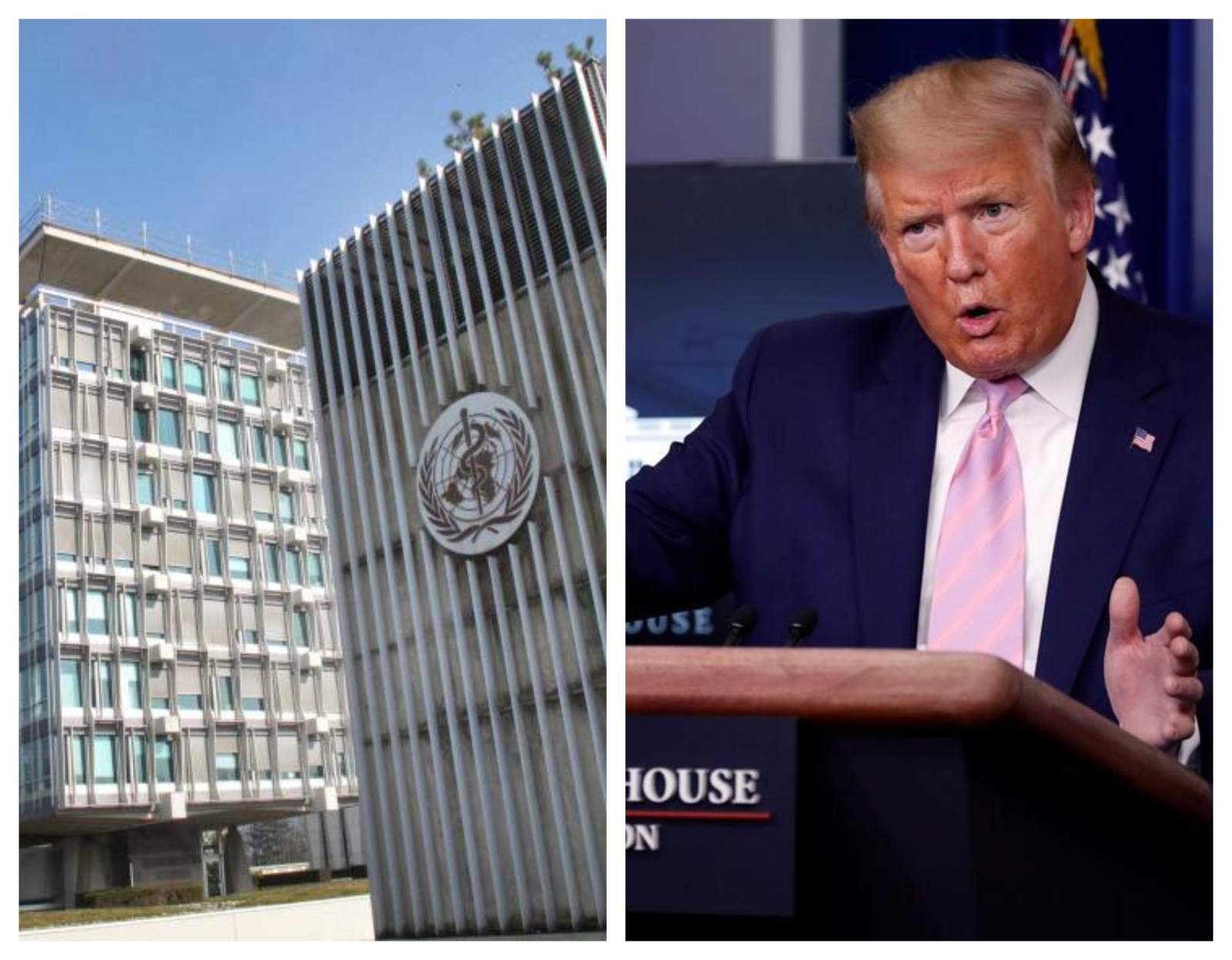 WHO headquarters in Geneva Switzerland. Photo from Wikipedia. Pres. Trump at a White House briefing on April 1, 2020. Photo by The Associated Press / Alex Brandon
Previous story
Next story

President Trump announced this week that he was suspending funding to the World Health Organization (WHO). Trump cited the mismanagement of the COVID-19 pandemic as his motivation for the decision, stating that the WHO had “failed in its basic duty and [that] it must be held accountable".

The US is the largest single contributor to the WHO, funding it to the tune of over USD 400 million per year out of a total budget of nearly USD 5 billion.

By any reasonable assessment, the US handling of the pandemic has been nothing short of disastrous thus far, especially when one takes into account the fact that it is the richest nation in history and that it had ample warning of the advancing plague.

That Trump seeks to juxtapose his decisions with public health officials in the WHO is so transparently and patently false as to defy comment, and certainly not worthy of any further analysis—a rare and tragically straightforward conclusion in an otherwise complex and evolving disaster.

Charges that the WHO mismanaged the novel coronavirus are ludicrous when emanating from a government led by a bungling narcissist whose incompetence stands orders of magnitude above a long line of predecessors, many of whom were themselves a few cards short of a deck.

This is not to say that the WHO is beyond reproach. It should have, for instance, named COVID-19 a pandemic when it had obviously become one, long before the proclamation was finally issued. For it to function well, the WHO certainly deserves—requires—scrutiny and evaluation.

But Trump’s motivation is different. As we have seen in the past, all opportunities are viewed through the prism of power consolidation. What appears to be wild and unhinged reasoning to many observers—both foreign and domestic—has nevertheless proved to be highly effective in bolstering support among significant segments of the American population.

None of this is new in post-World War Two America. Trump is the latest—and undoubtedly most outrageous—manifestation of a deeply entrenched crisis that has gripped the global superpower over recent decades. As an example, in a nod to myth-making, 30% of Americans believe that the virus originated in a laboratory.

Trump does nothing to dissuade such conceptual fabrications, and even stokes them by referring to COVID-19 as the Wuhan virus or the China virus—a disgusting claim that effectively fractured a united front at the emergency G7 meeting on the novel coronavirus last month, as other world leaders refused to fall in line with the message from the bully pulpit.

Predictably, provocative nomenclature has fanned xenophobia--anti-China and anti-Asian sentiment is on the rise in the US—a favourite tactic of authoritarians everywhere who seek to harness the rage of a disenfranchised population.

And Trump knows it. Long before his ascendency, the US has—in ebbs and flows—been hostile to international governance bodies. This has fed the atavistic mindset that is American exceptionalism while deeply compromising international cooperation. Climate change, the arms race, military adventurism. The list goes on.

"Charges that the WHO mismanaged the novel coronavirus are ludicrous when emanating from a government led by a bungling narcissist."

The potential gutting of the WHO could not come at a more inopportune time as COVID-19 rages across the planet. Combatting a pandemic requires coordination that transcends borders and links national efforts and apparatuses.

(As a related point, Trump has also substantially cut funding to the preeminent US public health body, the Centre for Disease Control (CDC), the largest and arguably most important national health organization in the world).

And while COVID-19 is of immediate and grave concern, the impact of a weakened WHO will not end there.

For many parts of the world, the consequences could be far more deep-rooted and pervasive. While COVID-19 will pass, many countries rely on the WHO for expertise and support in dealing with a host of conditions that regularly overwhelm health care apparatuses in regions around the globe.

Diseases which have been largely forgotten in industrialized societies. Malaria. Tuberculosis. Cholera. Polio.

The ongoing struggle for affordable HIV care in much of the developing world.

The omnipresent threat of newly emerging infectious diseases that can easily devastate systems—even, as we are sadly witnessing today, well-established ones.

These conditions affect lives, families, communities and ultimately economies. But with cohesive efforts, their impact can be mitigated and even curtailed.

The WHO—and similar operations around the world—need vigorous support and investment. The US—with its vast resources--has the potential for leadership on a global stage.

At present, that train is sadly careening madly off in the opposite direction.