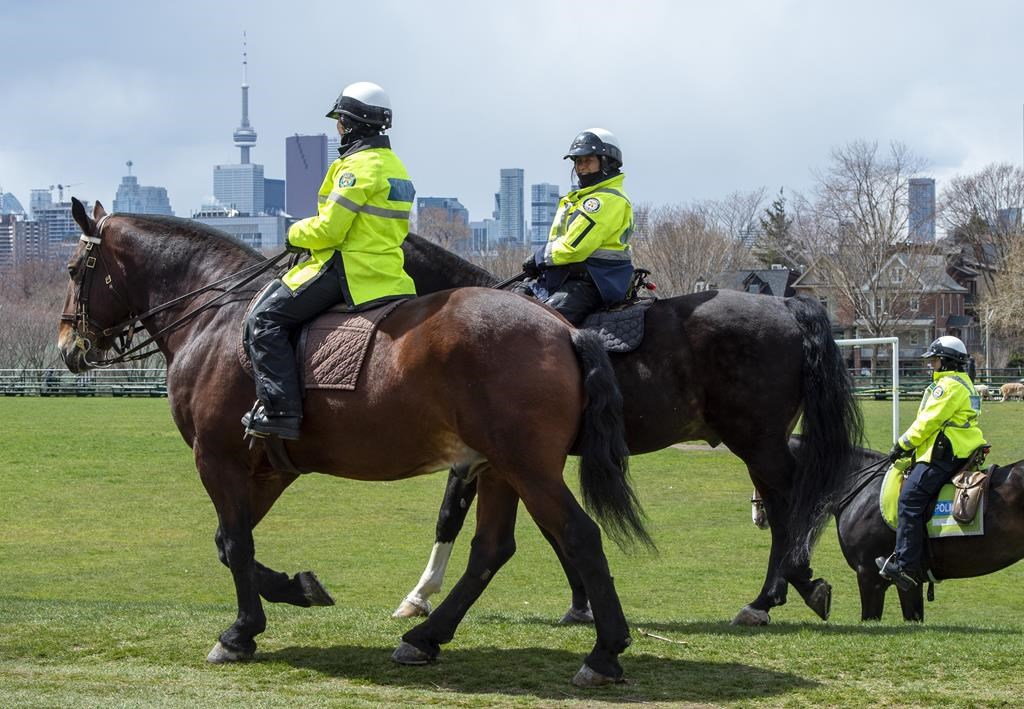 The Canadian Civil Liberties Association says it's going to fight for citizens nabbed for municipal recreational infractions during the COVID-19 pandemic.

"We will be calling for an amnesty on all these tickets and that all the fines be forgiven afterwards, because of the unconstitutional mess that many municipal governments have put us into," said executive director Michael Bryant.

The association has received at least 100 public complaints over the past 10 days from those who have been ticketed by bylaw or police officers for defying emergency management offences such as jogging on golf courses or exercising in parks.

Bryant said the restrictions designed to limit the spread of the novel coronavirus are an abuse of power because the recreation activities involved are usually harmless and should be met with warnings rather than costly fines.

"We don't live in a police state. Politicians should never be giving direction to police or bylaw officers," he said in an interview.

Bryant said the association is looking for the right case to mount a challenge, but expects a Canadian lawyer will take up the cause.

Dylan Finlay may just do that.

The Toronto criminal defence lawyer said he's considering whether to launch his own constitutional challenge after he was fined $880 for doing chin-ups in a city park. Or he may assist those who have approached him for help.

He argues that the laws contravene Section 7 of the Charter of Rights and Freedoms by infringing on life, liberty and personal security.

Finlay said they go overboard by prohibiting the use of soccer fields or baseball diamonds even for an immediate family that isn't coming into close contact with anyone else. It also doesn't take into account families that are cooped up in condos or apartments with no access to a yard.

"I wish the government would treat people like adults," he said, adding that education has worked to encourage people to physically distance to stop the spread of the virus.

He said society can't and shouldn't police its way out of a pandemic.

"The world's a different place and it's not because of strict laws with heavy-handed sort of police enforcement. It's because people are voluntarily deciding to agree with the government."

General deterrence exists in the law, but issuing a fine of more than $800 to a person receiving $2,000 a month in emergency federal government assistance is raccoon and overly punitive, Finlay said.

Finlay acknowledges that COVID-19 is a health emergency and supports physical distancing.

"I'm sympathetic with what the government's trying to do, I just think that these restrictions as far as they go to parks, they go too far."

Bryant said Winnipeg and British Columbia are models for taking the right approach to preventing the spread of the virus.

Instead of handing out fines, bylaw officers inform and warn the public. And compliance is strong.

"And that's in Winnipeg, which is notoriously over-policed and where there's a high per capita crime rate."