Feds protect Cdn companies from foreign takeovers due to COVID-19 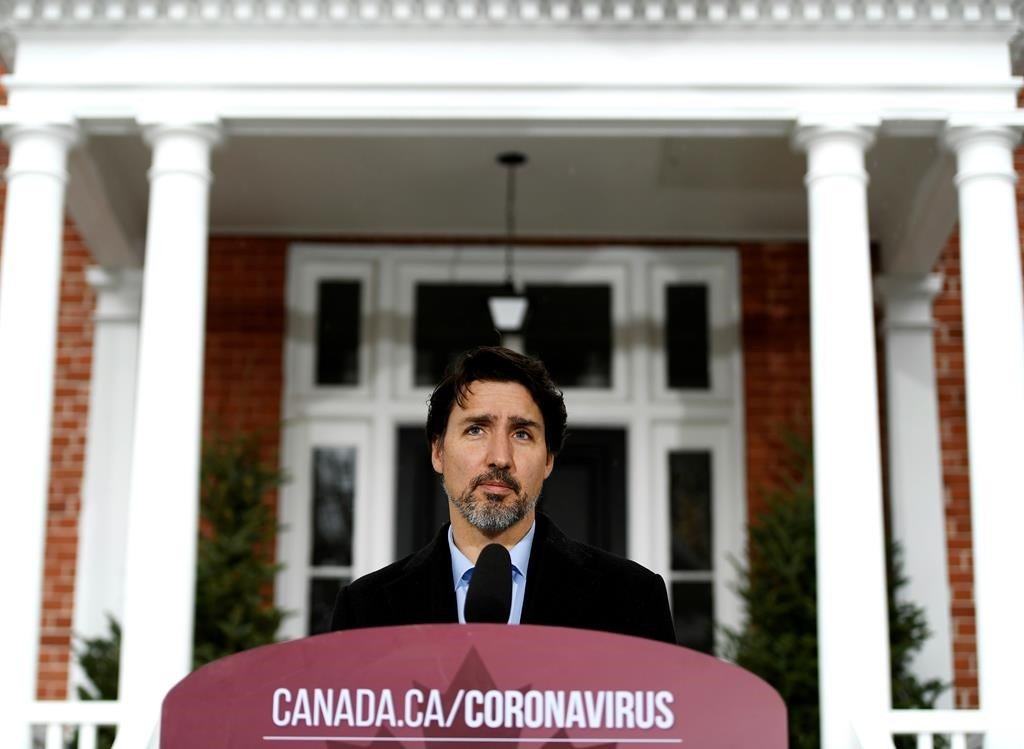 Prime Minister Justin Trudeau speaks during his daily press conference on COVID-19 in front of his residence at Rideau Cottage in Ottawa, on Sunday, April 19, 2020. Photo by The canadian Press/Justin Tang
Previous story
Next story

The federal government has moved to protect Canadian businesses battered by the COVID-19 pandemic or producing medical supplies from being gobbled up by outside interests by tightening the rules around foreign investments and takeovers.

The new measures announced over the weekend follow the lead of other countries in Europe and elsewhere by adding additional scrutiny to a range of proposed investments and transactions until the economy recovers from the pandemic.

"We recognize that countries around the world are looking at their own regimes and recognizing there are vulnerable businesses that are going to be important to our recovery who are perhaps exposed to foreign purchases in a vulnerable time," Prime Minister Justin Trudeau said Sunday.

"So we will be strengthening our oversight and paying close attention to foreign investment in this country to ensure that there aren't people taking advantage of this crisis."

Foreign investments in Canadian businesses that deal with public health or the provision of what the government loosely defines as "critical goods and services" are among those that will get an extra close review, according to Innovation, Science and Economic Development Canada.

The federal government will also be examining all investments by companies or entities with direct or suspected links to foreign governments while some other investments will be required to apply for approval from the federal industry minister.

The added scrutiny comes as countries around the world are ramping up their at-home abilities to produce critical medical supplies and personal protective equipment for health-care workers and others working on the frontlines during the COVID-19 pandemic.

"As we strengthen our own domestic industry and production, we wouldn't want a foreign investor to be able to take that production that is being made for Canadians in this moment of crisis and send it overseas," Trudeau said.

"We also recognize that there are perhaps some startups with brilliant ideas that are facing a cash-crunch right now that we would very much want to remain Canadian for the coming years who could be exposed to predatory foreign investors."

The government's decision to add an additional layer of scrutiny is "prudent" given the circumstances in which Canadian businesses are currently finding themselves thanks to COVID-19, said Brian Kingston, vice-president of policy at the Business Council of Canada.

"Given what's going on right now and the fact that corporate valuations are down, there is a risk that there might be opportunistic efforts by state-owned companies, other governments around the world to acquire companies in this environment," he said.

At the same time, Kingston hoped the measures announced by the federal government and other countries are only temporary given Canada's reliance on trade and foreign investment for its economic prosperity.

"My hope is that this is temporary in nature," he said. "Of course countries will take a more strategic look at their medical supply chains just to make sure that they have built-in resiliency. But I'm hoping that this isn't a permanent shift to a greater level of protectionism."

Thank goodness - some sanity being restored to the galloping, frantic globalisation and concentration of capital.

There are times when local production becomes a neccessity - like now, when foreign owned businesses whose loyalty to the home country iresults in the diversion of their products to said country. This glaring example points out the harms done in the name of short term asset stripping market manipulation and concentration.