What does reaching the COVID-19 peak mean? 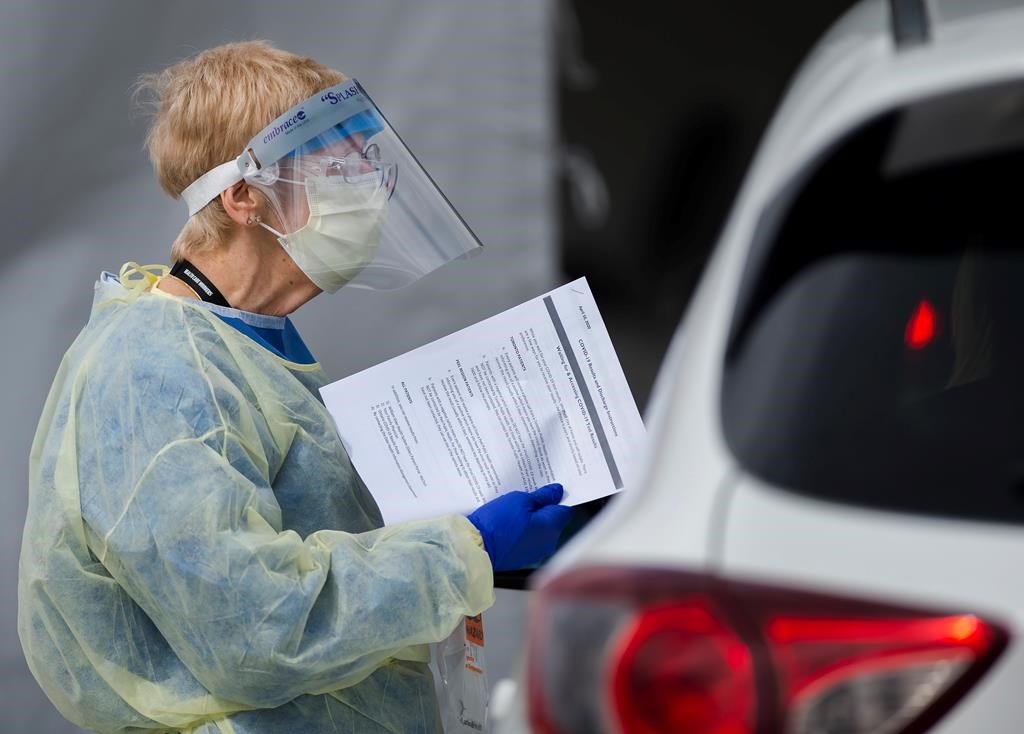 Healthcare workers do testing at a drive-thru COVID-19 assessment centre at the Etobicoke General Hospital in Toronto on Tuesday, April 21, 2020. Photo by The Canadian Press/Nathan Denette
Previous story
Next story

The latest round of government projections related to the COVID-19 pandemic includes an increasingly common phrase — reaching the peak. But what exactly does that mean? Some experts weigh in:

What does it mean to reach a peak in a pandemic?

Infectious disease and statistical modelling specialists say to reach the peak in a pandemic curve means that the number of new cases has begun to level off rather than continuing on a sharp upward trajectory. Such a scenario is playing out this week in Ontario, where public health officials said the province was experiencing the peak of the outbreak in the broader community despite registering some sharp single-day spikes in the number of new cases. The peak has not yet arrived in the province's long-term care system, where roughly half of all cases and deaths have occurred.

"Peaks are not a single day," said Steini Brown, dean of the Dalla Lana School of Public Health at the University of Toronto, as he presented the province's latest projections on Monday. "They're not a nice single sort of spike. They can be a little bit bumpy, they can be prolonged for a period of time, particularly given public health interventions."

Brown said pandemic curves are usually symmetrical in nature — a sharp increase of cases is followed by the plateau or peak, which then gives way to a decline in new diagnoses.

Where in Canada is that actually happening?

While Ontario may be experiencing the peak of community transmission right now, several provinces are already ahead of the game. Public health officials in British Columbia said last week that they had succeeded in flattening the curve, meaning they're past the peak of new COVID-19 cases. Provinces and territories such as Manitoba, Saskatchewan and the Yukon are posting single-digit increases each day, while New Brunswick, Prince Edward Island and Newfoundland and Labrador have gone several days in a row without any new cases at all.

Canada's chief public health officer, Dr. Theresa Tam, has said the national curve is bending but has yet to flatten. Those figures are still fuelled by data out of Quebec and Ontario, the epicentres of the national outbreak. The premier of Quebec, which has recorded more than 20,100 of Canada's roughly 38,000 cases, has said the peak has lightly been reached outside of the province's hard-hit long-term care homes.

This is all good news, right?

Yes and no. Dr. Isaac Bogoch, infectious diseases physician and scientist with the Toronto General Hospital, says it's very encouraging to see the rate of new infections begin to level off. But he says peak times also promise to place the maximum strain on the health-care system, as cases continue to mount at a pace not seen during earlier stages of the outbreak.

What does 'reaching the peak' in the COVID-19 pandemic mean?

Wu noted that disparity is even more evident in parts of the country with lower testing levels, noting those provinces with higher capacity will also uncover more cases.

During a peak period, he said, Canadians stand a higher chance of contracting the virus.

Does this mean normal life can resume soon?

No. Both Wu and Bogoch said physical distancing measures are more important than ever during peak times in order to ensure the number of cases begins to decline as expected.

"Imagine you're in a car and you put your foot on the gas and are driving faster and faster," Bogoch said. "When you get onto the highway and you're going 100 kilometres an hour, that's not the time to open the door and jump out of the car. You have to actually slow down."

What are the most useful stats to keep an eye on?

The many facts and figures presented in government briefings are all valuable in tracking Canada's response to COVID-19, according to both Bogoch and Wu. But for a member of the public wanting only to focus on the highlights, they agree tracking the growth rate of cases over time should provide an adequate snapshot. Both caution against focusing on single-day stats and suggest looking at the overall trend to see if cases are climbing, peaking or declining over time.

This report by The Canadian Press was first published April 22, 2020.

The number of reported cases

The number of reported cases in B.C. is not a good representation of the actual number of infections. You can figure this out from the data. Until March 16 there was an exponential increase; after that there was a constant number of new cases each day. This sudden change could not be a real effect - it had to be and was a change in testing and reporting criteria. Both Dr. Brian Goldman and Dr. Daniel Kalla said publicly that the numbers they pay attention to are hospital admissions and ICU admissions. We all should know by now that there have been people who clearly have the virus but were denied testing; this may have changed now. It has also abundantly clear for a long time that there are many asymptomatic infected people spreading the virus. So how many are infected, and where are they? We really do not know.