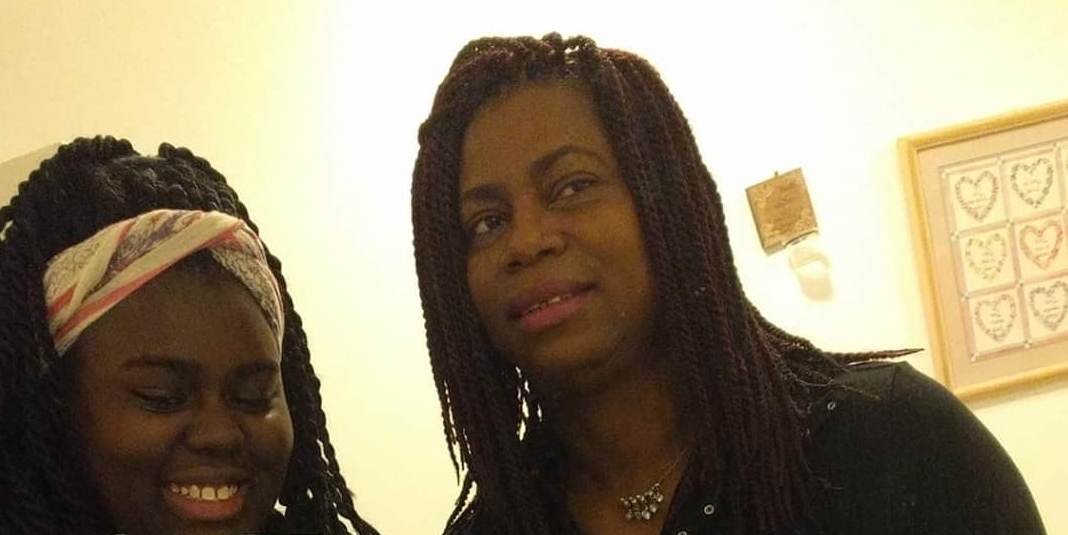 The broadband internet connection in Mikayla Burnett’s Scarborough home struggled to handle the extra load as soon as Ontario schools closed last month due to the COVID-19 pandemic.

The 18-year-old high school student, her brother and two cousins who live with them all need to use it to keep up with their studies, but the increased demand has meant the service — which combined with a landline phone costs the family $150 a month — has slowed to a crawl.

“If I was sitting in my room, I couldn’t hand in assignments. It would be loading for 20 minutes — it would take forever to load a page,” she said.

“I had to use my own (mobile) data, which affected me later on because it ran out.”

“By putting all of our programming online and asking teachers to transition to an online platform, we’ve created a two-tier system,” said Vivian Lee, director for operations and education programming for Ontario at Youth Fusion, a charity working to connect at-risk youth with meaningful educational projects.

In need of excellent service at a decent rate

“We are already sacrificing to get the internet — I can’t afford to sacrifice any more,” said Mikayla’s mother, Marva Burnett, who is president of ACORN Canada.

The national organization of low- and moderate-income families, which has 130,000 members in nine cities, is calling for Ottawa to mandate the provision of free broadband internet to all low-income families and fixed-income seniors during the pandemic and for six months after.

They also want a $30-a-month, post-paid mobile-phone plan that provides 10 gigabytes a month at the highest speeds available.

“The government needs to make sure that we have excellent service and a decent rate,” she said.

Meanwhile, on the other side of the city in Etobicoke, Ankit Patel has had to settle for a laptop borrowed once a week from a friend to help his seven-year-old son engage with the Grade 2 curriculum.

Their situations are far from unique.

While the Canadian Radio-television and Telecommunications Commission declared the internet a basic service in 2016, adoption has not since become universal.

Some 1.4 million households in Canada with income of less than $20,000 do not have landline internet, according to Statistics Canada data parsed by Carleton University's Prof. Dwayne Winseck. Close to another million homes in the $20,000-$45,000 bracket also go without.

The federal government launched the 'Connecting Families' program in 2018 to help connect those receiving the maximum Canada Child Benefit (meaning household income is less than $31,120), but only 55,000 families have so far been able to get online.

Veronique Simard, a spokesperson for Minister of Innovation, Science and Industry Navdeep Bains, said that by December last year all eligible families had received an access code to participate in the initiative, in which ISPs agreed to offer a $10 a month plan (with at least 100 gigabytes data at a target speed of 10 megabits per second) without government subsidy. 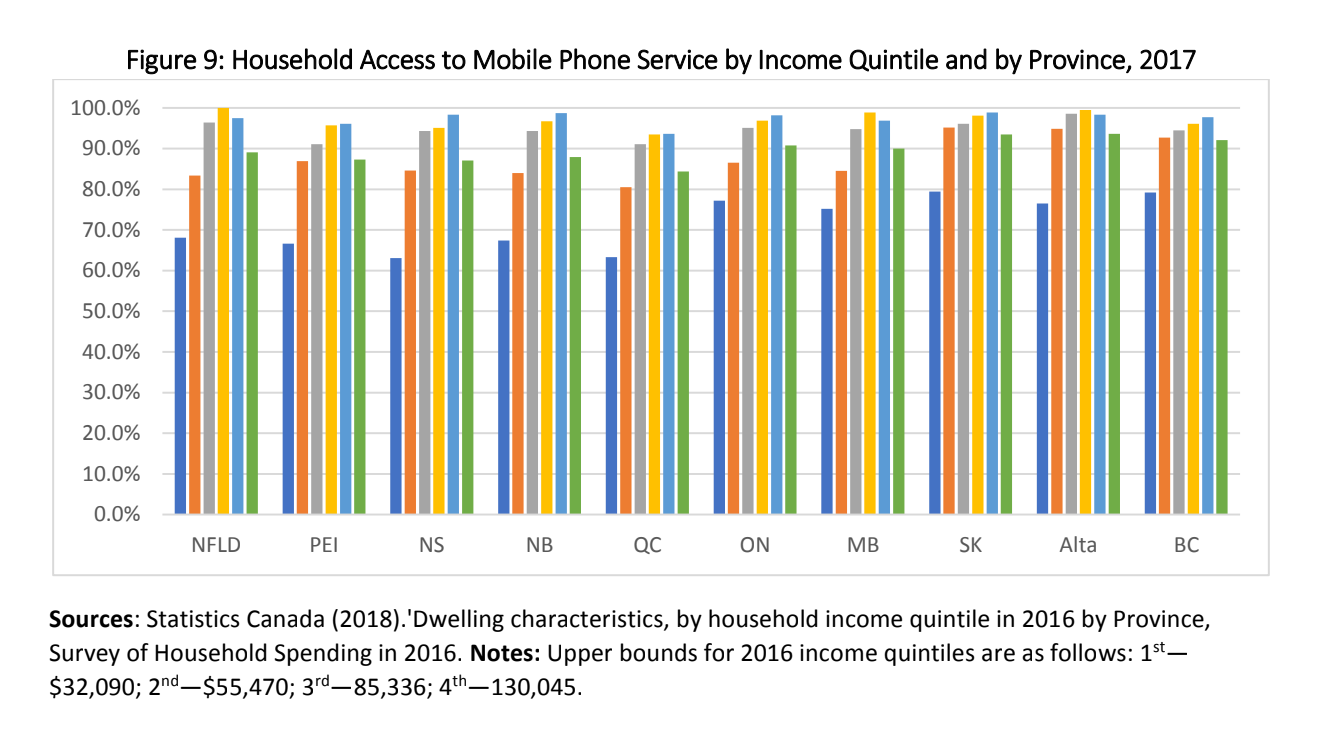 School boards have been scrambling to adjust to the new reality, with the Toronto District School Board estimating it will take until early May to deliver the last of some 50,000 iPads and Chromebooks it is loaning out, mostly collected from the existing inventory of member schools, to reach affected families.

The board, the largest in Canada, said more than 7,000 students required either a device and internet connection or just a connection. It had secured some 6,500 iPads with a mobile internet connection for this purpose, with telecom company Rogers Communications covering the data costs until the end of June.

“There are lots of equity issues, in terms of access to technology,” said one administrator in the York Region District School Board, which includes GTA cities Markham and Brampton as well as large rural areas.

“I wish I knew the answer to all of those challenges.”

This administrator, who declined to be identified, said there were excellent online resources available, but they largely require the direct instruction that would be more difficult to access by those of more limited means.

“The biggest challenge in this whole process is finding ways to have that personal connection while living in this virtual environment,” they said.

Youth Fusion’s Lee said one principal in rural Ontario, who declined to be identified for this story, had told her he was facing a $600 mobile-overage charge because he had to use his mobile data to secure the materials his roughly 170 elementary students needed.

Neither Rogers nor Bell, the biggest providers of connectivity in Ontario, have so far offered to drop overage charges on mobile bills, another demand of ACORN and other advocates.

Bell said its response to the pandemic included a pause on price hikes, a waiving of additional usage fees for residential internet customers not on unlimited plans and the provision of extra data at a lower price for the mostly rural customers using mobile-connectivity devices such as USB hot-spot sticks.

Rogers has also removed data-usage caps and overage charges for those on limited home internet plans, and launched an enhanced plan for customers who use hot-spot devices to connect to the mobile internet.

Rogers said it would not be able to offer unlimited mobile data via its mobile hot spots because the increased demand could overload the network in rural areas.

“If mobile-wireless-network traffic increases significantly in any one rural area, as it could with unlimited data being used for internet access at home, it would place unsustainable pressure on our network and traffic could slow to a crawl for everyone in that area,” a spokesperson said.

Bains' spokesperson Simard did not respond directly when asked if the government wanted the companies to waive mobile overage charges during the crisis.

"Now more than ever, connectivity isn’t a luxury. It’s essential," she said. "Minister Bains and his team engage regularly with Canada’s telecommunications and internet service providers to ensure that they can continue to provide the essential services upon which we all rely to stay connected and informed."

"The sector acted quickly to ensure the continuation of these critical services in the face of the COVID-19 outbreak and we recognize their important work to support the work-from-home economy. Our government will continue to work to make sure Canadians can stay connected to their families and workplaces during this difficult time."

Carleton’s Winseck said the response of the telecom carriers to the immediate crisis was laudable enough, but that the crisis also highlighted the need for more structural changes.

“They’re decent overtures, but outside of this particular moment, we shouldn’t have to have these ad hoc measures cobbled together on a piecemeal basis that varies greatly across carriers,” he said.

“We should have a framework in place in which such measures are not needed.”