BC gangs changing tactics with closed borders and COVID-19 impact 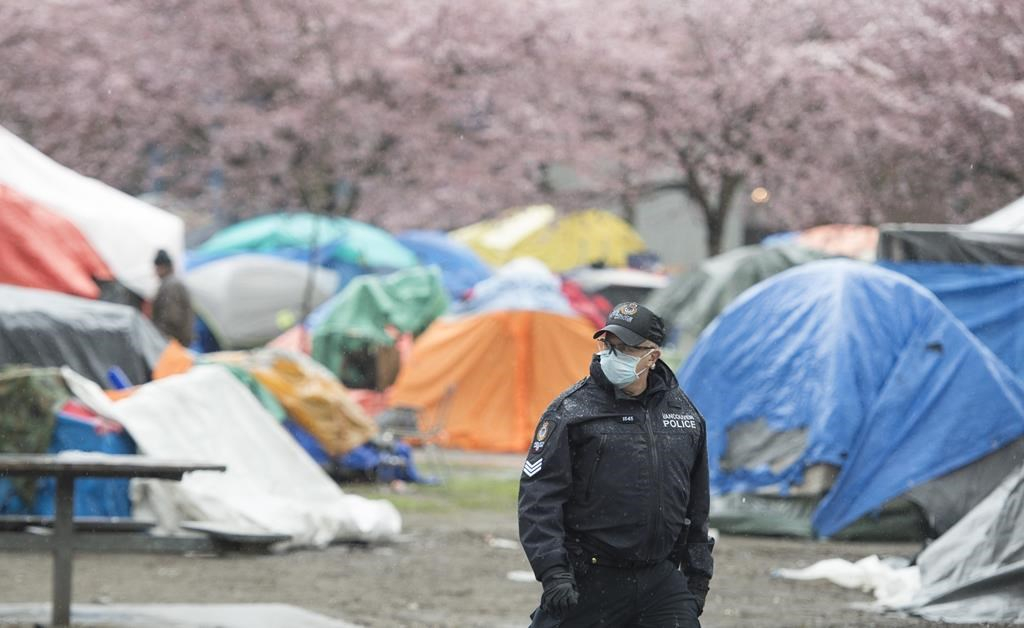 Gangs and organized crime groups in B.C. are changing how they operate and run their illegal business due to the economic impact of the COVID-19 pandemic, police forces say.

Since physical distancing protocols were enacted more than a month ago, illicit drug prices across the province have gone up, the Combined Forces Special Enforcement Unit said.

"Their primary commodity is harder to obtain with borders being shut down, trade and movement of people and goods more regulated and scrutinized. It's resulted in a supply issue," said Sgt. Brenda Winpenny, a spokeswoman for the province's anti-gang unit.

Police are also seeing drugs laced with more cutting agents because of the lack of supply, she added.

But there hasn't been a noticeable increase in gang violence, such as drive-by shootings, with gang members more conspicuous with fewer people are on the streets, Winpenny said.

The Vancouver Police Department has seen a similar scenario, but it has noticed a difference on the supply of illegal drugs.

Investigators are working to understand how Vancouver-based gangs are getting around locked down borders.

"They're still getting their supply. Unless they had stockpiles in the past, which we don't believe they've had," said Roed, adding police couldn't speculate on how gangs were maintaining supplies.

Both Roed and Winpenny emphasized that police will have a clearer sense of how gangs have been affected once the pandemic ends and crime data becomes more available.

One expert said it's difficult to assess all the short-term impacts of the COVID-19 pandemic, but it has prompted gangs to shift to other forms of drug dealing.

"Getting drugs to the streets has been the biggest challenge given how conspicuous this sort of activity can be with fewer people and cars around," said Benoit Gomis, a researcher who focuses on organized crime and terrorism.

"It's forcing them to think of other retail distribution avenues including online sales and courier deliveries."

A rise in phishing scams as well as diversifying into selling essential goods, like personal protective equipment, will help gangs bring in revenue as drug trafficking routes become more restricted, said Gomis, a sessional lecturer at the Munk School of Global Affairs and Public Policy in Toronto and a research consultant at the University of Bath in the U.K.

Winpenny said B.C.'s special enforcement unit fears a rise in the targeting of vulnerable groups, such as children and those who have lost their jobs, as the economic impact of the pandemic extends.

It's a concern echoed by Antonio Nicaso, a professor at Queen's University in Ontario who researchers organized crime and the mafia.

"Loansharking is one of the easiest ways to make money," he said.

Despite impacts to traditional money-making means, such as extortion or sports gambling, Nicaso said many Canadian gangs are in a healthy financial position.

"With a major crisis, they have an opportunity to take advantage. They may take over failing businesses or lend money to their owners to prop them up," he said.

But Gomis believes the pandemic, and the impact it has had on organized crime groups, does offer policymakers a chance to change Canada's approach to drug trafficking.

"Perhaps moving towards a more comprehensive, well designed, public health oriented regulatory framework for more illicit drugs would help give authorities more control, including over quality, supply, price, actors involved and how they respond in times of crises," Gomis said.

This report was first published by the Canadian Press on April 24, 2020.