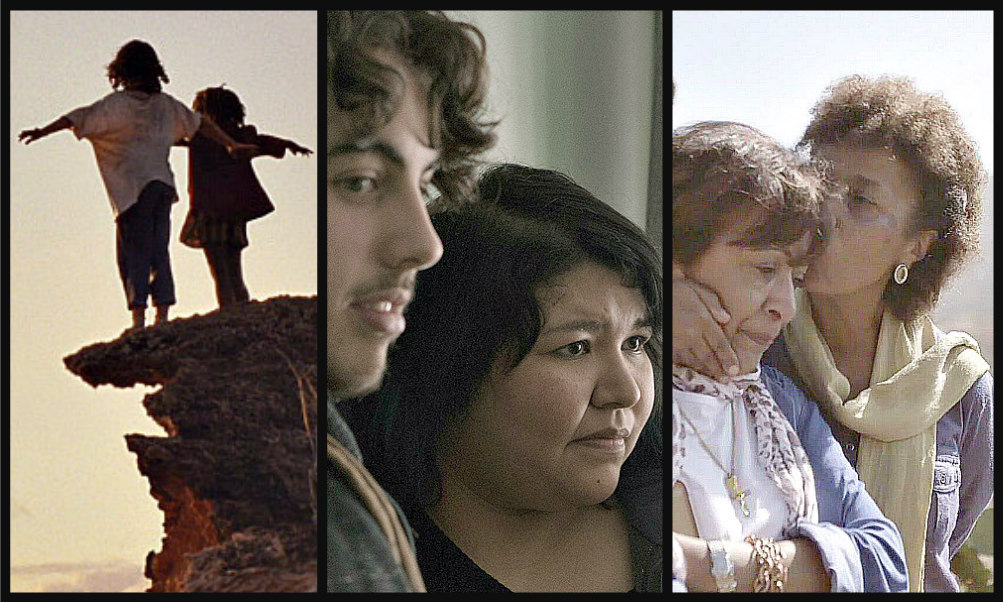 Also two films about mental illness and one about the joy of bookstores.
Previous story
Next story

With the movie theatres shut, the streaming services keep adding … and adding. Cineplex has recent titles (I review one below); HBO Max is about to start an expanded service and Disney+ has created a singalong show with tunes from its huge catalogue of films (with performers like Christina Aguilera, Michael Bublé, Elle Fanning, Josh Gad, Ariana Grande, and many more, plus their families).

One of Canada’s smaller distributors, MK2 Mile End, has started streaming its titles, which include biggies like Parasite (a multiple Oscar winner), Honeyland (two Oscar nominations) and Portrait of a Lady on Fire (sadly Oscar-neglected). And more. Check out mk2mile-endmovies.com

And read here about other films now streaming ...

The Sound of the Wind: 3

WENDY: This one raised a lot of anticipation a few weeks ago, but never got here because the theatres closed. Now Cineplex is streaming it along with other recent films and we can see whether there’s any fuss warranted. The issue: This is the Peter Pan story told from Wendy’s perspective. How does that work? This version is set in the American South, Peter is a Black kid and the film is directed by Benh Zeitlin, who eight years ago made a charmer that was nominated for an Academy Award, Beasts of the Southern Wild. Has he done it again?

The answer is mixed. You’ll enjoy watching it with your family because it takes you into the world of children and gets across the imagination and the adventure in their minds. Wendy and two brothers escape from a dull home, hop on a freight train (suspiciously like in a story she’s been reading), meet Peter and end up on the tropical island where he is king. That’s an OK counterpart to the J.M. Barrie classic, but the central theme here is overdone. “All children grow up,” Wendy says in voiceover. They musn’t, Peter insists. He’s quite a despot pushing that philosophy. He demands his followers express loyalty to a sea monster he calls Mother and resolve to stay children forever. I suppose he means keep your imagination and sense of wonder intact, but on screen it seems to be a literal call to stay young. The allegorical meaning is jumbled, leaving only pretty pictures and good performances by new kid actors and not much extra from Wendy’s view. (https://store.cineplex.com/ ) 2½ out of 5

KUESSIPAN: I’ve been very high on a film called The Body Remembers When the World Broke Open (so have many others, luckily) about a budding friendship between two Indigenous women here in Vancouver. Here’s another one, this time from Quebec, with a very similar good ambience and just as moving, though with a very different story. It’s also about a friendship, this time with a continuing debate about tradition and adjusting to the world today. It’s set on a reserve in the Côte-Nord region where best friends Mikuan and Shaniss declare eternal loyalty as children, but find it hard to fulfil as they get older.

Shaniss is OK with domestic life with her child and a boyfriend prone to violence. Mikuan (a stand-in for Naomi Fontaine, who wrote the novel the film is based on) has ambitions. She wants to go study in Quebec City and shows a subtle talent for writing in the classes she’s taking. She starts hanging out with a white boy and expects he’ll come with her. But can he fit in? He’s already in conflict with Shaniss’s boyfriend over a pub-night incident. The plot skilfully develops all those issues: race, cultural history and survival, a safe community that Mikuan knows versus testing uncertainty outside. As she says, “The reserve is now too small.” Her Innu language doesn’t have a word for freedom, though. The film probes the tensions intelligently under the direction of Myriam Verreault and very natural acting by Sharon Fontaine-Ishpatao and Yamie Grégoire. (Available on iTunes, Vimeo, and Illico) 4 out of 5

FINDING SALLY: There's a very strong and emotional payoff in this documentary about family history amid political turmoil. The location is Ethiopia, but there are important Canadian ties. The filmmaker, Tamara Dawit, was born and educated in Ottawa where her father was posted as a diplomat. An aunt, Selamawit — known as Sally — was also a student there, went back home and was rarely talked about. Tamara set out to find out why and gradually got the story from other aunts and a grandmother.

The family was aristocratic; the father was close to Emperor Haile Selassie. Sally joined the revolutionary movement that overthrew him and then, along with her firebrand husband, ran afoul of the regime that replaced him. And what happened to her during the factional bloodbath known as the “Red Terror” that raged in 1977 and 1978? Dawit follows the trail and along the way gives us a concise history of that time in that country and also sadly an outline of the aftermath of some revolutions. It's a fascinating film that easily combines the personal and, with archival film, the political threads in the story. (It was to be part of the cancelled Hot Docs festival and screens on April 30 on CBC GEM and the Documentary channel.) 4 out of 5

THE BOOKSELLERS: Bibliophiles are sure to like this one. It celebrates books as objects to cherish (and read, of course) through the work of rare book dealers. They can be an eccentric lot, fussing over the latest “artifact” they’ve found and, in one story told by Fran Lebowitz, sometimes annoyed if you come in wanting to buy one. There used to be hundreds of these stores in New York City, where most of this documentary is set. Now there are far fewer, but the dealing goes on faster, helped along by the efficiency of the internet. (Ironic, eh?)

Other writers, Susan Orlean and Gay Talese, add their personal stories about visiting these dusty emporia and finding a treasure. We hear about legendary figures in the trade like Leona Rostenberg and Madeleine B. Stern, who had a tough time breaking into the men-controlled business (research on Louisa May Alcott did it for them). We learn of the driven search by book scouts, a New Jersey warehouse where 300,000 books all have a story beyond what’s inside their covers, that a certain James Bond novel is worth more than Don Quixote and that Bill Gates paid the highest price ever for a book ($28 million). Former film editor D.W. Young directs all this into a breezy, lighthearted film. (Streams at https://viff.org as part of a new documentary subsection) 3½ out of 5

THE SOUND OF THE WIND: This is one of the most realistic depictions of mental illness I’ve ever seen. Until it ends too easily, but until then, it’s stark and revealing. Jared Douglas, a young California filmmaker with this feature debut (after several shorts) lays on suspense befitting a thriller, but around it, builds an authentic view of one man’s paranoia.

Lucio, played tough but scared by Christian Gnecco Quintero, is on the run. We don’t know from what; we only have his assertions and gradually figure out we have no way to really know the truth. All we have is his view of what’s going on, usually through what he tells his girlfriend in phone calls back home to Los Angeles. He’s driving north, claims he’s found a bag of money, people are after him for it, and they’re trying to kill him. He even accuses his girlfriend of turning against him and after one setback (his car stalls), blurts out his feelings on life, or maybe the universe in general: “You’re just never on my side.” We hear of earlier episodes and, in contrast, his love for a young daughter. The impression you get of him is neither romanticized nor evil, but quite possibly accurate. The film starts streaming April 27 on Vimeo and goes wider (iTunes, Amazon, YouTube, and others) May 1. 3 out of 5

SWALLOW: The second film this week about mental illness is potent, well-intentioned, but awfully creepy. It deals with a form of obsession I hadn’t heard about previously called pica. It makes people want to consume objects that aren’t food, sometimes dangerous ones. The woman in this film starts with a marble, then swallows a stickpin (which has her vomit up blood into the toilet) and later other things, including a safety pin and soil from the garden. At one point, she eats pages of a book. It’s a real syndrome and writer/director Carlo Mirabella-Davis drew on experts and clinical notes for authenticity. At times, the film is uncomfortably too real.

Haley Bennett (known from films like True Grit) portrays the victim as a meek housewife with a dismissive husband (Austin Stowell) and a Type A businessman dad (David Rasche). The suggestion the director is making is clear: she’s the captive of a patriarchal society. That’s made more apparent when dad hires a burly Syrian immigrant to watch over her and stop her hurting herself. It’s a warped fairy tale, but pegging her disorder to misogynistic society feels like a stretch and the film’s credibility suffers because of it. A last-section attempt to trace the problem back even further is dramatically effective and more believable. But it’s so tenuous that it feels like a convenience. There’s strong acting and good-looking art direction, though. (The film was popular on the festival circuit last year and will be on Apple TV, Bell, Rogers, Shaw and Telus starting Tuesday.) 3 out of 5