No 'immunity passports' for people recovered from COVID 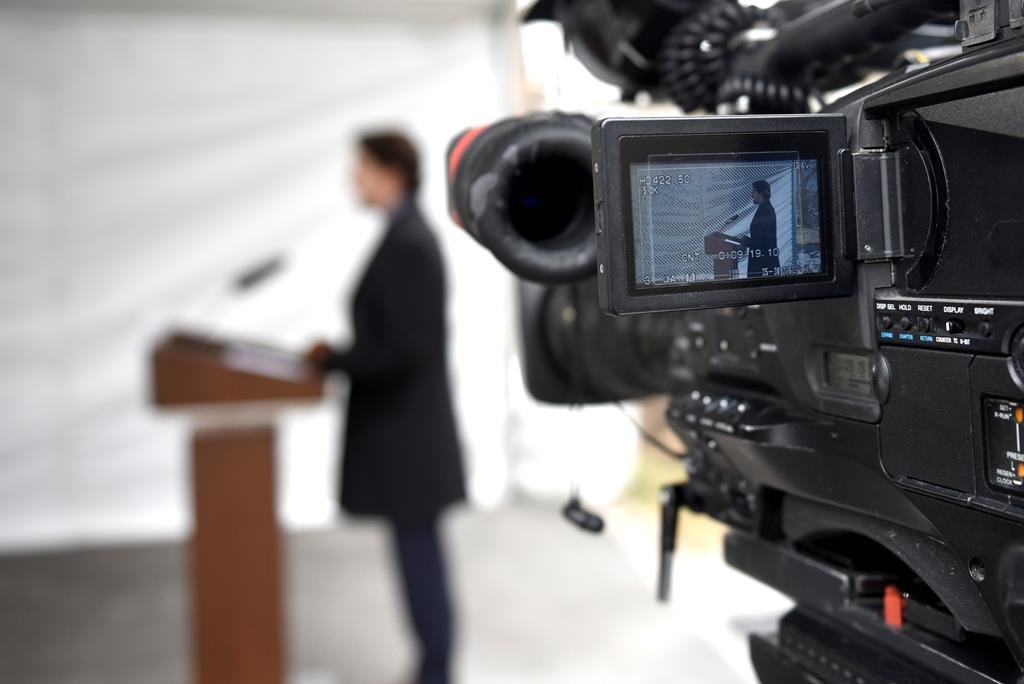 Prime Minister Justin Trudeau is seen on the screen of a broadcast camera as he speaks during his daily press conference on the COVID-19 pandemic, outside his residence at Rideau Cottage in Ottawa, on Apr. 24, 2020. File photo by The Canadian Press
Previous story
Next story

It's premature to talk about "immunity passports" for Canadians who have been infected with COVID-19, Prime Minister Justin Trudeau said Saturday, because the science is unclear about whether those who have recovered from the virus are protected from catching it again.

As provinces begin opening up their economies from COVID-19 lockdowns, Trudeau said none of those recovery plans hinge on people being immune to catching COVID-19 twice.

Trudeau said he spoke to premiers Friday and they discussed a basic framework that provinces will use as they reopen businesses, schools and other institutions. The focus, he said, is on preventing the spread of the virus through physical distancing and personal protective equipment.

"It is very clear that the science is not decided on whether or not having had COVID once prevents you from having it again," he told reporters. "It's something we need to get clearer answers to and until we get those clearer answers, we need to err on the side of more caution."

Trudeau was responding to a recent World Health Organization brief stating there is no evidence that people who have recovered from the virus have antibodies that protect them from getting infected again.

The WHO issued the brief after some countries announced the possibility of providing so-called "immunity passports" or "risk-free certificates" to citizens who have already been infected.

But on Saturday, the international body walked that back some.

"We expect that most people who are infected with COVID-19 will develop an antibody response that will provide some level of protection," the organization wrote on Twitter. "What we don't yet know is the level of protection or how long it will last."

The WHO said scientists around the world are working to answer that key question.

In Canada, the provinces have varying approaches to relaxing public health orders that were put in place to limit the spread of the novel coronavirus.

Newfoundland and Labrador and Nova Scotia, for instance, continue to urge citizens to stay home as much as possible, while New Brunswick announced Friday low-risk outdoor activities such as golf, hunting and fishing were permitted to resume.

Ontario and Quebec announced they would present their recovery plans in the coming week, with Quebec Premier Francois Legault saying his government would detail separate plans for schools and then for businesses.

Legault and the province's director of public health, Dr. Horacio Arruda, have been pushing the idea of "herd immunity" as an approach to re-opening schools. That strategy involves exposing a large proportion of Quebecers to the novel coronavirus in a measured, gradual way, to help them develop a natural immunity.

That theory follows the logic of a vaccination program. When people receive a vaccine, they are given a weakened form of the virus, allowing their immune system to build antibodies to kill it.

"The idea is to go very gradually so that people who are less at risk can develop antibodies to be able to become immune,'' Legault told reporters earlier in the week.

But Dr. Theresa Tam, Canada's chief public health officer, warned against that approach Saturday. She said the federal government has put in place an immunity task force that will investigate how people's immune systems are responding to COVID-19.

She said that since many Canadians have followed physical distancing orders, the percentage of the immunized population is "quite low." And despite evidence that the virus is particularly dangerous to older people and those with underlying health conditions, younger people are still at risk.

"So the idea of generating natural immunity is actually not something that I think should be undertaken," she said. "I personally think that as medical officers, we would be extremely cautious about that kind of approach."

Many of the deaths in Canada have been people in seniors' homes and long-term care facilities, which have struggled to manage outbreaks among residents and staff.

In Ontario, frontline workers in facilities such as long-term care homes, will receive a raise of $4 per hour for the next four months, Premier Doug Ford announced Saturday.

Aside from the long-term care homes, the premier said the bonus will be available for workers in seniors' residences, emergency shelters, supportive housing, social services congregate care settings, corrections institutions and youth justice facilities, home and community care providers and some staff in hospitals.

The premier made the announcement as dozens of protesters took to the provincial legislature to defy physical distancing measures set by the province.

"It just burns me up," said Ford, who called the protesters "reckless" and "selfish."

"We have health-care people working tirelessly, but then we have a bunch of yahoos sitting there protesting as they're breaking the law and putting workers in jeopardy."

This report by The Canadian Press was first published April 25, 2020.