Toronto and Vancouver are in a financial freefall, and Ottawa has noticed 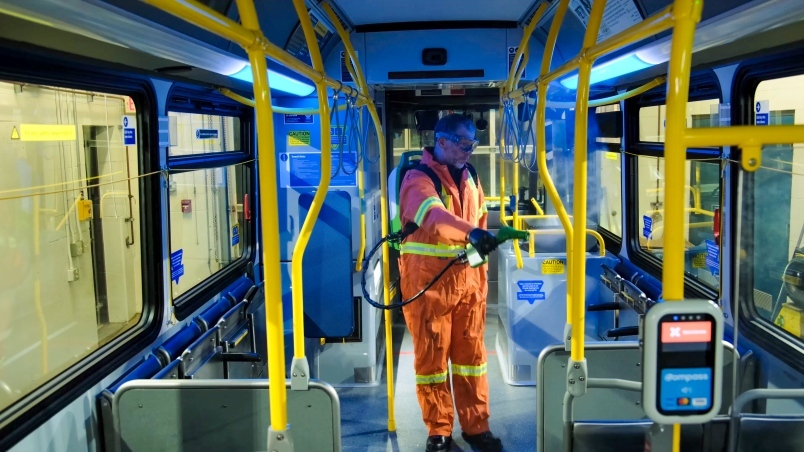 The federal government is holding “ongoing” conversations with the provinces about how to ensure Canadian cities can maintain key services as their budgets are stretched thin from COVID-19, Prime Minister Justin Trudeau said Monday.

Trudeau said he understood that municipalities are “absorbing many extra costs” because of the pandemic. He said Ottawa was examining how to ensure they have the “flexibility and tools” to keep people safe, and services running. “Those are conversations that are ongoing with the provinces,” he said.

The prime minister’s comments follow a push by mayors across the country, including Vancouver Mayor Kennedy Stewart, for emergency federal funding to make up for billions of dollars in lost revenue from things like transit and parking as people stay home and avoid public places to slow the spread of the virus.

The City of Vancouver is expecting to lose up to $189 million this year, Stewart said this month, a number he added could balloon if property taxes aren’t paid. The mayor released the results of a survey April 12 that found 25 per cent of homeowners couldn’t make their whole tax bill.

“Losing more than half a billion dollars in operating funds in 2020 would devastate the city’s financial position, forcing us to liquefy assets and exhaust every reserve fund we have just to avoid insolvency,” Stewart wrote in a statement.

A report from the city’s finance director earlier in April said Vancouver has closed libraries, recreation centres, and theatres, all of which is leading to a drop in revenue of about $4 million to $5 million a week. The city has also temporarily laid off about 1,500 staff. While Stewart clarified later that Vancouver has $130 million in reserves, he said the bulk of that is being saved for other emergencies.

Vancouver is far from the only city facing COVID-19 economic hardship: Toronto is losing $65 million a week, leading to a shortfall of at least $1.5 billion this year, according to the Toronto Star.

PM Trudeau says he understands municipalities are “absorbing many extra costs” because of the coronavirus, and Ottawa is examining how to ensure they have the “flexibility and tools” to maintain key services.

Last week, the Federation of Canadian Municipalities (FCM) called for at least $10 billion to be given to local governments as a direct allocation, using a formula that combines the federal gas tax fund and ridership numbers for cities with transit systems. No provincial matching funds should be needed, it said.

Transit systems are losing $400 million per month on average, said the FCM. It said TransLink in Metro Vancouver is losing $75 million each month. TransLink said April 20 that its ridership was down 83 per cent and it had issued "temporary layoff notices" to 1,492 employees.

It said it was also cutting back service levels for its buses, the SkyTrain, the SeaBus, and the West Coast Express, as well as cutting salaries and deferring maintenance and service expansions.

Parking fees and other payments for things like recreational centres are also taking a bite out of budgets. Mississauga will lose $23 million in rec centre fees by the end of June, while Toronto is losing almost $17 million every month from lost parking fees, said FCM.

Hiking property taxes isn’t a “viable alternative” to federal funding, the FCM argued: even with a large 10 per cent property tax hike, Vancouver would still be in the hole by $130 million.

Metro Vancouver, an organization that represents 21 municipalities in the area as well as Tsawwassen First Nation, is also calling for more financial support from the federal government, as is Marco D'Angelo, the CEO of the Canadian Urban Transit Association.

"Other modes of transportation, such as airlines, are covered by some sort of government relief. Other countries have already helped public transit keep moving during this crisis. Here, that’s yet to be the case," D'Angelo said Friday.

Cities are the constitutional responsibility of the provinces, something Trudeau reiterated in his comments Monday. Provinces have been looking at whether cities should be given more powers to deal with cash-flow issues — it is illegal for Vancouver to run a deficit, for example.

On April 16, B.C. Municipal Affairs Minister Selina Robinson said cities could run a deficit for the year and balance the books by the end of 2021. B.C. also unveiled a new approach that allows cities to borrow from their reserves with no interest over five years.

But Stewart has called that a “poison chalice,” saying the city would be forced into big property tax increases anyway as it works to pay off the debt.