B.C. says firms can chop down whole trees for pellet fuel if they are ‘inferior’ 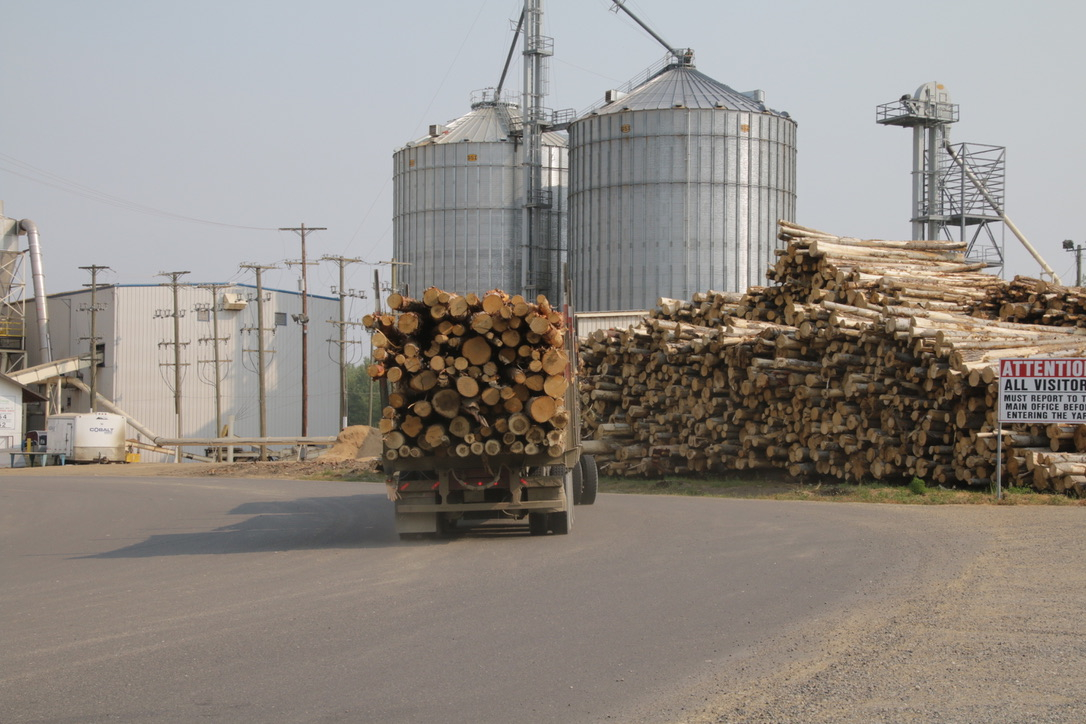 Companies can cut down whole trees to be ground into pellets for fuel if they are “inferior,” says British Columbia’s natural resources ministry, a position that has led to concerns the government is "rebranding" old growth forests as low-quality in order to justify logging them.

B.C.’s Ministry of Forests, Lands, Natural Resource Operations and Rural Development told National Observer on April 27 that “timber harvesting has evolved over time” and that the industry is now focusing on sending “high-quality” lumber to sawmills.

Other whole trees, the ministry said, can get sent to plants that manufacture wood pellets, a type of biomass fuel that is burned for heating or electricity and is made by compacting together wood material.

“Inferior logs that are not suitable for manufacturing because they are aged, or charred from wildfire, get directed to other facilities, such as pellet mills,” confirmed a spokesperson with the ministry.

But that’s a disturbing change from how the provincial government has portrayed the wood pellet industry in the past, argued Michelle Connolly, director of the volunteer-run community group Conservation North, and Tegan Hansen, forest campaigner for the non-profit environmental organization Stand.earth.

They say that in past communications, the B.C. government has talked more about using “waste” wood or “residuals” from logging or sawmills, like dead timber, tree branches or sawdust, to manufacture pellets, a growing industry in Canada that exports over three million tonnes a year.

From 'wood waste' to primary forests

A month later, Ravi Kahlon, parliamentary secretary for the natural resources ministry, announced $27 million in grants at a Prince George facility owned by another wood pellet producer, Pacific BioEnergy, to “help increase the use of wood fibre.” The government said it would ensure “more wood waste will be turned into electricity, heat energy and pulp products to help achieve B.C.’s and Canada’s climate change targets.”

B.C. says companies can cut down whole trees for pellet fuel if they are “inferior,” leading to concerns the government is "rebranding" old growth forests as low-quality in order to justify logging them:

Connolly and Hansen said the government’s position on wood pellets suggests it is straying from using areas that have been logged in the past to so-called primary or old growth forests, where ecological processes have not been disturbed. They say B.C. holds some of the most carbon-rich forests in the world, but they are in danger of being overexploited.

“The B.C. government appears to be rebranding primary and old growth forests as ‘waste,’ ‘inferior’ or ‘low-quality’ in order to justify allowing companies to level them and grind them into pellets,” said Connolly.

“Keeping natural forests intact, in particular old forests, is actually one of our best hopes for addressing climate change. Exploiting forests for bioenergy will make climate change worse, not better.”

Hansen agreed: “it seems like the province is calling ecologically rich, primary forests ‘inferior’ in order to justify logging them for pellets. That is deeply concerning,” she said.

“From what I've seen, the province's communications are potentially misleading the public about the sector's impacts on forests and the climate.”

Environmental groups have long pointed to evidence that untouched forest, not just waste wood, is being cut down to feed the global pellet industry, and that ecologically important primary forests do not represent a renewable resource since they take a long time to regrow, while pellets release carbon pollution into the atmosphere instantly when burned.

“Full use of fibre provides for an integrated and diverse sector to maximize a log’s value,” the spokesperson wrote. “Growing the next generation of forests is key to meeting the province’s and Canada’s climate commitments. Much of the land that is targeted to be reforested is the land impacted by bark beetles and wildfire.”

But Conservation North and Stand.earth released a report April 23 that said companies are clear-cutting in the B.C. Interior “under the pretence of harvesting insect-infested trees” and pellet plants have obtained wood harvest due to “apparent spruce beetle infestation” despite a 2019 investigation turning up little evidence of a beetle attack. It also says burning wood pellets for power generation is worse than coal at the smokestack.

The report singles out the two wood pellet companies highlighted by Horgan and Kahlon, Pacific BioEnergy and Pinnacle Renewable Energy, as using whole trees in their pellet production. It includes photographic evidence of a logging truck entering the Pacific BioEnergy facility with “large, old trees,” as well as recent satellite imagery showing large piles of logs at that facility and another run by Pinnacle Renewable Energy.

National Observer asked questions to Pacific BioEnergy and Pinnacle Renewable Energy on April 22, April 23 and April 29 as well as the industry group, the Wood Pellet Association of Canada, on April 29 and did not receive a response before publication.

I & 1,000s of other BCers --including orgs like Ancient Forest Alliance, Sierra Club, Wilderness Committee & more-- have been loudly protesting the BCNDP's blind acceleration of Old-Growth logging in BC, in direct opposition to their latest Old-Growth Review (which they've yet to address) & countless broken promises vis-a-vis revising BC Forestry to align with our climate goals & dire threatened-species urgency.. Reading this article -- as well as witnessing the insane number of chock-full logging trucks i personally see barrelling down the Lougheed Highway alone AND the increased number of abandoned burn piles which would be better & more sustainably applied to wood pellet exportation -- affirms my ZERO FAITH that these dubious lawmakers are working for taxpayers' futures at all.. In fact, i've no doubt they are currently FAST-TRACKING logging of BC's precious C02-sinking Old-Growth threatened wildlife habitats as i type this..
The link below shows my latest photos (taken April 2020) showing some of the many burn piles lining Harrison East Forest Service Rd. alone, as just ONE example of the abundance of SUSTAINABLE sources that should be used for this sector of the industry -- among the major revisions needed NOW in our UNSUSTAINABLE logging industry, to save the last of our unique Old-Growth stands that are KEY to staving off disastrous Climate Change/ ecological breakdown..
https://photos.app.goo.gl/rFHyw6WQ8NHyxKZ1A